Hero Royale is a new strategy-based merger that has just arrived on Android.

Introduction to the game

Hero Royale is a PVP merge tower defense where you can enjoy real-time, fast-paced battles. It has been developed by Type Ten Studios.

In Hero Royale, your objective is to build the ultimate battle deck and protect your kingdom from monsters. You will have two types of cards - hero and ability. To build up a powerful deck, you need to unlock heroes. At the start, there will be five heroes at level one, with one primary hero, a crusader. With your ability cards, you will be able to collect special abilities that can be used to defend. There will be seasonal and daily tasks to perform and various special offers to claim as you level up your rank.

You can merge heroes to increase their efficiency when fighting against monsters. When you start the battle, you will have to select a boss, and there will be a piper to keep an eye on the monsters. At the end of each level, you will need to bring down your chosen boss. As you progress, you will enjoy a quick real-time battle between other players to protect the kingdom from monsters.

The gameplay is quite interesting, but you should be cautious when playing with the heroes in the deck because of the fast-paced matches. Every level will have other heroes, skills, tasks, and offers. Some crusades will be unlocked after getting 150 trophies, and also, there is a premier pass for a fixed time interval. You can check out the trailer below to see some gameplay. 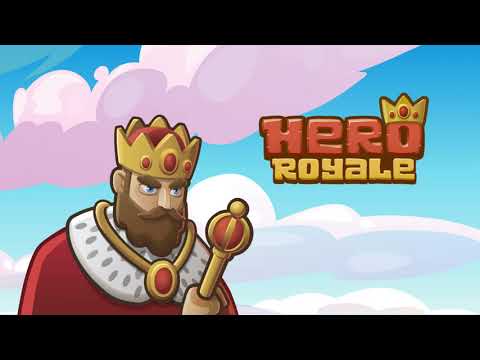 It is out now on Android

Hero Royale has just been released worldwide on Android. You can get it from Google Play. There are no updates about the launch on iOS.We will make sure to update you if any news about it arrives. Also, check out our list of the Top 10 best Android paid games.
Next Up :
Legionlands, is a classic auto-battler, out now on Android in early access