Dreamplay Games has released a role-playing game about crafting called Hero Craft. It is out today for iOS and Android devices.

It’s an isometric 3D game where you play as a character made out of 3D pixel blocks that you can customise with a simple touch. From a knight, to a warrior, a wizard, samurai, ninja or robot, the role you take on is truly up to your own imagination. You can create any character that you envision, and play either alone or with other players from around the world.

As a crafting game, you’ll obviously be spending a lot of your time making new items and equipment. You can create fancy weapons, armour, and other items to help you on your adventures or share with other players to give them a leg up. 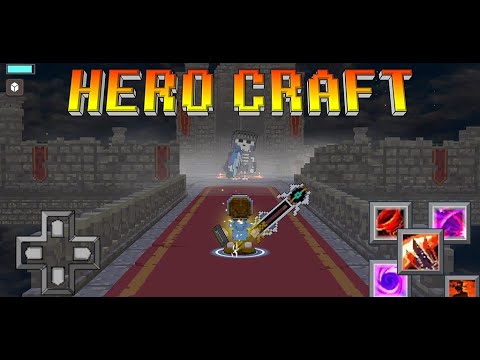 You begin collecting all of these materials by exploring dungeons, fighting enemies and collecting loot. These dungeons are roguelike in presentation, with the layout changing every time you enter. It’s only from these locations can you collect items to help you grow your character to become more powerful. And when you’re tired of battle, you can even raise your character’s level by idling at the training centre.

You can watch the trailer above to see more about the game. The blocky voxel-based graphics make it look a lot like Minecraft, but the intensity of the combat and steady pacing of the dungeons should set it apart from its inspirations quite nicely.

If that sounds like a game that you may enjoy, grab Hero Craft now from the iOS App Store or the Google Play for Android store. It is a free to play title containing adverts and in-app purchases.

If you want to learn about more great RPGs available on Android, check out our list naming some of the best.
Next Up :
Happy Game will soon give mobile gamers psychedelic nightmares on February 2nd