Attack of the mechs 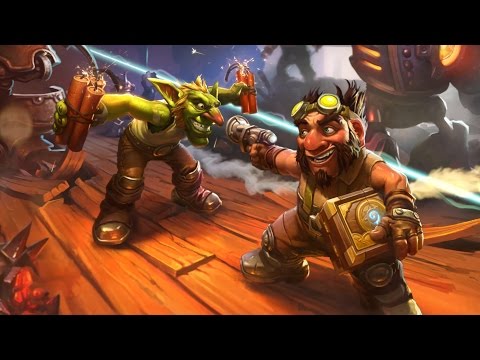 If you count this summer's Curse of Naxxramas as a Hearthstone "adventure," then Goblins vs. Gnomes - announced today at BlizzCon - is the popular card battler's first real expansion.

Coming this December, Goblins vs. Gnomes will add 120 new cards to Hearthstone, most with a mechanical theme to reflect the ongoing engineering rivalry between Warcraft's goblin and gnome races.

Several of these new Mech type minions have already been revealed.

Check out a few examples below, or head over to the official Goblins vs. Gnomes page for a longer list.

The long-awaited spectator mode will finally launch with the expansion as well, allowing players to tune in to each other's matches.

When Goblins vs. Gnomes launches in December, you'll be able to buy the new cards via Hearthstone's shop using real money or in-game gold.

Look out for it next month on Windows, Mac, and iPad.