Hearthstone: The Grand Tournament - best decks for the new expansion

Get jousting, get deck building

The Grand Tournament is notable for being the first Hearthstone expansion to add new mechanics. There are two: the inspire keyword and the joust.
Alone, these have the potential to transform the way the game is played. But that's not all there is to this expansion.

There also looks to be a very tight focus on improving and diversifying certain classes and deck styles. No bad thing at all when the game seems stuck in a bit of a deck design rut, especially toward the bottom of the ladder. All these new cards and all these new keywords are overwhelming at first. Especially if you've ponied up for an advance pack and are now wallowing in more cards than you know what to do with.

Inspire links in with the overall focus of this expansion on hero powers. Cards with this keyword do something each time the controlling hero uses their power.

The effects range from simple attack or health buffs to cards like Kodo Rider that summon 3/5 creatures on each power use. It's possible to build entire decks around this keyword and other new cards that change the hero power. Maiden of the Lake, for instance, changes the cost of the power to one mana while Garrison Commander means you can use the power twice per turn.

There's also the tasty Frost Giant who drops one in mana cost each time you use your power. 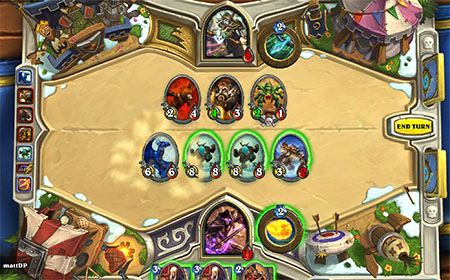 If you're planning to run a deck like this you will need to protect your power-changing and inspire minions, so some nice cheap taunt cards like Annoy-o-Tron and the new Tournament Attendee will come in handy.

Mages are particularly well suited to this style of deck, because they have a couple more hero-power focussed cards. Fallen Hero makes your power do an extra point of damage and Coldarra Drake lets you use it as often as you want.

Slow Jousting is a fancy name for a simple concept.

Each player draws a random card, and if the player who started the joust draws one with a higher mana cost, they get a benefit. King's Elekk, for example, causes a joust that gives the summoning player an extra card draw if they win.

Jousts can be very cost effective. Due to the random element, the cards that cause them are cheaper than their more reliable counterparts. So if you stock your deck with plenty of high-cost cards you'll get a lot of bang for your buck.

There's also an element of psychological warfare. If your opponent keeps losing jousts, it can feel very demoralising. 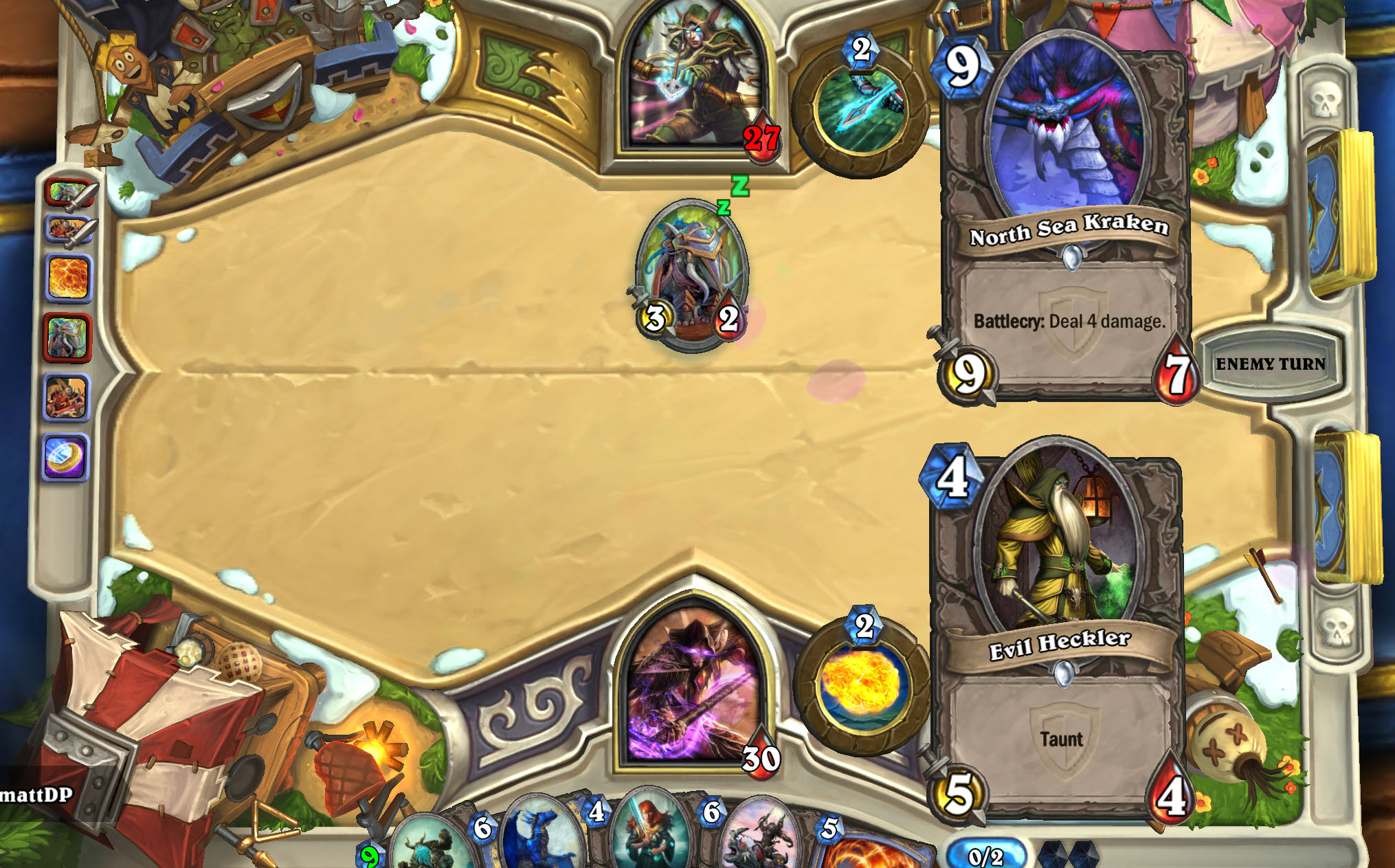 What both these new mechanics have in common is that they slow the game down.

Inspire encourages use of the hero power over card play. Jousts rely on decks with high-cost cards. These benefit mid-range and control style decks over fast-playing aggro ones.

This is a feature of the expansion as a whole. The druid card Darnassus Aspirant is a 2-cost 2/3 creature that gives the owner an extra mana while it stays alive. An aggressive deck either has to waste an exchange dealing with it, or risk dropping behind the curve.

It's just one of many examples which should see slower and more considered decks working on the lower ladder rungs where, traditionally, they have been weak. Totemic Another big adjustment that's very noticeable in this expansion is the slew of new, powerful Shaman cards. The class is proving underpowered in the current meta and it's clear that The Grand Tournament aims to fix that. There are a lot of new cards with the Totem keyword. These have synergy with the random Totems summoned by the Shaman hero power, so anything that buffs cards with the Totem keyword has the potential to be extremely powerful.

It looks like a new Totem-focussed deck style is in the offing. 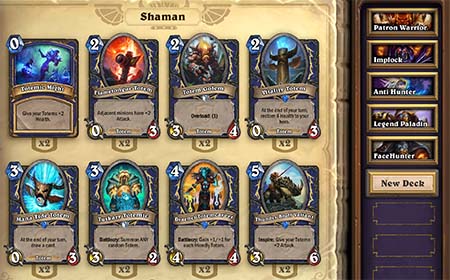 If you want to build one, start with Totem Golem and Tuskarr Totemic. The former is a 2-drop with colossal 3/4 stats, although it's got an Overload of 1. The latter is a 3-drop with very average 3/2 stats but it summons another random Totem alongside itself.

Between these two, you're almost guaranteed board control in the early game. These are bolstered by two new rares. Thunder Bluff Valiant gives your Totems +2 attack when Inspired which has the potential to cause your opponent a bloodlust-scale nasty surprise.

Draenei Totemcarver meanwhile is a 4 drop gets +1/+1 for each friendly totem, making it a powerful followup to Tuskarr Totemic. Healing Wave has nothing to do with Totems but it is another powerful new Shaman card that's likely to become a staple in Shaman decks of every stripe. Throw in some Shaman favourites like Rockbiter Weapon and Defender of Argus and you've got an instant competitive deck.

Tribal Totems aren't the only tribe to get a boost in this expansion.

Paladin players will be pleased to see several new cards that buff or summon Silver Hand Recruits. There's even a neutral one, Silver Hand Regent, although it's unlikely to see much use outside of Paladin decks. These new cards stack with Muster for Battle and Quartermaster from Goblins vs Gnomes to make a Silver Hand Paladin a workable deck style. 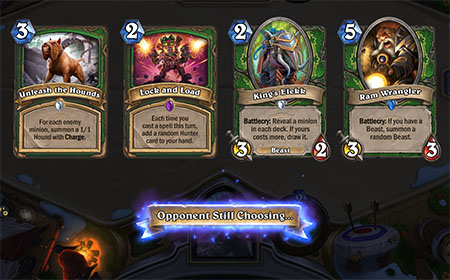 The Dragon archetype which got such a big boost in Blackrock Mountain gets a further leg up here. Existing draconic decks get a pair of brutal new neutral cards with taunt. The epic Twilight Guardian and the legendary Chillmaw will find a spot in any dragon deck. Priests and Warriors both get some new draconic toys of their own to play with.

Indeed dragon control Warrior decks are taking off already, making use of the new warrior cards Alexstraza's Champion and the fearsome legendary Varian Wrynn. Finally, there's a slew of new Rogue cards that encourage you to use pirates. Bucaneer and Shady Dealer are cheap cards that have the potential to turn very nasty very quickly when supported by other scurvy ne'er do wells.

And the finisher is Skycap'n Kragg, who can charge into battle very quickly since he costs one less for each pirate on the board.