The best decks for starting out

When you're fresh to Hearthstone, the only cards you can rely on are the Basic set, most of which you get for nothing. To earn the rest, as we described in last week's guide, you'll need to play. And to do that you'll need a deck, but building one can be intimidating for a new player.

Luckily the Basic set hasn't changed since the early days of the game. So the best recipes for starter decks have barely changed too. We list one for each class below, all tried and tested. You'll see certain cards repeat over almost all of them. But nothing is set in stone so feel free to experiment with your own ideas too.

There's a code for each. Copy this, start the game and go into "my collection" and it should offer to build the deck for you. If you don't have all the cards, it'll offer suggestions for replacements too.

There are also some suggestions for classic cards you'll want to add to the deck when you get them. Try and replace a Basic card of roughly the same cost and type. Some - Knife Juggler, Leper Gnome and Argent Squire - are good in several decks, so keep a look out for them.

Druid's big differentiator is ramp, and this deck will teach you how to use it. Innervate and Wild Growth give you a faster mana curve than other classes: this is the ramp.

Wild Growth and Shattered Sun Cleric give you a handy way to ramp minion stats too, which is great for trading. Mulligan for those ramp cards and the 2-mana minions and get climbing.

Classic Cards to add: Wrath, Druid of the Claw 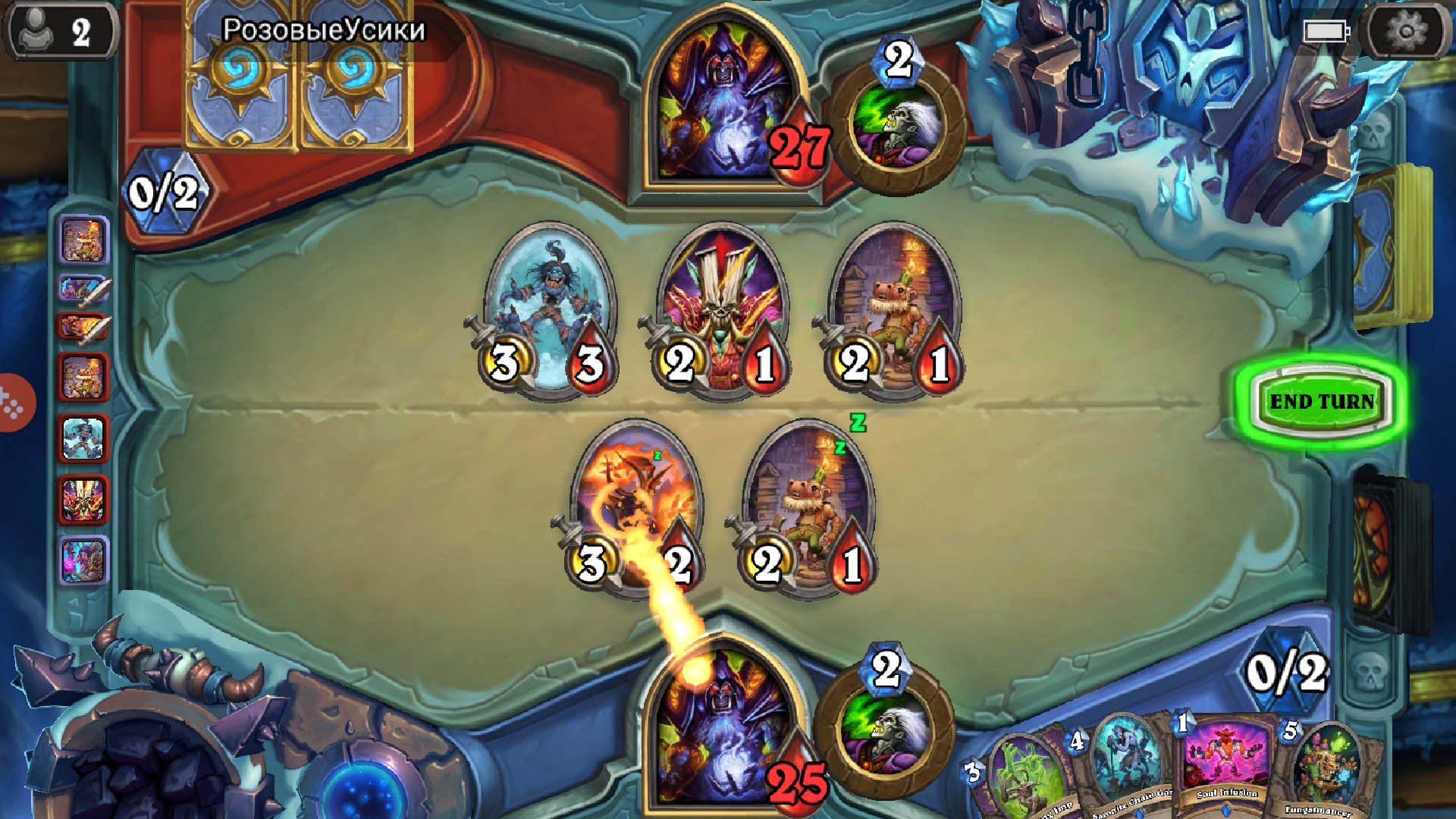 Hunter has a strong synergy with Beast cards, which this deck exploits to the full. It's also got a lot of direct damage.

While it can be played aggressively, consider using those damage cards to take out minions. That's the basis of board control which is a super useful skill to learn. Mulligan for 2-mana minions and Animal Companion.

This is a mid-range deck, a very flexible balance of spells and minions. That means it can deal with a wide range of potential situations.

Mage is the class you unlock first, and lot of players unleash damage spells as soon as they're drawn. Often, they're better saved to drop as a nasty surprise. Mulligan for Arcane Missile, Frostbolt and 2-mana minions.

The Paladin hero power to generate small minions is great to build around with a token deck that buffs weak creatures.

It's a great starter deck because it's easy to play: get out as many small minions as you can then lay down the boost spells and effects. This remains a common approach for much more expensive Paladin builds. Mulligan for 2-mana minions and Blessing of Might. 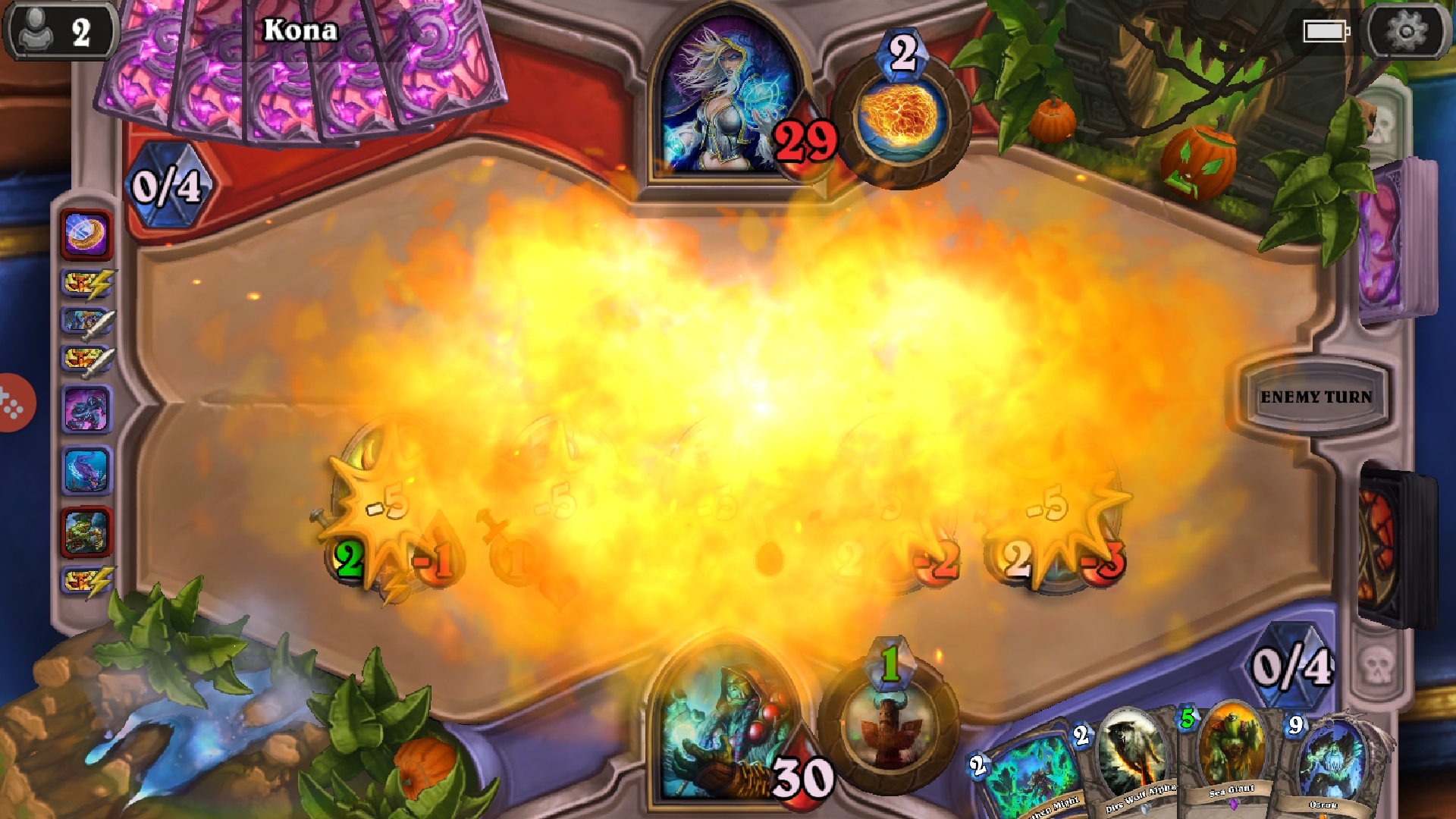 Priest is the only class with a starter selection that can be played as a control deck. Heal yourself, heal your minions and stick around until you can start laying down big, powerful cards.

Take note: it's generally better to heal your minions, especially if it'll keep them on the board next turn. Mulligan for Northshire Cleric, Holy Smite and Power Word: Shield.

Rogue is the toughest class to master for new players. That's partly down to the pre-planning required by the combo keyword that's unique to the class.

This deck is thus a gentle introduction, since it features no cards with combo at all. Instead it's a tempo deck, using a mix of card draw and removal to ensure you stay ahead of the curve. Mulligan for 2-mana minions.

Basic Shaman is much like Basic Paladin in that it's built around generating and buffing small minions. It has one key tool over the other deck, though: Bloodlust. This gives everyting on the board a huge one turn attack boost.

So while Paladin is happy to trade minions and make more, you need to keep yours alive for a big push. Mulligan for Rockbiter Weapon, Flametongue Totem and 2-mana minions. 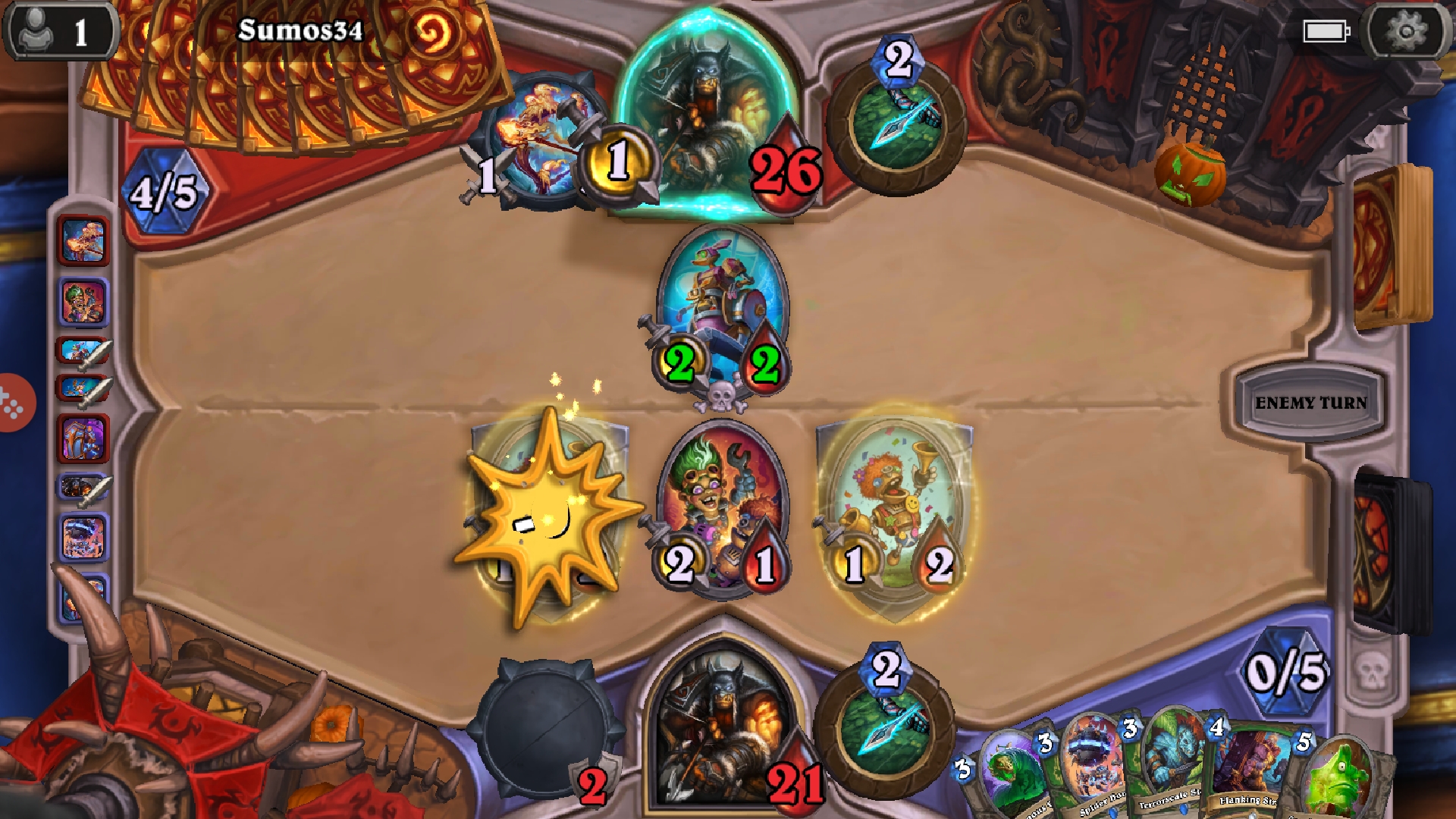 The classic budget deck is Warlock zoo, which floods the board with cheap, aggressive minions and uses the hero power to draw more. Unfortunately that needs a lot of common classic cards, so you can cut your teeth with this rough approximation instead.

Don't be afraid of the damage or discard effects: go for board control and roll with it. Mulligan for Soulfire, Mortal Coil and 2-mana minions.

In competitive play, Warrior works best as a defensive class. But when you're starting out, it can be played as a gloriously effective rush deck with weapons and charge minions.

Get stuck in hard, using weapons to take out enemy minions, and rely on your armour for defence. Mulligan for 2-mana minions and Fiery War Axe.