Even better than... most other decks

Last week we looked at Odd Paladin which uses only odd-numbered cards for an upgraded hero power. This week it's the turn of its Even cousin, which gets a cheaper hero power for its pains.

Even works because Paladin has some very powerful even-cost cards, among the best in the game. So it turns out that throwing them all in a deck together with a cheap hero power is a super solid approach.

Unfortunately, this is an expensive deck. Genn Greymane is essential. There's no need to take the even-only restriction, otherwise. Sunkeeper Tarim isn't strictly so, but your win rate is going to suffer without him, to the point where it's barely worth running the deck.

The Lich King is replaceable. The best replacement, though, is another legendary card, Tirion Fordring. Failing that, try another Silver Sword or a Primordial Drake. 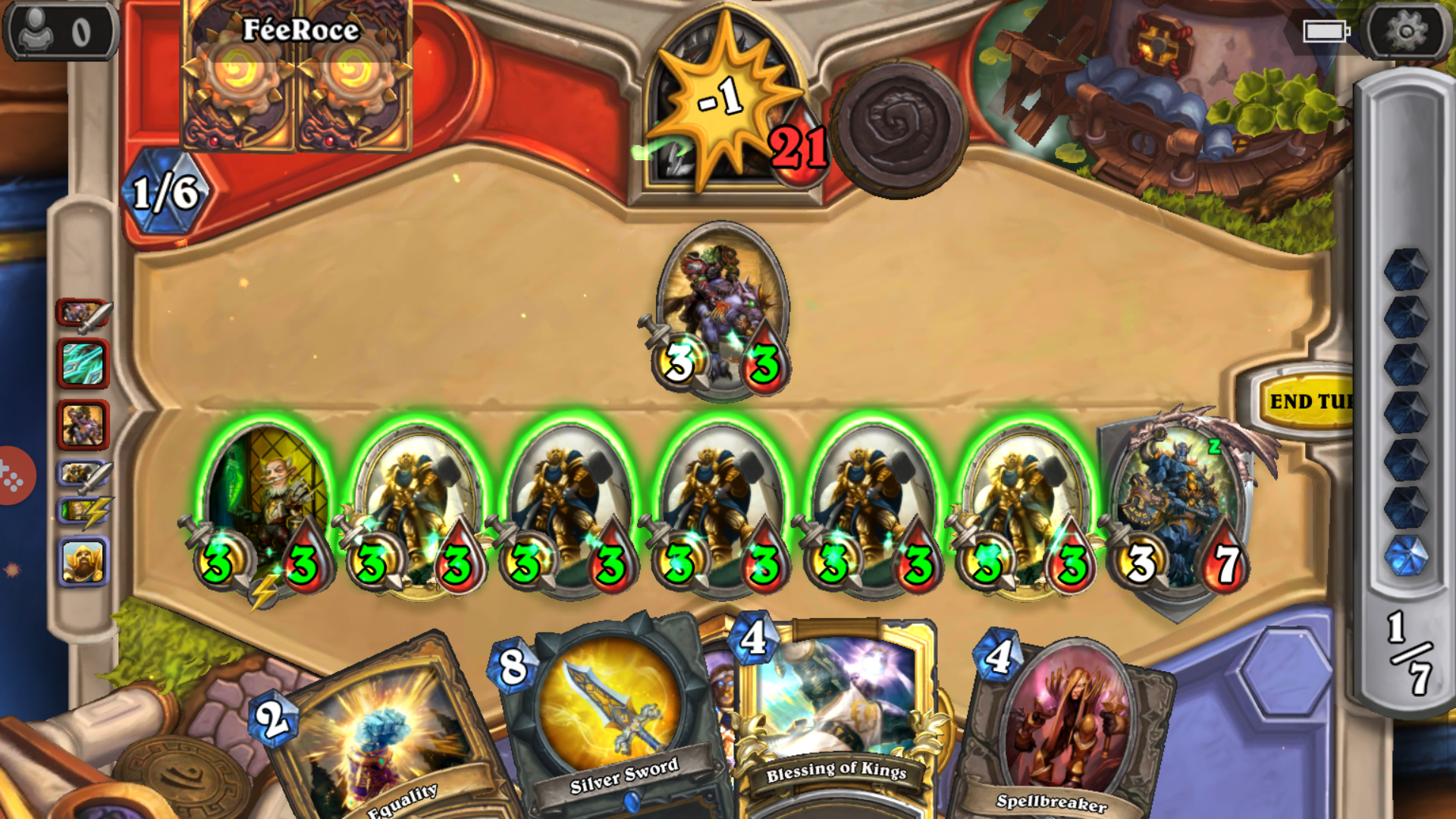 Call to Arms is another costly card you can't do without. Avenging Wrath, though, is a definite optional. Crystal Lion and Spikeridged Steed will work well in its place. Val'anyr can, too, but, y'know, that's actually more expensive.

There are a bunch of other cards that fit in this deck, but they're not dust-saving options. A lot of builds run Vicious Scalehide and, if you do, Corpsetaker can be another good inclusion. Loot Hoarder is also valuable since the deck has no card draw.

Mixing things up can be a good way to surprise experienced opponents expecting a vanilla build. Take out an Ooze or Drygulch Jailor if you want to squeeze more cards in.

One card you should always keep, no matter the matchup, is Call to Arms. It's a brutal play in this deck because it's guaranteed to pull three two-cost minions. This can gain enough tempo as a turn 4 play to a game winner.

You also want a two-cost card if you can get one. Drygulch Jailor is a good option because it provides three 1-cost cards, handy for staying on your mana curve. The Berserker is also solid, as is Vicious Scalehide if you're running it.

If you're against an aggro deck, keep Consecration as it's devastating to tokens. Against control then the Sunkeeper is a keeper for his fearsome levelling power.

Even Paladin is a tough deck to play well, because it's very situational. It's full of powerful cards, but as a player you have to be aware of when and how to apply each one for best effect.

On every odd-mana turn from the first onward, you will usually want to be using your hero power. The only exceptions are when you use the coin or have Silver Hand Recruit cards in hand from Drygulch Jailor. This lets you maintain a constant board presence, and ensures there's a target for buffs like Blessing of Kings or Lightfused Stegadon. 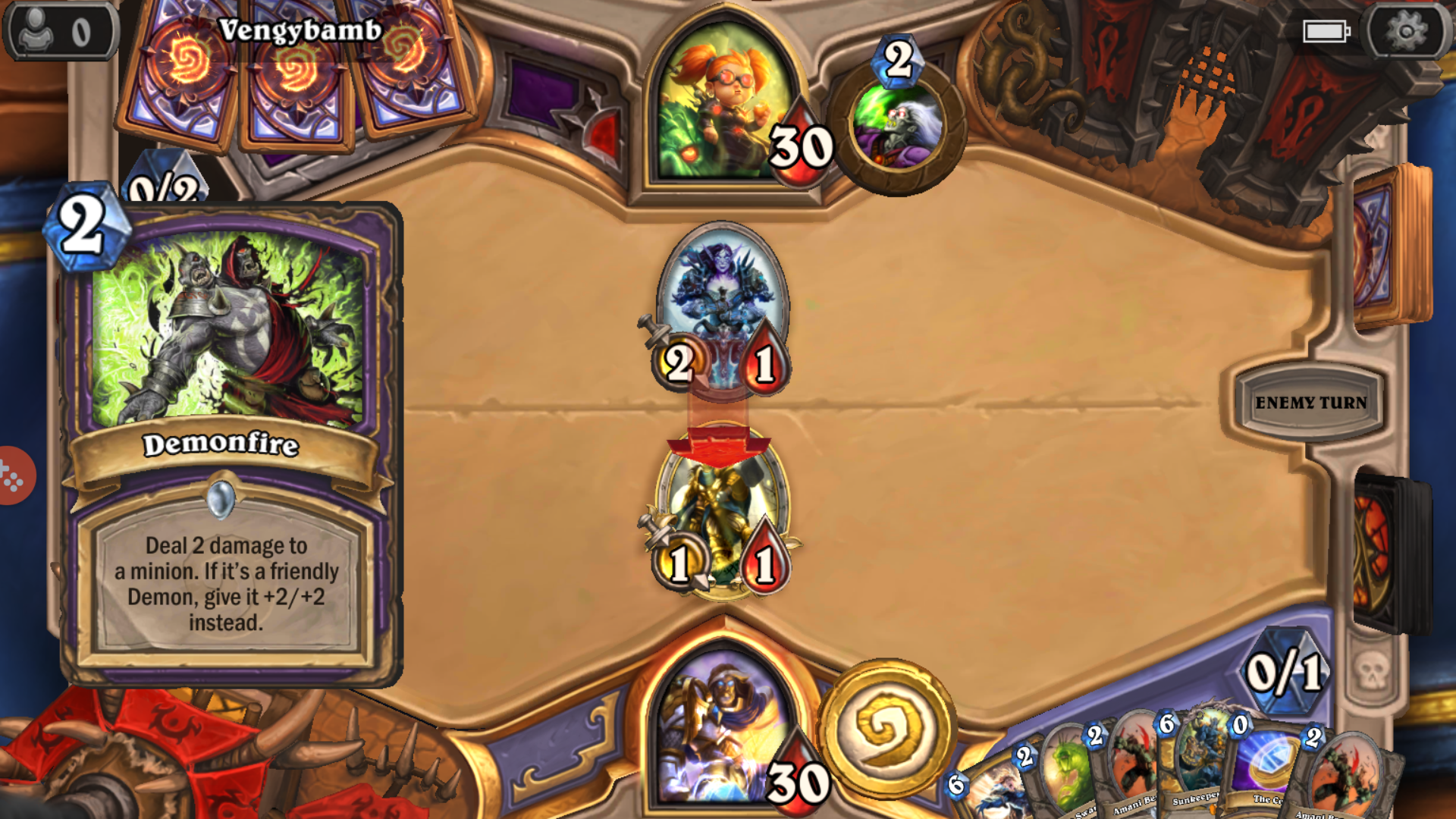 During the opening turns you want to build and establish board presence. The cheap Recruits help, of course, but your real power is those 2-cost minions. Several are high health, and Knife Juggler is great for helping clear the enemy board.

The mid-game is where the deck really explodes. Call to Arms is a massive swing, especially if it pulls out a Knife Juggler first for instance damage. Lightfused Stegadon can be equally big, so long as you've got that board presence. Timing is key with this card, but don't get greedy. It can be worthwhile with even a single Recruit on your board.

Against aggro, board presence becomes even more critical. There's not a lot of defensive cards in this deck, so your survival comes down to removing enemy minions. Truesilver Champion can be a huge boon, taking out enemies while healing you.

Don't be afraid to sacrifice everything you've got to keep enemy minions out of the game. If you can survive into the mid and late game, aggro decks won't be able to keep up with you. You've got defensive cards like the Lich King and the ability to quickly refill your board with Call to Arms that they can't match. 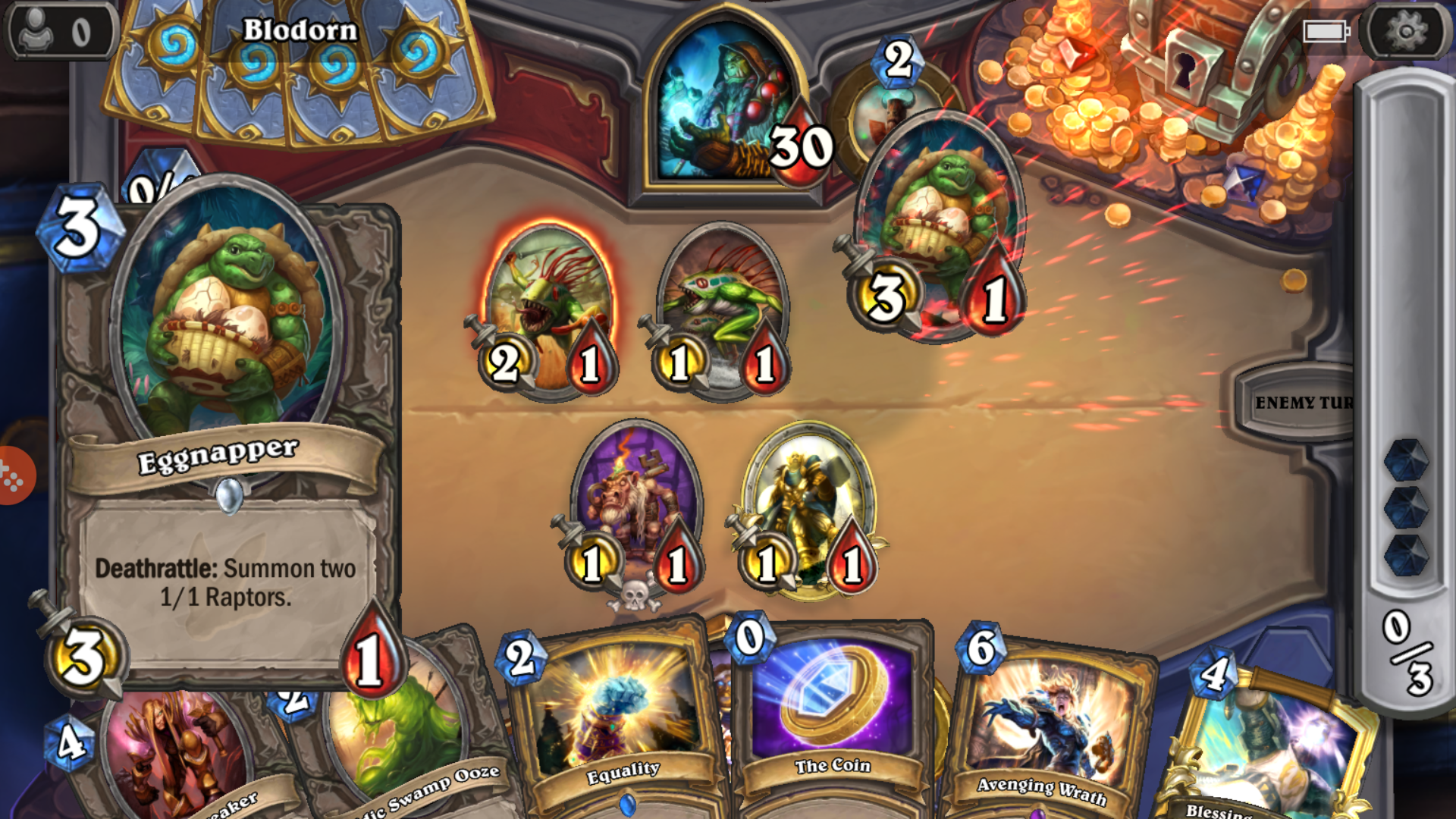 Against control, by contrast, you're the aggressor. You need to take it to their face, and fast. This is a careful balancing act as your early game cards still vulnerable to board clear, so try and keep something in the tank.

Equality is your friend here as, together with Spellbreaker, it should be able to take the edge off the big minions control decks rely on. Remember also that Sunkeeper Tarim is just as good at enfeebling big enemies as it is at buffing your recruits.

So punish their face hard early on. The try and stay in the game as long as you can, and seek to grind out a slower win by removing threats as they appear. Your weapons and hero power ensure you should eventually gain the edge with patience.