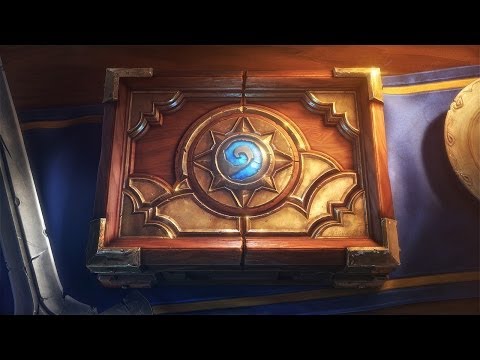 Blizzard's hugely successful free-to-play digital CCG Hearthstone: Heroes of Warcraft is finally out for iPad in some territories.

It's available now in soft launch mode in New Zealand, Australia, and Canada. So, if you live in any of those places, you can grab the game right now.

Hearthstone has already proven a massive hit on PC, with more than 10 million registered accounts for this mixture of card game, strategy battler, and love letter to Warcraft aficionados.

You'll need an internet connection and an iPad 2 or up to play the game, though.

Speaking to Eurogamer, Blizzard said Android and Windows 8 tablet versions are also on the way, although quite when they'll surface is unclear.

Your cards and account are available cross-platform, so you can pick up where you left off on your PC from your iPad and vice versa.

If you're not lucky enough to live in one of the three territories listed above, rest assured that Hearthstone: Heroes of Warcraft should be going live in the rest of the world in the not-too-distant future.

And we will, as ever, let you know as soon as we find out when that is.