SEGA has just announced the global release of Hatsune Miku: COLORFUL STAGE!, a fun anime rhythm game that adds elements of a visual novel along with virtual live performances from Hatsune Miku herself. The mobile game will feature songs performed by five original bands as well, such as virtual singers like Kagamine Rin, Kagamine Len, Megurine Luka, KAITO, and MEIKO.

Hatsune Miku: COLORFUL STAGE! has already been successful in Japan, with the local title of “Project SEKAI COLORFUL STAGE! Feat. Hatsune Miku”. For this global release, players will be able to experience a cast of 20 original characters, and dive into their backstories as well as explore their varying musical styles. Players will tap in sync with the rhythm in various musical challenges and difficulty levels to earn rewards and experience points. 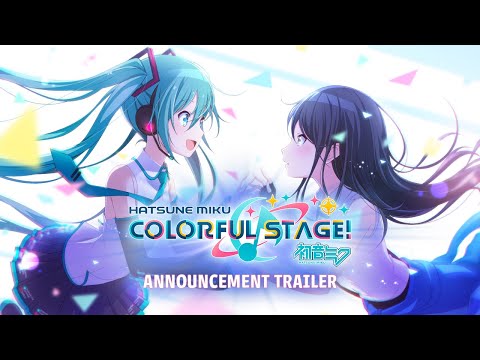 “I’ve been a fan of Hatsune Miku from the very start, and have observed the global phenomenon of the growth of her fanbase and community,” says Shingo Kosuge, Producer at SEGA Games Co. “We’ve created a new immersive experience with Hatsune Miku offering her fans, as well as fans of anime and Japanese culture, to engage and experience her music. It will be a thrill for us to watch how people respond to the musical performances and fun gameplay challenges that we’re creating.”

“I hope that the game will spread the vast cultural world of Hatsune Miku and Virtual Singers to new audiences,” says Yuichiro Kondo, Producer at Colorful Palette. “Please enjoy the new interpretation of Miku and the story of discovering your music. We look forward to playing Hatsune Miku: COLORFUL STAGE! with you.”

Hatsune Miku: COLORFUL STAGE! Can be played alone or with friends, with a gacha system for collecting additional character cards. You can check out the official website to stay updated on announcements about the release date this year.

For now, you can have a look at our list of the top 25 best puzzle games for iPhone and iPad (iOS) for more ways to pass the time casually while you wait!

Next Up :
PUBG: NEW STATE releases new cinematic about the collapse of its fictional city, Troi