Dark Shader Studio has announced the official release of Haste, a new endless runner title on mobile where you control two characters at once. Developed by a one-man Tunisian game studio, Haste features a Norse mythology theme and lots of challenging obstacles players will have to go through to survive.

Haste highlights the journey of Vili & Ve - the two protagonists of the hardcore runner - on their search for their brother Odin. They'll have to dodge deadly spikes, avoid dangerous arrows, and maneuver their way through moving obstacles to survive the platformer-slash-runner. Players can also add another layer of difficulty to the game with the speed boost mechanic.

The game currently has five worlds for players to discover, namely, Asgard, Muspelheim, Helheim, Niffelheim, and Jotunheim. Each chapter contains ten handcrafted levels that will put every player's skills and patience to the test. It also features multi-language support for English, French, Spanish, Italian, Russian, Dutch, German, and Portuguese. 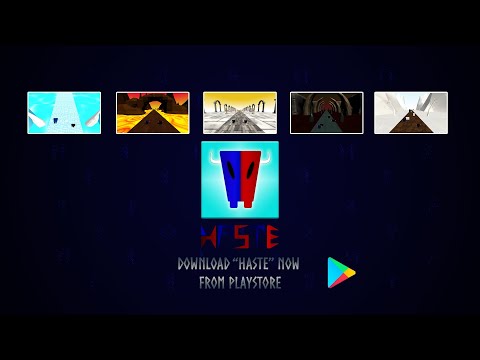 If you're curious about how the gameplay goes, you can take a sneak peek at the trailer above to get a feel of the difficulty. From the embedded footage, it does seem like a true test of your hand-eye coordination, as you'll have to dodge obstacles using two heroes at the same time. You can also see how the environment - and, by extension, the obstacles - vary with each new world you're in.

Ready to see if your leaping prowess is up to the task? You can download Haste on the Google Play Store as a free-to-play game with ads. You can also head on over to the developer's official YouTube channel to check out other titles from the studio.

Are you on the lookout for more endless runners on your mobile device where you can put your concentration and dodging skills to the test? Why not take a gander at our list of the top 25 best endless runner games for Android phones and tablets?

Next Up :
Fortnite kicks off Chapter 3: Season 1 with Dwayne Johnson and Spider-Man