Today, Zynga's match-3 title, Harry Potter: Puzzles & Spells, begins celebrating its first anniversary with a host of in-game events and activities. The event kicks off today and will last for one week, giving players the opportunity to net plenty of in-game rewards.

First up, the London Zoo event draws inspiration from Dudley Dursley's birthday. It will see players collecting presents on their gameboard to earn chests. They can also unleash a python by making matches next to mystery boxes that will appear, presumably to terrify Dudley.

Then, from 23rd September, players can take part in the House Pride Event, where they will complete a series of puzzles to earn points for their house in a bid to top the leaderboards. Finally, between 22nd and 24th September players, can get an in-game anniversary gift simply by logging into the game daily. 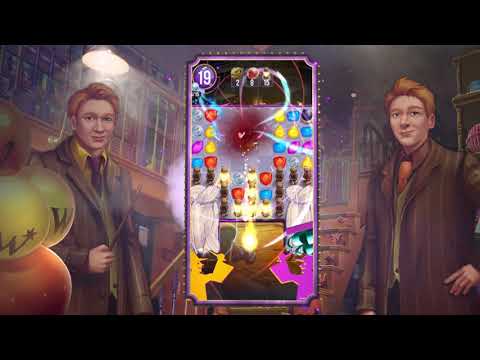 Zynga will also run a social media campaign on Twitter, Facebook and Instagram to celebrate the game's anniversary. Players can share their favourite memories from the game using the hashtag #PuzzlesAndSpellsAnniversary. Three players will be randomly chosen to receive an anniversary prize package that will contain in-game currency, items, power-up bundles and other rewards.

Discussing the anniversary, Yaron Leyvand, Executive Vice President, Games at Zynga said: “We’re incredibly proud of the accolades and reception that Harry Potter: Puzzles & Spells has received, but we’re even more inspired and humbled by the players who have joined us on this journey. We’re thrilled to celebrate this milestone with the fans, and look forward to opening the game’s next chapter, together.”

Harry Potter: Puzzles & Spells is available now over on the App Store and Google Play. It is a free-to-play game with in-app purchases.

Looking for more stellar puzzle games you can enjoy on your phone? Here are 25 of the best available for iPhone and iPad
Next Up :
Ninja Must Die is an upcoming combat-focused action runner with stylish ink-based visuals, now open for pre-registration