Being able to pick the Switch up and take it out and about is one of the best things about the console. Indeed, it's the whole reason we cover Switch here on Pocket Gamer.

While we'd suggest that playing the Switch in handheld mode offers the most immersive portable gaming experience possible, there's one glaring omission to the whole set-up. Unlike your smartphone, Nintendo doesn't bundle the Switch with a set of headphones.

Sure, the built-in stereo speakers do an admirable job. But they can't provide the sheer depth or sound-isolation required in a noisy environment.

Turtle Beach are keen to put forward their Recon 70 and Battle Buds headsets as two potential solutions to that issue. I've spent a month or so with both headsets to see how they stand up to the task.

Both wired headsets come in just south of the £30 mark, thus providing a highly affordable solution. Given their similar pricing, positioning and quality, I thought I'd offer an overview of both headsets rather than needlessly splitting them into two smaller reviews.

The Recon 70s are large, plastic, over-ear headphones - the kind of thing you're likely to see your favourite YouTube or Twitch streamers barking into.

Though they look and feel a little cheap and lightweight, that's actually something of a plus in practical terms, contributing to a comfortable fit and finish. I'll often struggle to wear more premium headphones for extended gaming periods, partly due to weight, and partly because of the sheer clamping force on my oversized noggin.

These plasticy examples flex and stretch and sit very nicely in place for hours at a time. Their spongey ear cushions, while not the most luxurious around, are sufficiently comfortable, and also big enough to encompass my giant lugholes without causing pain. There's an easy to feel-out volume wheel on the left earpiece too. 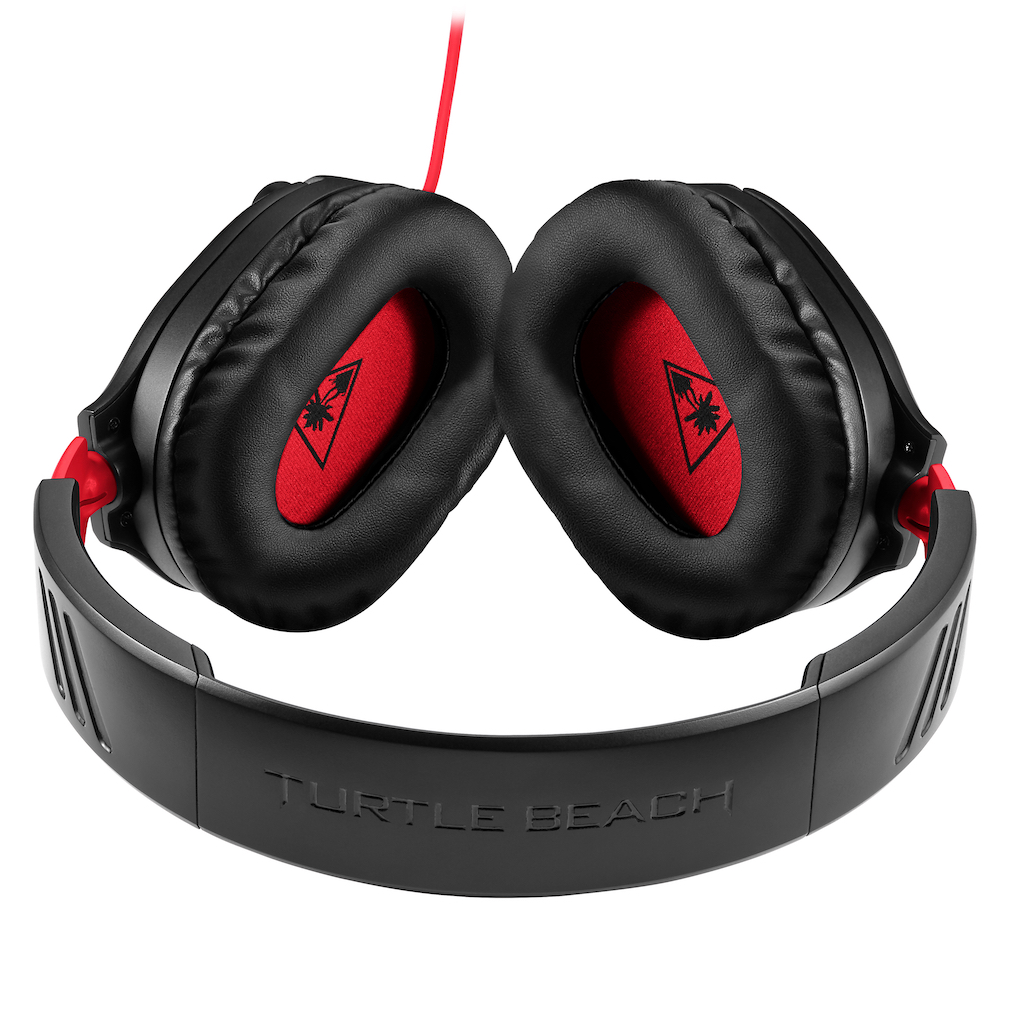 As for the Battle Buds, they subscribe to the in-ear method that you'll either love or hate. They have proper rubber seals that fit right inside your ear cavities, which seem to be mounted via long stalks to chunky triangular bases.

It doesn't seem like they should fit comfortably in place, but they do thanks to central rubber anchors that lightly hook into the creases of your ears. I was surprised at how secure the fit was, again without causing discomfort over long spells. There are three sizes of silicone ear tips and three sets of stabilisers bundled in, as well as a soft carry-pouch.

The volume dial here is mounted (alongside a mute switch) on a remote control that dangles just below the left earpiece, while there's also a multi-functional phone button on the back, making them ideal for mobile usage.

These are both very affordable headphones, so you shouldn't buy either expecting the kind of spacious, detailed audio experience you'd get from, say, a classic set of Sennheiser Momentums. You can get much better from dedicated gaming headsets too, if you're willing to spend more.

There certainly isn't the kind of audio subtly and pinpoint separation that can actively help in competitive shooters, though in fairness there aren't an awful lot of those on Switch. Most importantly, they represent a big step up from the default sound that emanates from the Switch's speakers.

Overall, both sets offer a balanced sound signature that doesn't fatigue the ears over extended periods. The Recon 70s do this via 40mm drivers, and the Battle Buds via 10mm neodymium drivers.

Neither set is particularly big on bass, if anything accentuating the higher tones. That's actually more useful in games, as it's often the high end where the useful information comes - think of a fresh collectible tone in Mario Kart 8 Deluxe, or the cry of help from a fallen ally in Splatoon 2's Salmon Run.

The main issue here isn't with the headsets themselves, per se. It's with the Nintendo Switch. Though we'd also take issue with Turtle Beach's positioning of the Recon 70 and Battle Buds as Switch headphones when they're really not.

Both the Recon 70 and the Battle Buds come with a microphone that can be stashed away. In the Recon 70's case, that involve hinged flip-out arm on the left earpiece. In the case of the Battle Buds, it's a thin, flexible plug-in, though there's a secondary in-line option that kicks in when it's unplugged (which is great for portability). 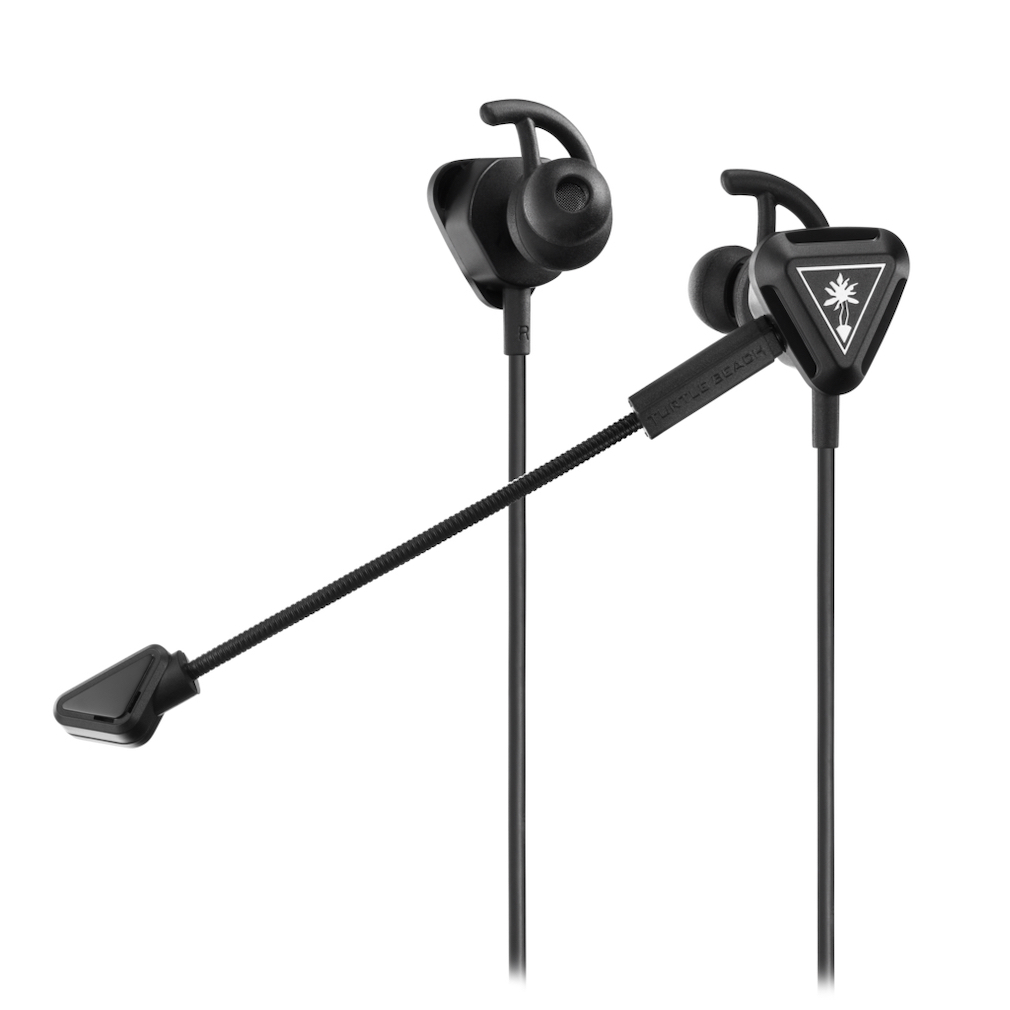 Either way the presence of a mic is largely superfluous, as the Nintendo Switch doesn't support voice chat as standard. Getting voice chat to work involves a hugely convoluted process and a separate smart device with the Nintendo Switch Online app installed. It's a mess, and no one uses it (pro tip: just use Discord).

That's not Turtle Beach's fault of course, and for the record both sets of headphones worked very well on my PS4. It's notable that Sony's home console caters for proper voice chat, and allows you to plug the headsets directly into the controller.

With the Switch, you can't plug these headphones into a Joy-Con mount or a Pro Controller. They're only really of practical use when playing in handheld, though you can always plug them directly into your TV.

Both the Recon 70 and the Battle Buds are fine-value headphones, and solid selections if you want to make your Switch sessions more personal and immersive without breaking the bank.

But something about positioning them as Switch headphones feels ever so slightly disingenuous given the inherent audio limitations of the platform. If you've got a half-decent set of regular headphones, they'll probably do at least as good a job, and will probably even sound better.

Still, few of us live in a Switch-only world. These are keenly priced headphones that will serve you well on any gaming platform, including mobile and other consoles. It's just a shame that they're of least use on Switch.

Two solid, well-priced sets of gaming headphones that make more sense if you also have another console
Next Up :
Sumire review - "Why do some days stay in our thoughts forever?"