CD Projekt Red has announced a new season of Journey for its big card battler, Gwent: The Witcher Card Game. The update is available now for iOS and Android as well as on PC.

Journey is basically Gwent’s version of a Battle Pass, a progression system where you unlock new rewards by levelling up by earning victories in the game’s Standard, Seasonal and Draft Mode matches.

This latest update to Gwent now brings Journey into its fifth season, which is all themed around Triss Merigold, a legendary sorceress and character that appears in The Witcher novels and video games.

The season introduces over a hundred new levels to unlock. These each contain exclusive avatars as well as Reward Points that you can redeem for items available in the in-game Reward Book. This season will last for the next three months, meaning a sixth season of Journey in Gwent should appear around August.

In addition to the base tier which is free to all, the Premium Pass is also available which grants you instant access to the customisable Triss Merigold legendary neutral leader skin. It also features more unlockable rewards, such as different fashion outfits, trinkets, and auras for Triss, premium and standard Card Kegs, player titles, as well as animated borders and avatars.

You can see the trailer for Season 5 of Journey below, including some of the rewards available in this latest update. 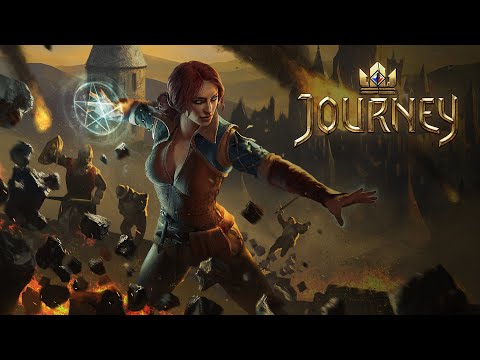 Furthermore, you can purchase a special bundle that includes the Premium Pass and an instant Journey progression boost.

Gwent: The Witcher Card Game is available on the iOS App Store and the Google Play for Android store, where it is a free to play title with in-app purchases.

Read about our favourite card games that are available on iOS with this handy list we've put together for you.
Next Up :
UNO! Mobile launches esports tournament with a solid gold UNO card up for grabs