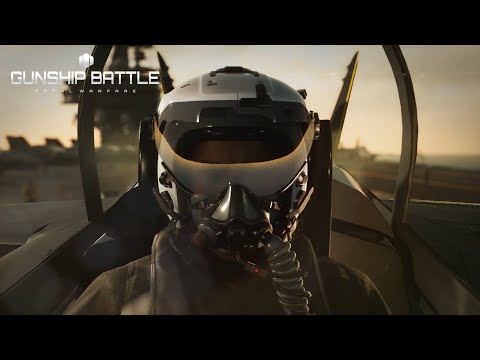 With the new raid boss, Admirals will need to join forces and create strong alliances to stand against a powerful deep sea-dwelling foe. Players will have to take advantage of the in-game acquired “Sonobuoy” items in order to detect the enemy’s advanced submarine tech. Beating the raid boss will reward players with valuable items, but for those who’re not too confident with their skills on the seas, the difficulty level can be adjusted to accommodate both old and new Admirals alike.

The new update also adds a “Rookie Pass” that’s similar to a Battle Pass feature. This is an achievement-based quest system that will offer players exclusive goodies to make sure that newbies can easily fast-track their quests. Rewards include the EF Ghost - one of the most in-demand Legendary Jets in the game.

There are also plenty of QOL upgrades in the latest update, so if you don’t want to miss out, you can download Gunship Battle: Total Warfare on the App Store and on Google Play. It’s a free-to-play game with in-app purchases.

What's A Preferred Partner Feature?
From time to time Steel Media offers companies and organisations the opportunity to partner with us on specially commissioned articles on subjects we think are of interest to our readers. For more information about how we work with commercial partners, please read our Sponsorship Editorial Independence Policy.
If you're interested in becoming a Preferred Partner please click here.
Next Up :
Real Racing Next - Everything you need to know about EA's next big mobile racer