Sometimes, looking through the App Store can feel a bit like drowning in a vat of rancid zombie flesh, with more and more buckets of pus and goo being tipped over you every second.

Or at least that's what it feels like to me.

If you quite like the idea of a constant stream of zombies in your game, though, then you might want to check out Guns 'n' Glory Zombies from HandyGames.

It's a mix of tower defence and shooter in which you control a group of women determined to stop the zombie apocalypse from claiming their town. 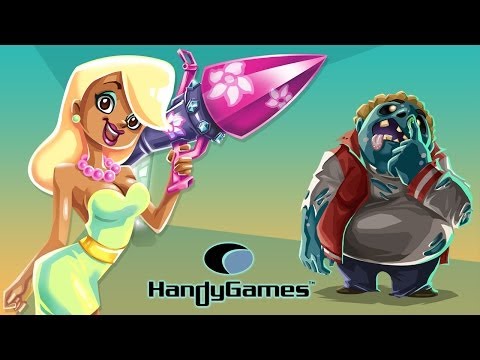 Each of the four ladies has her own skills. Oh, and feeding them chillies makes them tougher for a brief span of time. Just like in real life.

Next Up :
Tomb Raider Reloaded is an action-packed roguelike coming to iOS, Android and Netflix on February 14th, now open for pre-registration