It was launched first on mobile on 5th November

Earlier this month LINE Games’ launched its multiplayer tower defense Guardian Chronicle in 140 countries for iOS and Android devices, and now it's also out as an Early Access title on Steam with cross-platform play.

It’s a tower defense game set with a deck of one Master and five Guardians, where each one is geared with a unique skillset and matching synergies in order to defeat incoming waves of enemies. You have to upgrade your deck while experimenting with the various combinations and strategic locations for your characters on the battlefield.

There are both competitive and cooperative modes available to play in Guardian Chronicle. Competitive has two players trying to overwhelm each other as they continuously defeat and send enemies back to their opponent’s battlefield, while the co-op mode has the two join forces together by building a formation that helps them survive longer against a large AI army.

Here’s a trailer so you know what to expect. As you can see, the game uses colourful graphics and animated prompts to make it more accessible to other players. 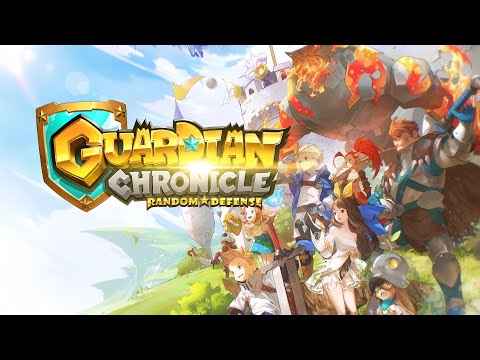 Guardian Chronicle is available on both mobile and PC, and there’s a cross-platform synergy between the two platforms so you can play with your friends on PC or vice versa. The latest update to the game has also enhanced the gameplay by adding six new Masters to the roster who bring various skills and rebalances based on player feedback. The matchmaking system has also improved, allowing people to jump into rounds faster with players that are on the same skill level as themselves.

You can play Guardian Chronicle by downloading it from the iOS App Store or Google Play for Android. It’s currently available to play in 140 countries across Europe, Canada and Australia, with the United States and Asia regions to follow.

Read our list about the best strategy games available on Android.
Next Up :
Rivengard, a fantasy RPG by Snowprint Studios, is featured in Apple's Founder's Campaign alongside an assortment of other great games