In Big in Japan, we take a look at a game that is currently topping the charts in Tokyo, to see what mobile gaming looks like across the pond (and then a few more ponds). 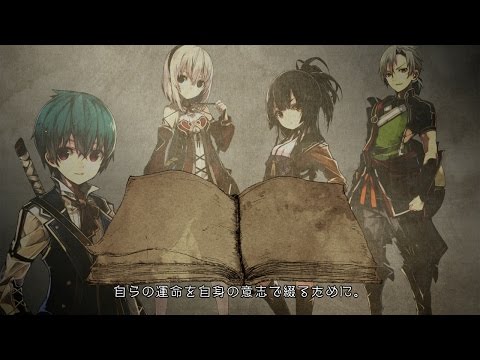 Subscribe to Pocket Gamer on
From Mario to Dragon Quest to Playstation, Japan has long been a country synonymous with gaming.

But it also has a unique industry, with many of the games made in Japan focusing on the tastes of the domestic market - and, as such, they're often not available in the west.

It’s also fair to say that right now Japan is in a mobile gaming boom, with more and more people focusing their gaming time on smartphones and tablets.

This has meant that an increasing number of Japan’s oldest companies have now begun to dedicate portions of their development to mobile platforms.

One of these is Square Enix, and its latest game Grimms Notes is certainly deserving of the title "Big In Japan", having secured over two million downloads in only four days.

An impressive feat, even in Japan. But what’s it about, and why are the Japanese grabbing hold of this game in their millions? 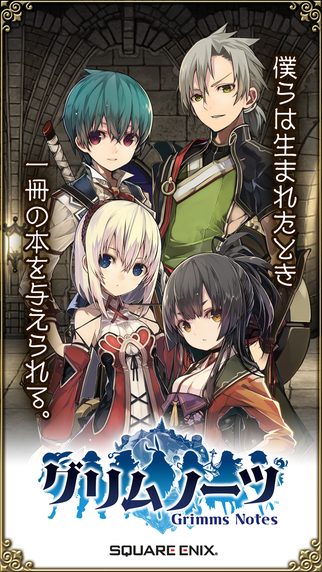 Well, Grimms Notes is Square Enix’s latest RPG, one that is very much made in the vein of classics such as Final Fantasy and Dragon Quest.

Make no mistakes, this isn’t what some may consider a stereotypical small byte size mobile game. In fact, it’s a pretty sizeable JRPG, albeit one with a mobile twist.

Grimms Notes is set in a fairy tale world, one where everyone receives a book when they are born. These books determine every little detail of that person’s life. Written by the mysterious storyteller, each book traps that individual into a preordained fate.

The story however stars a hero without a story, someone free to decide his own fate.

While lost, our hero meets a mysterious witch. A witch on her way to none other than Cinderella’s castle. As you can imagine, through this story you’ll get to travel throughout a variety of worlds straight out of the pages of some of the most famous fairy tales. 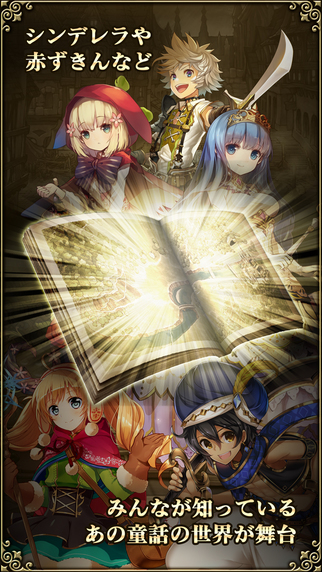 The game’s choice of characters also tries to pleasantly mix the fairy tales from different cultures too.

Nevertheless, despite a heavy amount of text based story telling, gameplay is quite rightly the focus. Gameplay is broken down into smaller stages that take place in waves, much like other Japanese titles such as Monster Strike. Controlling these battles is all done via intuitive touch screen controls.

Dragging your finger across the screen will move your character, whilst tapping attacks. You can also switch your summoned hero by tapping the portraits, with the same control also helping to assist your AI companions.

All in all the controls are extremely reminiscent of the iOS remaster of the cult DS hit The World Ends With You. 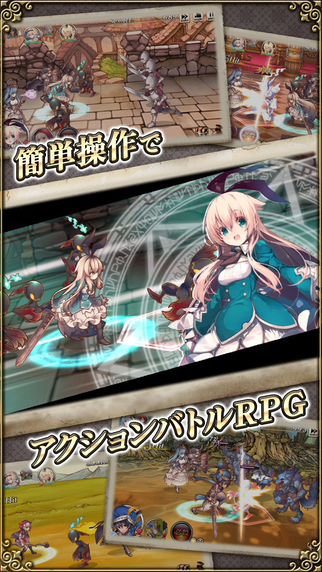 Grimms Notes comes across as something of a cross between the aforementioned DS title and Monster Strike, and as such it’s easy to see why the Japanese have grabbed this game in their millions, as it offers a classic role-playing experience combined with a modern twist.

One that has an engrossing story, rich anime art, collectible characters, and tons of added extras that include a kingdom-building mini game.

Quite simply, this is a game that symbolises the modern movement of Japanese gaming into mobile formats. Not only is it exactly what the Japanese market is looking for, but it’s also a showcase for the development quality that is still in Japan.

I suppose the question you’re wondering though, is will we ever see it in English? Well, given the success the game is seeing in Japan, it’s fair to say there is a good chance that this may make it to Western shores some time in the future.

Its throwback to classic RPGs, but with a modern twist, is something that will certainly resonate with fans of Japanese RPGs.