Boltrend Games has announced the official release of Bandai Namco’s Graffiti Smash, out now on both iOS and Android devices everywhere. The PVP slingshot battler lets players duke it out in real-time online combat, featuring a co-op multiplayer mode to make the mobile title even more action-packed.

With over 250 hunters to collect, Graffiti Smash invites players to go on all-out paint wars across more than 120 maps. Those who pre-registered for the game will now be able to receive Free Gem x 188, Gacha Ticket x1, and AP Meat x3.

If you're curious to see how the game looks like, this embedded trailer below showcases some gameplay footage along with a rockin' soundtrack in the background. Character designs look stunning, and it does seem like - based on the animation - that the visuals will be a key motivating factor for players to get into the game and collect as many hunters as possible. 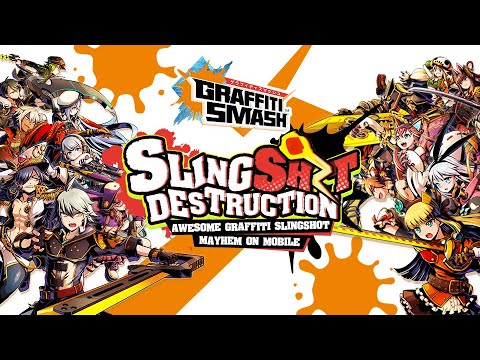 From now until December 31st, players will be able to enjoy Nikolaus's Xmas Present in the game. This includes AP Beef x 10, Maps for BOND EXP x 5, and an Xmas voucher. Players can also expect to summon Graffiti Beasts, wield Weapon Arts, and even score loads of loot from idle expeditions. You can also challenge dungeons with online buddies for some dungeon-limited special weapons.

To give the game a go this season, you can download Graffiti Smash on the iOS App Store or on the Google Play Store for Android devices. It's a free-to-play game with in-app purchases. You can also head on over to the official website to know more about the game and to stay updated on all the latest developments.

Are you on the hunt for more multiplayer mayhem? Why not take a gander at our list of the top 28 best multiplayer games for Android phones and tablets?

Next Up :
Overrogue, KEMCO's upcoming roguelite card battler, is now open for pre-registration on Google Play