Rezzed 2016: We get to grips with HTC Vive police-em-up Giant Cop

There was a bit of a buzz around Giant Cop at Rezzed. It’s the first year that VR has really felt like part of the event, and Giant Cop squatted ominously over half of one of the big rooms.

A small crowd had gathered to watch silently as a player in a Vive headset gripped the motion controls and dispensed vaguely confused justice to the city below.

The premise of Giant Cop is a simple one, that’s haunted my dreams for several years. You’re a policeman, several stories high.

You’ve got the ability to reach in to the city and pluck evildoers straight off the street, before tossing them in the giant open topped prison on the edge of town.

To help you communicate with your normal sized superiors, you have a giant wristwatch on your wrist. This squawks with commands from base, getting louder as you bring it closer to your head. 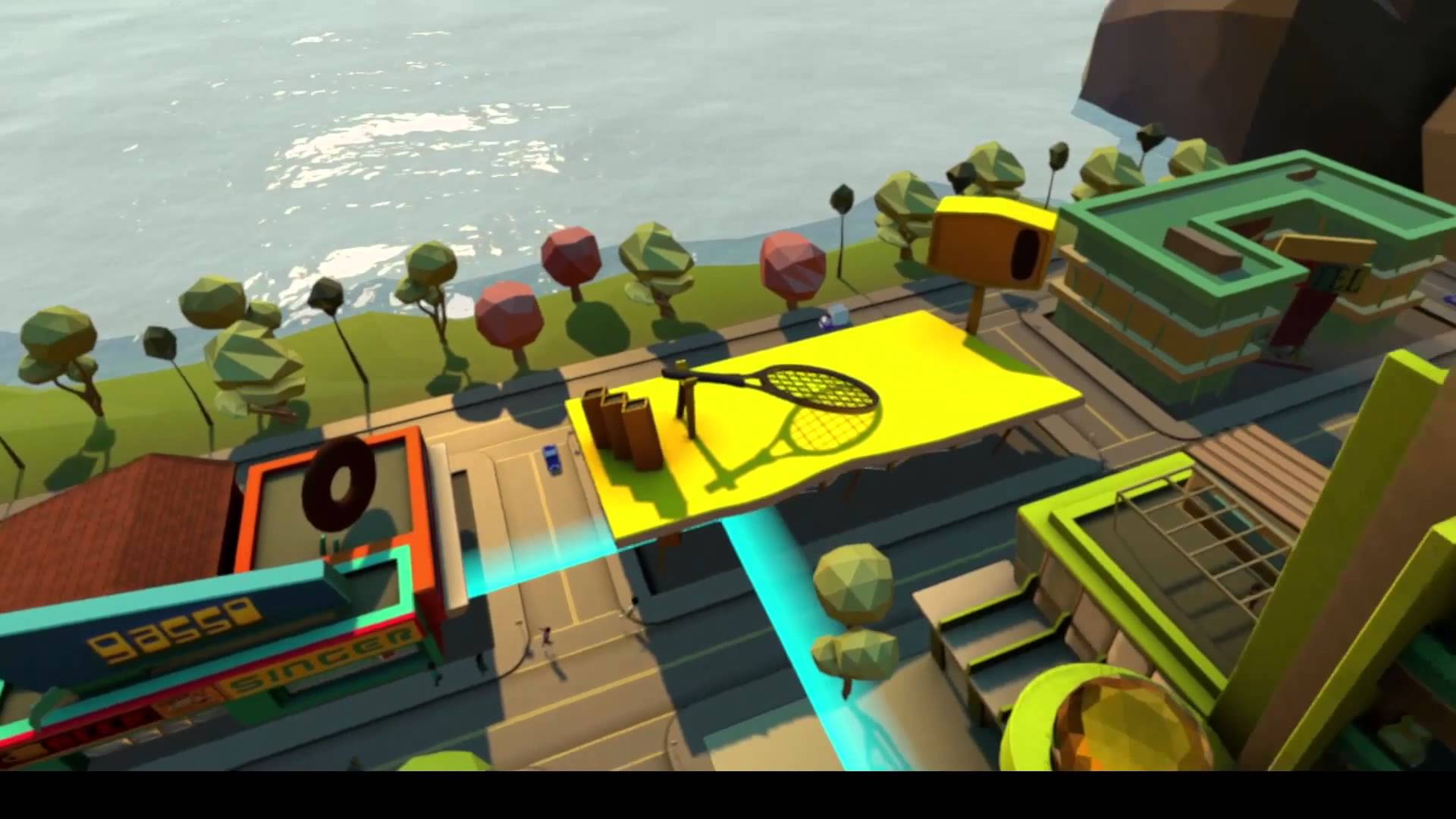 The game of Giant Cop is still half formed. I found the first person, drunk and disorderly and sporting a trendy little arrow above their head.

Both myself and editor Mark struggled to make any progress beyond that in our demo, and afterwards the developers told us that you would have to get up close and personal to watch your charges closely.

Instead, I ripped a giant-sized tennis racket from the roof of, presumably, a nearby tennis racket shop and started serving cars across the city aiming for the flying police helicopter.

Perhaps this was overstepping my legal duties.

Giant Cop feels like an exceptional engine with some fun tech, but at this stage, there’s not much more to it. Thankfully, the developers have hinted there will be some more serious events coming in the full game, with a storyline, investigations and massive crimes. 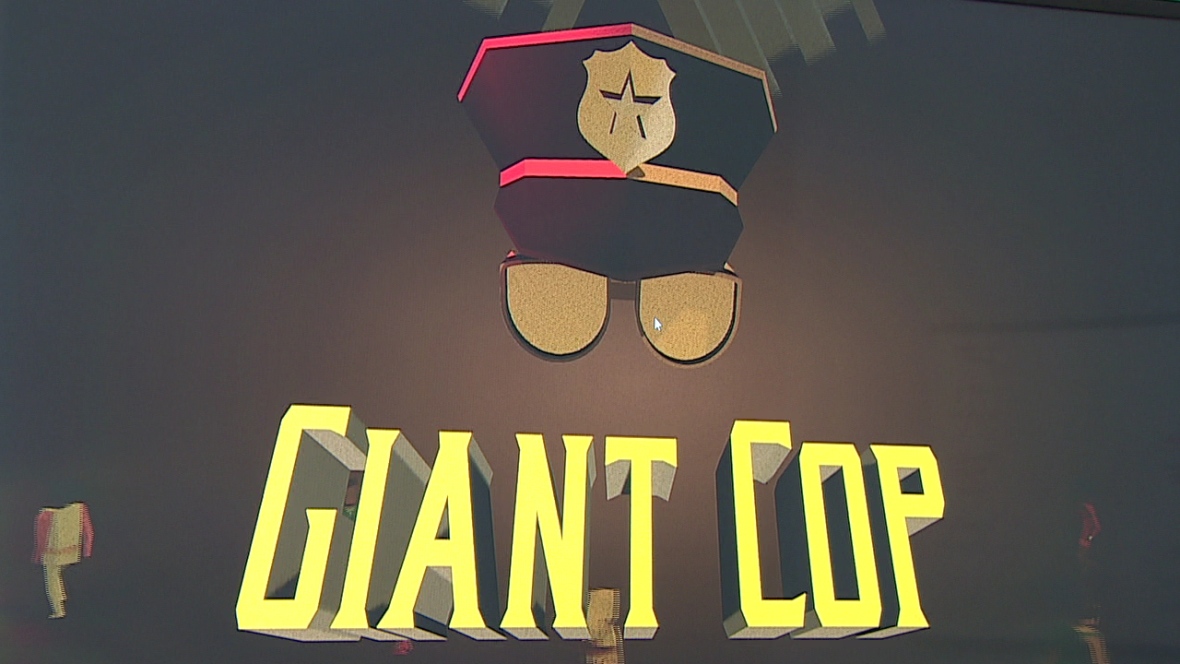 One such event, the Bank Robbery, is already live in the game. Your watch tells you there’s a bank robbery, and you can see the burning bank in the city. Your city.

A flying car with robbers emerges, and you grab it in your giant mitts and toss it into the police station.

Giant Cop then, 10 minutes of fantastic fun in a city where you can do pretty much anything you can think of. The rest of the game is still in the works, and we’ll have to wait till it launches towards the end of this year to see what else it’s got in store.