Lemmings-esque puzzler Gets to the Exit coming to iOS, Android, and PC this Friday

Gets a look at this

iOS + Android
| Gets to the Exit

Small South London-based digital developer Roll7 has informed us that it's working on a Lemmings-esque title for iOS- and Android-powered smartphones and tablets, as well as for the PC.

Entitled Gets to the Exit, this upcoming puzzler tasks you with travelling around the globe helping a tribe navigate various levels - all of which feature hazards, timing-based gameplay, and multiple routes for your little travellers to take.

You can't control your tribe directly, but you can raise and lower platforms to construct safe walkways, and trap baddies before they ruin your chances of progression.

"We set ourselves a lot of challenges in designing Gets to the Exit, not only did we want to avoid making another physics game, we also wanted to make something simple - no virtual joysticks and only one type of interaction (touch and drag) that could be expanded to a give multiple outcomes," John Ribbins, Roll7's creative director, said.

"We wanted it to be simple enough for any level of gamer to pick up and enjoy but also be attractive to the more experienced gamer. We all loved Lemmings back in the day, and that was a game that started out punishing and drove you to tears later. I think Gets to the Exit finishes up in the same way, but the learning curve is a lot shallower!" 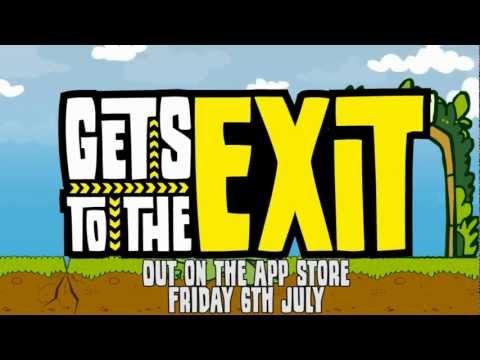 Lemmings-inspired puzzler heading to iOS and Android on July 6th