iOS + Steam
| Get Together: A Coop Adventure

Get Together: A Coop Adventure is indie game developer and publisher Studio Sterneck's co-op puzzle adventure coming to iOS on October 14th. The picturesque title offers an innovative way for players to work together to solve puzzles whether on mobile or on PC via Steam.

Get Together: A Coop Adventure is essentially a story of two beings who are lost and must find their way through a series of mysteries, and the communication-based puzzler challenges players to solve these problems together. The game itself takes inspiration from We Were Here™ and Keep Talking and Nobody Explodes™.

The cross-platform title features an otherworldly environment and an intriguing tale about reuniting with your other half. Players will have to communicate to overcome obstacles along the way, as each player will only have one part of a solution while the other will have a different part. 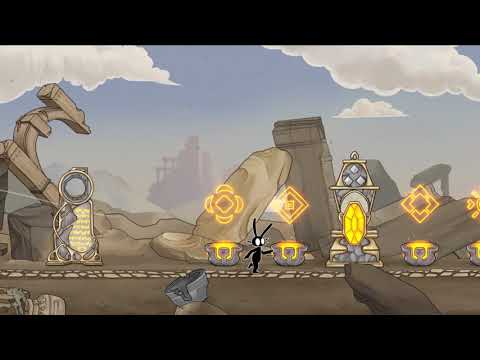 Visuals look breathtaking and controls are intuitive, so it's supposedly suitable for all ages with easy-to-learn mechanics. You also won't need an internet connection to play the game, so there will be no blaming the wonky WiFi when you've got a particularly tricky headscratcher in your hands.

Get Together: A Coop Adventure is a relatively short game with just 2-3 hours of average playtime. If you're eager to know more about this charming title, you can pre-order it on the iOS App Store for a price tag of $3.99, or check out the Steam page if you're looking for someone to play it with on PC. you can also take a sneak peek at the gameplay in the embedded trailer above to get a feel of the gameplay.

Are you on the hunt for more head-scratching puzzles you can obsess over on your mobile device? Why not have a look at our list of the top 25 best puzzle games for Android phones and tablets?

Next Up :
Kingsense, the futuristic RPG from Superprism, has decided to shut down its servers after only six months