The update’s main seasonal event is the Shadow Amidst Snowstorms. It will see players visiting Dragonspire, a belt of mountains enclosed in snow with turbulent weather year-round. Here, players must endure the utter cold and in this extreme weather, also complete challenges involving agility, tracking and combat. Where there’s risk, there’s reward. Surviving players will receive a new 4-star sword, Cinnabar Spindle, and be able to create their own Puffy Snowman. 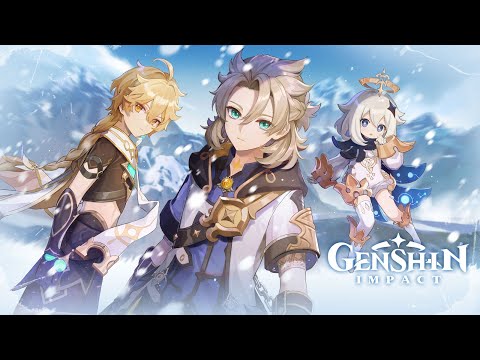 Next, you must go to Inazuma and lend a hand there. For reasons unknown, there’s been a mass disappearance of small animals and a mysterious Warrior Dog from the city. You must join hands with others and investigate this mystery in order to rescue the little critters. Your journey will eventually lead you to a special gadget that is capable of replicating the forms of some creatures in the Serenitea Pot.

The two new playable characters, Arataki Itto and Gorou will be available in Wish Events. Arataki is a 5-star intrepid with Oni blood running through him. His weapon is a giant Claymore and he uses Geo power, Arataki is capable of slashing Charged Attacks. Using his Superlative Superstrength, he can morph into the Raging Oni King, who receives massive buffs on attack while nerfs on Elemental and Physical resistance. Gorou is a 4-star hero also using Geo, but with a bow as his main weapon. A general of the Watasumi Island forces, Gorou is capable of providing buffs to characters on the field.

Finally, we have a new boss in Tsurumi Island – the Golden Wolflord. An even more devious version of the Rifthounds and their Whelps, he can apply the Corrosion status on players, which lowers the health of all party members regardless of shields. It is capable of shielding itself with Rifthound Skulls and in its powered state can raise its attack while lowering Geo attack resistance, making the new characters good candidates to fight against him.

Version 2.3 of Genshin Impact launches on November 24th. Download the game for free on the App Store and Google Play.

Check out the November 2021 promo codes for Genshin Impact to get loads of free stuff!
Next Up :
Ninja Must Die is an upcoming combat-focused action runner with stylish ink-based visuals, now open for pre-registration