It's incredibly hard to stand out in the kart racer subgenre, especially when most of the more visual, competent releases feature existing mascot characters. Mario Kart, Diddy Kong Racing, Crash Team Racing, Sonic Team Racing; They all have existing characters at the helm, regardless of their differences. Garena Speed Drifters might not have the mascots to hold it up, but the gameplay is solid and other features make it an incredibly well deserved combatant in that space.

Garena isn't particually well-known where Pocket Gamer are from, although that definitely seems to be changing. They handles local publishing of online giants like Fifa and League of Legends across the multiple south-east Asian countries (and Thailand) that they call home. However they've recently opened up some of their non-localisation efforts to the world. Garena Speed Drifters, developed by Tencent's Timi team, is one of these efforts, and it is a delight. 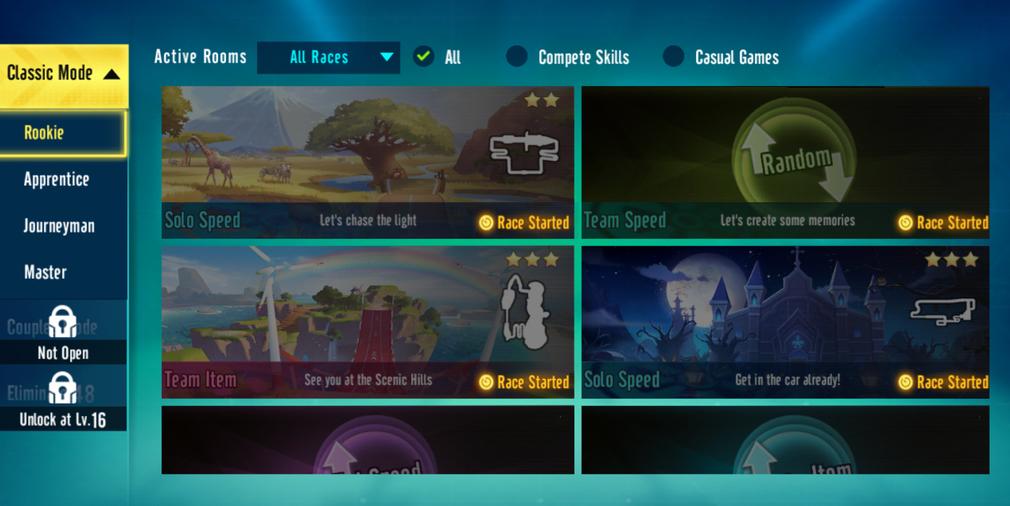 Speed Drifters manages to nail all of the basics we've come to expect from a kart racer - drift-wrangling for boost, generously littered power-ups and shortcut-laden tracks - and then they sprinkle a little bit extra on top. Perhaps most notably it takes ownership of what would otherwise be its greatest burden: the lack of a mascot. Speed Drifters has a solid character customisation system, and builds its entire progression system around it. It's also constantly rewarding you for showing up and playing, which certainly gives good reason to keep logging in.

It also features an exceptionally overwritten story mode, one that is completely unnessecery for a kart racing game and is, as such, extremely kitcsch and enjoyable. It's a tale of an underdog burdened with constantly emerging rivalries while on their rise to the top - when will the former champions recognise the latent skill of [player name]?

While simple, the racing controls are perfect for what is required. Smart phones simply don't have enough buttons to slide an accelerate input onto the screen, and so automating that allows for a clever layout which covers all the basics. This even persists into the other modes, the item based modes and the team-based item modes.

The team-based item mode is, perhaps, Speed Drifters' greatest innovation. Two teams of up-to three players are formed, with the two factions then having a standard item-enabled race, with the first team to get a kart past the post being the winners. The most visible change is that items which auto-track and target other players no longer target their allies, guaranteeing that there's a lot more pressure on first place. However, the biggest change is that you can pass items between players.

If you've got a defensive item and your 1st place (or indeed, any) ally is being targetted then you can pass them your items for them to use. This is a smart, outstanding innovation, and one which truly promotes co-operative play in new ways - for that alone I think it is well worth most racing fans giving the game a go. 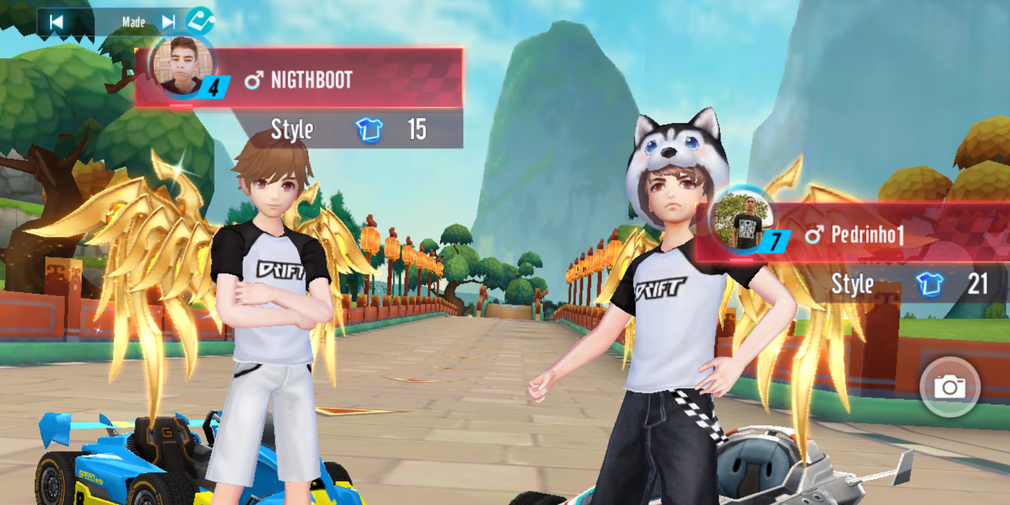 So, now we come to the negatives. Speed Drifters has the start of a great soundtrack in it, however this amounts to a fistful of tracks which become quite repetitive after several plays. Even with the music expansion pack which you can download for a reward, you'll be familiar with the expanded roster of 13 songs in no time. Race track variety is decent, but they unlock very slow and a somewhat limited draw-distance means that busy maps will have you spending substatntial time watching the minimaps. The loading screens are, well, completely lacking in variety and you'll spend a lot of time looking at them while listening to the same old music.

If Speed Drifters continues recieving content upgrades, has some small engine tweaks and recieves a wider radio selection then it could easily become one of the stand-out racers of the mobile marketplace. At the moment though, it still has enough quality and character to stand out from most kart-racing contenders.

A solid kart racing game with some smart ideas, only held back by some light technical issues and a limited soundtrack.
Next Up :
UFO99 review - "A fun little arcade game on the go"