Free Fire is not only one of the biggest mobile games in the world but one of the biggest games period. It has received several updates since its inception in 2017 and that includes new maps. Recently, the developers introduced the Purgatory map for Clash Squad.

Now, we see a fresh new map for the classic Battle Royale mode. This location is called "Alpine" and is one of the prettier maps you'll see in a Battle Royale. It features several mini locations, each with its own unique setting or weather element. This is pretty similar to Fortnite.

As with any BR location, Alpine is huge. It can seem pretty overwhelming since it's new, but you'll get the hang of it pretty quickly. But here are some things to take note of when exploring this fresh new map if you haven't had the chance to dive in yet.

There Seem to Be More Items 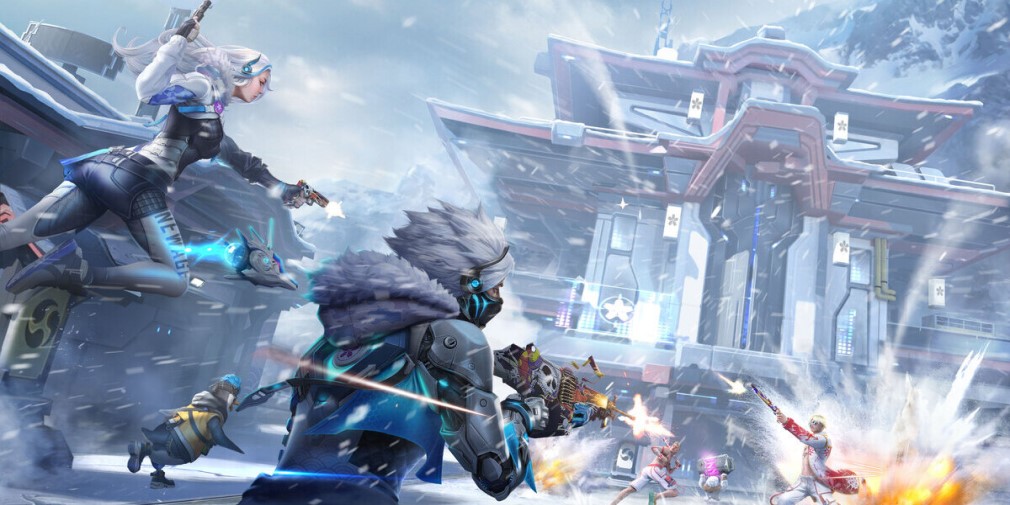 One of the great things about the Alpine map in Free Fire is how much gear is on it. On the classic Bermuda map, there were a decent amount of items but you might be running around a bit before you find some good weapons and such.

In Alpine, it seems to be chunkier with sweet gear. Each part of the map is nicely broken off and each has its own selection of things. It can particularly be kind of tricky to find decent weapons early on but it shouldn't take you long after you land.

And although there are a nice amount of things lying around, it doesn't take away the element of survival that makes Battle Royales unique. But go ahead and drop into the world and enjoy the goods. Oh, and try to survive as long as possible.

This kind of coincides with the amount of gear that's available to you. There's a variety of unique locations within Free Fire's Alpine map. From snowy areas to forests, there's a little something for everyone that's easy on the eyes while you explore and survive.

What this means is that there are more structures than before. This equates to the chances of grabbing some good, solid gear for your character. Take full advantage of this as there are essentially no weak spots out there when looking around.

Just know that you may see players drop everywhere more often in part because of this. Bermuda has its share of structures, but not quite like Alpine. This will draw players to it. It's unpredictable though as we know so you still shouldn't have much trouble early on. Having quick access to weapons and vehicles can make this easier. Again, it all just depends on the other players and where they plan to drop. Feel free to drop in an area where you see the least players if this is a concern. And don't forget to take in the beauty of the map too while you're running and gunning for your life.

Vehicles still aren't incredibly accessible in Free Fire's Alpine map but they feel more available than usual out there. This can be a good thing if you need to make a fast clean getaway from the storm that's coming in or perhaps if you feel under matched against an opponent.

Hop on in one that you find and rev yourself out of there. It's a nice convenience when you need it. Can't tell you how many times a vehicle saved me from getting swallowed up by the storm. Now, the storm in the battle royale mode doesn't wreck your health fast like in Clash Squad but still.

Your character doesn't move crazy fast and that thing is going to continue to shrink. Using Kelly who's known for her speed might help but having a ride guarantees you safety (well until you get into a gunfight with fellow survivors of course).

Maybe you'll also be interested in how to obtain Alok in Free Fire and how to change your nickname step by step.

0/3
Next Up :
Warpath best units divided by classes