We've been back and forth over whether or not the Brazillian living room console Zeebo falls within Pocket Gamer's sphere of interest or not.

It's not portable, and it won't go in your pocket. It needs a TV, and has a separate controller. All in all, it's not really looking like the sort of thing we'd be bothered about.

But what's thrown us is its game delivery method. The Zeebo makes use of digital distribution, and comes with 3G cellular connectivity built-in, allowing players to download over the air even if they don't have an internet connection in their home. Perfect for the developing countries it was designed for, eh?

And now that mobile gaming champions like Fishlabs are selecting the Zeebo as their first foray into under-the-TV gaming, it seems the budget console is coming closer and closer to Pocket Gamer's remit.

As one of our editorial gaffers put it, "If we don't cover it, who will?", so we decided to get in touch with our old mobile buddy Michael Schade over at Fishlabs and learn more about how Galaxy on Fire was developed - and how it plays - on the new living room mobile platform.

Pocket Gamer: How did you get involved with developing for the Zeebo? Did the Zeebo guys come to you, or did you see an opportunity in the console?

Michael Schade: When we heard about Zeebo and that it is based on a Qualcomm chipset running BREW and using [over the air (OTA)] distribution it was crystal clear to us that this is a perfect match for our console-style mobile games.

We knew Mike Yuen from the days when he was with Qualcomm because of the titles we published in the US on BREW. So I dropped him an email just before GDC this year and we set up a meeting right away.

The Zeebo seems as though it crosses the boundary between console and mobile. Do you think this will make it more appealing to mobile developers than console developers?

Absolutely, at least if you're familiar with BREW development and OpenGL ES and the submission process through Qualcomm. Console developers would be surprised about all the hoops you have to jump through.

However, pure Java developers may be familiar with comprehensive submissions, but to deal with C code, new compilers and 3D assets may be new story to them.

Can you explain the differences (or, indeed, the similarities) between developing a game for the Zeebo and developing one for, say, the iPhone or mobile?

Actually, the Zeebo is not too far from the iPhone in terms of technical specs. The resolution is a bit larger and the aspect ratio is 4:3 compared to iPhone's 3:2, but for most games little tweaks on the menu should do.

Since the GPU is less powerful than the one featured in the iPhone the 3D assets have to be reduced, but that’s a standard job for 3D artists. But heads up when using bright, highly saturated colours which could bleed heavily on the TV screen due to the limited colour range of YUV.

Same goes for fine horizontal lines that tend to flicker because of the interlaced frames on the TV. Another technical difference is the absence of OpenAL which means you have to tweak your sound engine.

Did Galaxy on Fire take a lot of work to make it suitable for the Zeebo? Did you start from scratch, or were you able to port it from one of the mobile platforms?

Well, if you have the right technology in place, like we do with our platform independent game engine ABYSS, that supports OpenGL ES, and if the game code is already based on C you have a first playable game within a week.

We used the iPhone code and some 3D assets from the BREW version that we already had in place. Also, the Zeebo support team did a great job in helping us to get any issues solved. 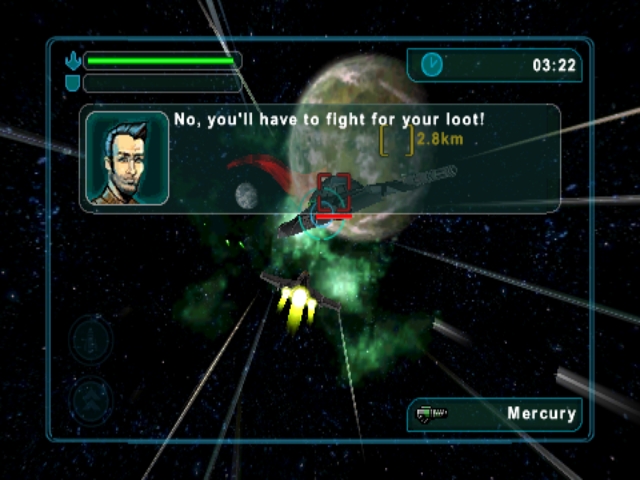 Are there any particular differences between the Zeebo version of Galaxy on Fire and the mobile/iPhone versions?

As mentioned, we used the BREW graphics but otherwise GOF on Zeebo comes with identical features as the version on iPhone does. The only thing that’s really different is the support of the analogue game controller.

What was the hardest part about adapting Galaxy on Fire to the Zeebo?

The biggest challenge was to get the framerate right, even with the smaller 3D assets. You can’t just take the textures from the iPhone and scale them down. It took some time to find out how to organize the textures efficiently but in the end we got a decent framerate about four times better compared to our first attempts.

Which aspects of the Zeebo version are you particularly proud of?

Although Galaxy on Fire was designed to run on a Java phone (Sony Ericsson K700) at 176x220 pixels display, without GPU and as little memory as 512KB about four years ago, it plays and looks like a proper console title on Zeebo.

Believe it or not, personally, I think the game experience on Zeebo is even better than on any other platform we have Galaxy on Fire published on and this is because of the analogue game controller. 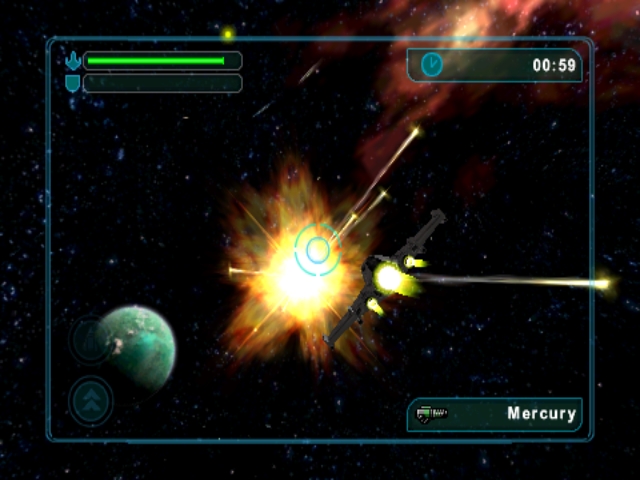 Did it require any special development tools to build Galaxy on Fire for the Zeebo?

You need an IDE supporting native development, the Qualcomm BREW SDK and a cross compiler. Well, and a Zeebo and a TV set, of course. Then you're ready to go.

Do you think you'll bring any other mobile/iPhone titles to the Zeebo?

Without telling too much, you'll see another one of our hero titles on Zeebo at the end of this year. So stay tuned for this one.

Do you have any plans to create new IPs for the Zeebo platform?

I don’t think that the Zeebo is a platform for new titles in the first place. Since it's so easy to port to (with the right technology in place) and since it's targeted at emerging markets, where for many the Zeebo is the first and only gaming device, it's perfect to make some extra money from an existing portfolio.

Could the Zeebo survive and thrive in Europe or the US, do you think?

That would be a tough pitch, quality wise, against the existing install base of the Xbox, PlayStation and iPhone, as the level of graphical appeal is somewhere between PS1 and PS2. Also, one of its strongest propositions, the game distribution over 3G networks, is less relevant in countries where pretty much everyone has a fixed line internet access. 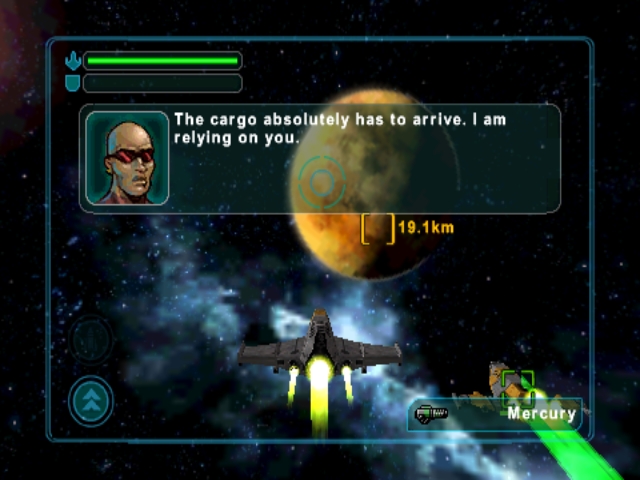 Has working on the Zeebo encouraged you to branch out onto other console platforms, such as XBLA or PSN?

It definitively made as think again about these channels. However, even if through XBLA or PSN we can reach out to a much larger user base we are aware of a much different competitor situation.

There are way more titles available and we have to compete against some really talented console guys. Not so sure if we're really keen to dive into the pool full of sharks!

Thanks very much to Michael for taking the time to chat, and to clue us in on this fascinating new platform. With Galaxy on Fire in its launch line up, the Zeebo bar has been set pretty high.
Next Up :
App Army Assemble: Perfect Grind - "Does this skateboarding game successfully bring the thrill of the sport to mobile?"

Exclusive: Fishlabs working on Galaxy on Fire for Windows Phone 7

Galaxy on Fire makes the jump to Zeebo console

Five new 3D mobile games on the way from I-play