Galaxy Genome is a space exploration game out now for Android

Galaxy Genome is set in a universe where humanity is facing extinction, with the perpetrators still remaining unknown. You pilot a small ship transporting contraband around the galaxy, which leads you to trouble with the law. As a result, you’re forced to make a deal with them and begin your dangerous space adventure.

As well as the main storyline, there are also a lot of side missions to engage in freely as you explore the outer reaches of space. You can choose your own path, for example becoming a rich merchant profiting off the confusion of the galaxy, or become a pirate who transporting illegal goods through it. Check out this trailer below to see more. 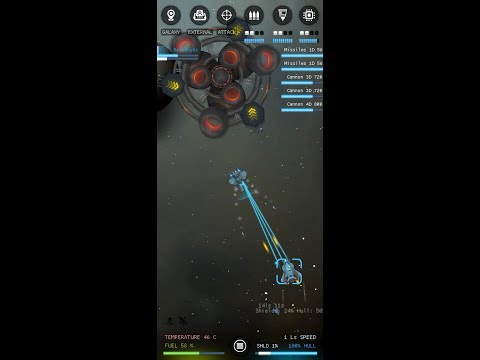 Just to give you a perspective of what Galaxy Genome has to offer, there are apparently over two billion star systems to explore all while experiencing this exciting plot. You can also modify your spaceship so it can manoeuvre differently, as you perhaps may want to prioritise speed over defence or want to add weapons to your ship’s hull.

Galaxy Genome really wants you to feel like you’re existing in this universe, hence why it gives you some choice in whether you want to rob merchant ships or hunt for pirates. You can also extract resources from asteroid belts and collect research data from stellar systems, giving it a methodical edge to how you want to develop your character.

If you want to check out Galaxy Genome for yourself, be sure to download it from the Google Play store for Android. It’s a premium title which costs £2.29 to play.

If you enjoy strategy games you should read our list detailing the best ones on Google Play.
Next Up :
Black Desert Mobile reveals new Drakania class alongside other major updates and announcements