Casual Connect 2015: Fuego is a turn-based Western standoff game with a ton of style

In a scorching desert somewhere in Mexico, an assortment of armed animal bandits step up for a tense standoff.

Some come with just one gun, others dual wield, while the more creative partners in crime are strapped with three or four revolvers; a tower of gun in one tall, sombrero-topped package.

The game is Fuego, a sharp and competitive Western standoff game headed to iOS, Android, and Steam on October 15th.

In it, two players take turns placing bandits around a randomly generated screen. The positioning of the opponent’s gunslingers are invisible until both players have made their choices within the ten second time limit. After both players have placed four bandits, rotating them so that their guns are facing the right targets in accordance with their strategy, the standoff begins. 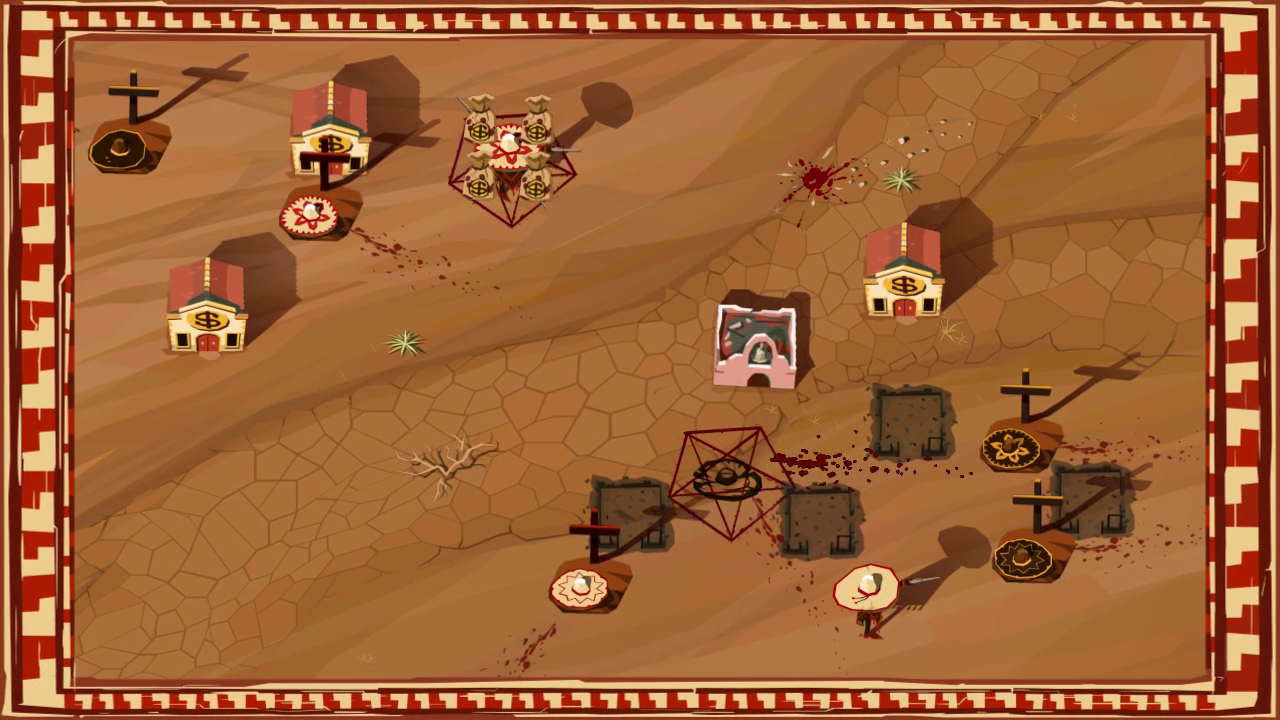 The goal is to walk away with as much gold as possible, which is obtained by either shooting open a bank, or stealing cash from an enemy bandit who has just shot a bank. Bandits with one gun shoot first, then goes the one with two guns, then three, then finally, four, until the screen is a blood-splattered wasteland of sand, tombstones, and crumbled buildings.

It takes barely a minute to setup a game of Fuego and only a fraction of that is dedicated to its climactic firefight of an ending, but it’s a thrilling experience that ended up being one of my favorite games at Casual Connect in San Francisco this past week. 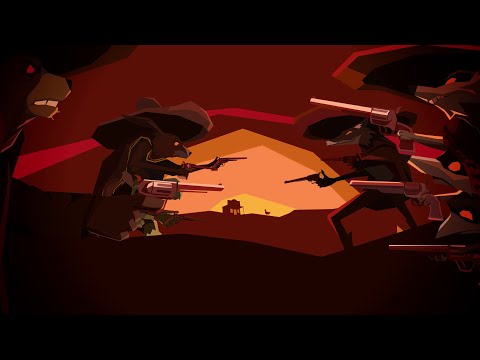 The actual strategy of the game is simple to learn, but makes for some really fun situations: in only a few seconds, you have to predict the enemy’s line of fire and try to get the jump on them by placing your bandits in unexpected positions, keep track of which bandits are going to kill which first, and determine in what way you can grab the most gold while walking away relatively unscathed. There’s also friendly fire, so you have to account for that too.

Fuego’s setup and action-packed finale has the same thrill of setting off the first domino in a domino line. It’s a chaotic chain reaction that lays to waste everything you spent setting up, but in a way that’s visually appealing and engaging enough to make up for it.

Also, you spent under a minute setting up anyway, so there’s no loss – then again, I wonder how fun a longer, more complex game of Fuego involving 20 carefully placed bandits would play out? 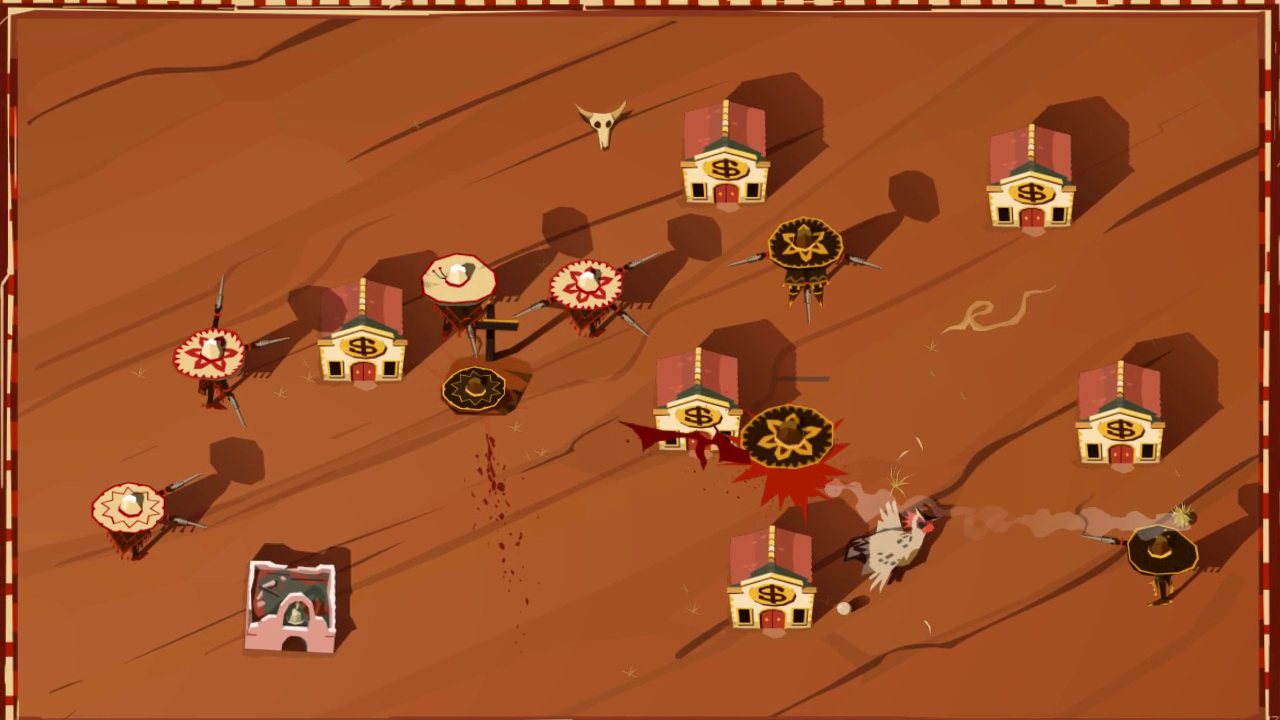 Not only is Fuego fun, but the art is fantastic. I especially love the way the sun sets at the start of each standoff, dramatically stretching everyone’s shadow before the bloodshed. I'm always happy to see a Western-themed game, and Fuego in particular is stylish as hell.

Fuego will be out on October 15th, 2015 on desktop and mobile devices.