Developer Kunabi Brother is probably best known for its puzzler Blek, a minimalist game of ink lines that proved to be quite varied and tricky despite its simple concept.

Even without the gameplay or puzzles, Frost would be a worthwhile experience. The way its streams of particles move across the screen, twirl and intersect, combine and interact, and coalesce into glowing swirling orbs is as satisfying as using those interactions to solve the game's stages.

Thankfully, those interactions are at the core of Frost's gameplay. Through swipes and drags, you create paths with your finger, funnels that move the sparks along the screen like a conveyor belt into waiting orbs.

Things start off simple enough, with variables like different coloured particles, differently sized orbs that collapse after a certain time, and gaps on the screen where you can't draw. 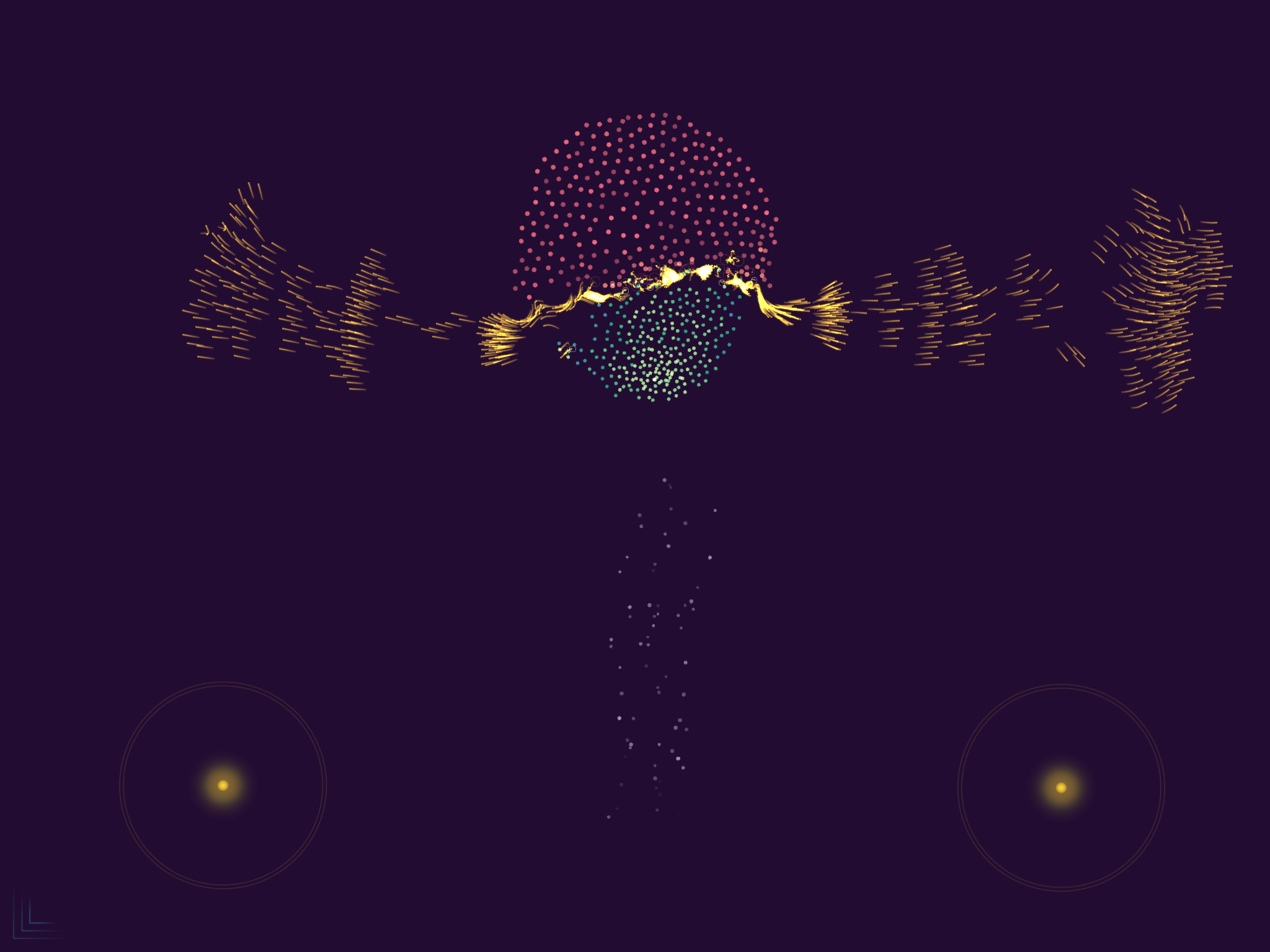 That alone would make for interesting and varied puzzle game, forcing you think about timing and screen space, not too easy or dull, but simple enough to be relaxing.

A spectacle of sparks

However, Frost soon introduces a bevy of clever new ideas. Particles that don't travel along lines but are bounce off against the barrier. Particles that act like magnet clouds, pushing and redirecting other elements.

Particles that can't travel on their own but must be carried along by another type, or particles that activate like rockets when combined with another material.

Across 55 stages, Frost continually layers on these unique twists and tweaks, each introduced without text or direction, encouraging you to experiment and play with them to learn how they work. 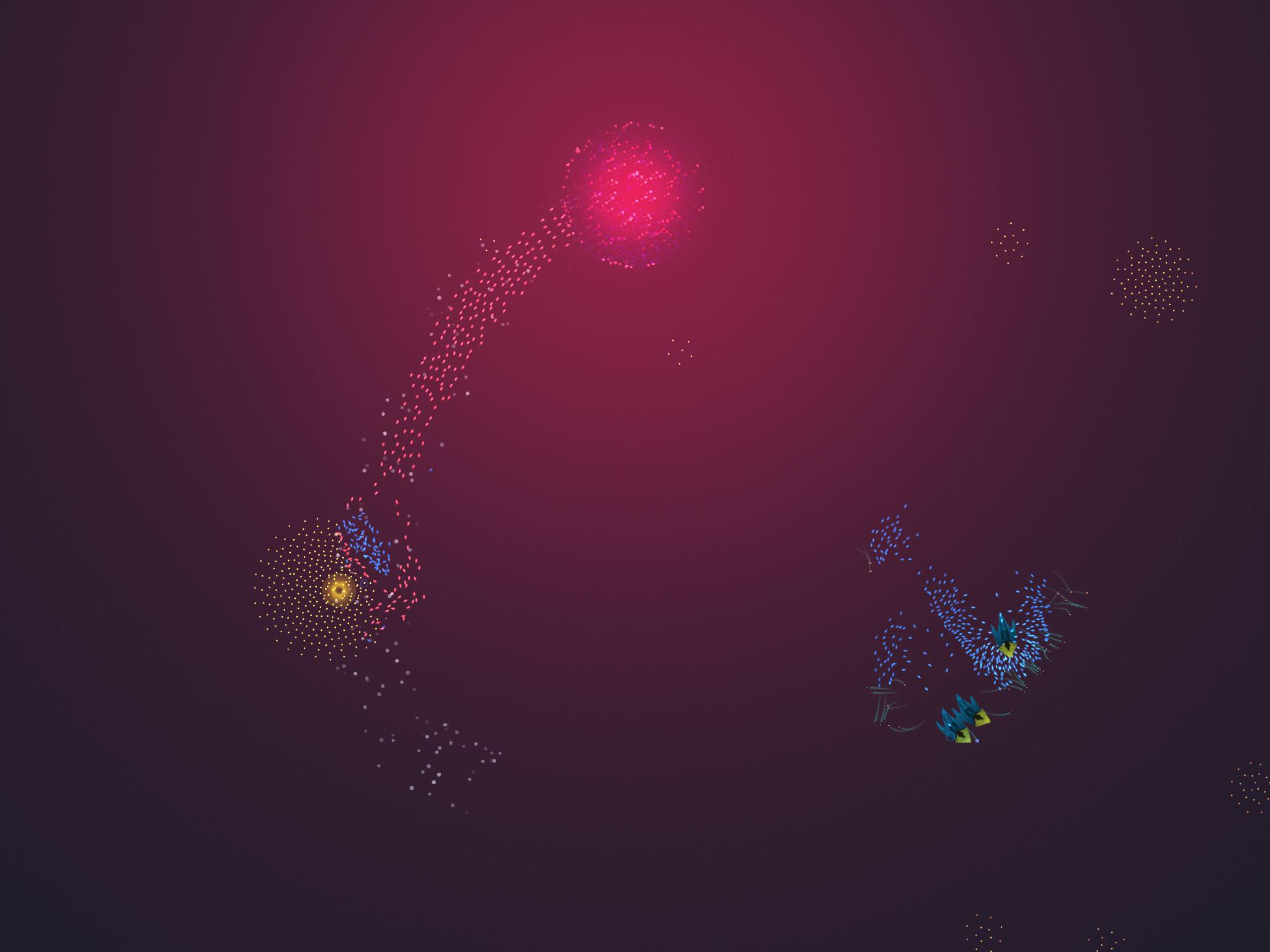 That playful vibe is perhaps Frost's greatest strength, and a potential weakness. It's a game of easy experimentation and calm relaxed puzzling solving, enjoying the visual spectacle as much as figuring out a solution.

Those seeking mind-bending brainteasers or much depth and complexity won't find them here though.

Frost makes up for a lack of challenge with its beautiful aesthetic and consistently clever mechanics
Next Up :
Dr. Chatelet: Faith review - "A surefire way to make you appreciate modern medicine"