Columnist Jon Jordan likes Epic's vision, but not its implementation

Welcome to the latest in our series of Pocket Gamer columns. We're taking the best games writers in the industry and giving them a platform. Veteran journalist Jon Jordan is here each week examining the trends shaping your mobile games scene. This week, he's considering what we can learn from Fortnite's mobile distribution.

Given I've recently argued the 70:30 App Store revenue split is doomed, you might think I'd be high-fiving Tim Sweeney's pronouncements on the subject.

How little you know me.

Epic Games' CEO has long railed against "parasitic" app stores taking an "unfair cut" of developers' revenue, of course. Personally I wouldn't use such language, but then again I'm not a developer seeing their cash "leeched" away.

My view is the 70:30 split was originally a great improvement on what had gone before, which depending on the exact deal, saw mobile developers getting as little as 20% of gross revenues once mobile publishers and mobile networks took their cut.

Yet what was a great improvement 10 years ago is now in need of reconsideration. Certainly the approach taken by Microsoft Store for apps (not games) demonstrates a more nuanced understanding of the value app stores now provide.

What's an app store for anyway?

Its basic cut is 85:15, but if a purchase is sourced through a deep link to the app's own store page, the developer gets 95 percent of the revenue because that install hasn't happened through Microsoft Store's discovery or search system.

To me this seems a much more equitable system, which sees Microsoft taking 5 percent of revenue for providing distribution and payment services, with the 10 percent given to whoever drives actual discovery. 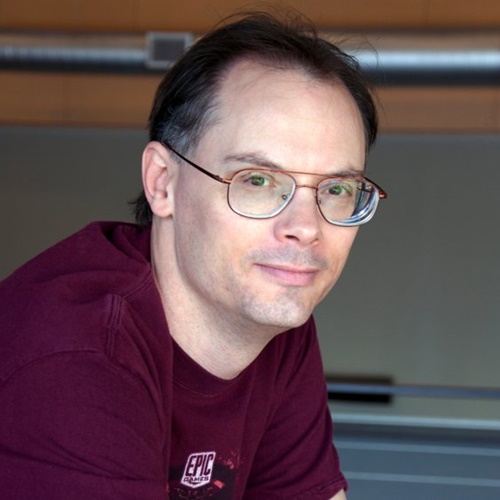 In this context, it's ironic Apple has just killed off its own affiliate service, which for the past 10 years has enabled websites to generate a tiny amount of revenue for driving a sale through the App Store. Combined with its regular culling of advertising services, it's clear Apple's long term trajectory for the App Store is to increase the height of its already vertiginous walled garden.

Yet, back to Tim Sweeney.

Beating up on Play Store for Samsung

With Fortnite already 2018's hit game, having generated dozens of negative tabloid headlines and over $1 billion of revenue, Sweeney's anti-app store stance has crystalised with the news the Android version of Fortnite won't be available via Google's Play Store.

Instead, players will have to go to the Fortnite website, and download an installer program, which will change your phone's Android settings so it can download apps from non-trusted sources (i.e. app store that aren't Play Store) and sideload the game. 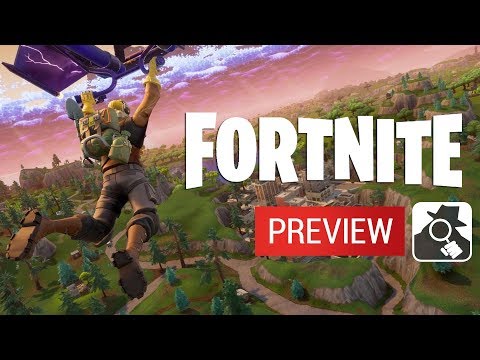 Clearly it will be fascinating to see what percentage of users do this, and how quickly Epic will be hit by a lawsuit if there are any issues with the installer that result in people subsequently downloading malware from non-trusted sources.

Similarly the cynic in me will be interested to see how Epic's rumoured distribution deal with Samsung plays (or pays) out. Presumably Samsung will pay handsomely - effectively a 100:0 cut - to have a link to the Fortnite installer available through its otherwise underused Galaxy Apps store.

The Apple-shaped elephant in the room

Because the big contradiction of Sweeney's stance isn't that he thinks the 70:30 split is disproportionate. It's that Fortnite is available on the Apple App Store.

Boiled down to its bones then, Epic's decision is less to do with the 70:30 app store split but whether the app store in question enables Epic to circumvent the 70:30 split.

When it comes to iPhone and iPad, the option is use the App Store or have no distribution of your game on iOS because the Apple App Store is the only way to distribute iOS apps. The old days of jailbreaking iPhone are long gone as a mass market option.

In contrast, Android is designed to be an open ecosystem. Sure, Google Play Store is the default option but anyone can run their own Android app store, and many companies do so, especially in China and south east Asia, as does Amazon.

In this way, Epic's stance and Sweeney's justification is less principled and more pragmatic than it's portrayed. It's equivalent to the fearless lawyer for social justice only taking on the cases they know they can win.

Even more fundamental, however, is the fact that the cut any app store takes doesn't matter much to Fortnite's success anyhow.

The game has generated over $1 billion with around $160 million gross - $48 million for Apple - reported from iOS. Not nothing but a fairly minor percentage in the grand scheme of things.

No. What mobile gives Fortnite is a massive reach into an audience that either doesn't have access to PC or consoles or hasn't played Fortnite on them yet.

Seen in that way, Fortnite on mobile is more of a UA or an onboarding exercise in which Epic hopes to move some low ARPU mobile players to higher ARPU console/PC players. And in that context, Android players are very ARPU and the vast majority will never have access to consoles or PCs - so why bother even releasing the game for them?

When it comes down to brass tacks, Fortnite isn't even a mobile game in terms of its control or its pacing and UX being optimised for mobile. It's a game that technically works on mobile.

For sure, it's an expectational game but one that proves the rule. No matter what cut they take, app stores are the only game in town - at least, if you care about mobile players.

If this column has given you food for thought, share your comments below and bookmark Jon Jordan's page for more of the same next Monday. Remember to also check out words of wisdom and mirth from experienced games journalists Susan Arendt and Harry Slater each week.
Next Up :
Best upcoming mobile games in 2021