Forestopia lets you build a green haven in the same vein as Desertopia, now open for pre-registration

Gravity Game Arise Co., LTD has announced an upcoming sequel to Desertopia titled Forestopia, letting players chill to the vibrant greenery of flora and fauna on mobile. The relaxing island sim is now open for pre-registration for both iOS and Android users across the globe.

In Forestopia, players can expect to grow an uninhabited locale and cultivate its charm with plants from humble little seeds. They can research and craft cuddly creatures as well, and create terrariums before releasing the animals into the wild.

Desertopia boasts 1.9 million downloads to date, and Forestopia hopes to achieve the same success. The game will also feature an enhanced UI/UX system plus main quests that will reveal the truth about the Yeti's narrative, as players expand their island and build a low-key and totally chill haven. Tidying up the island can also reward players with valuable resources they might just stumble upon in the trash. 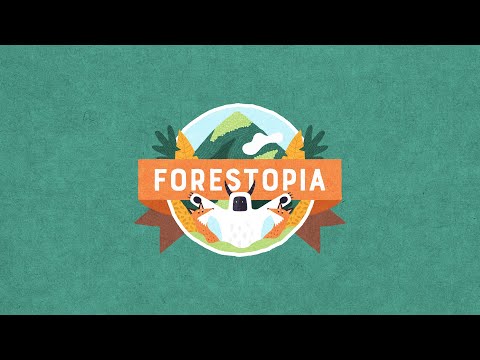 If you're keen on giving the game a go and getting first dibs on it as soon as it officially launches, Forestopia is now available for pre-registration on the iOS App Store and on the Google Play Store for Android devices. It's a free-to-play game with in-app purchases. Eager fans who sign up can score the "Shibainu" commemorative login bonus once the game is released.

You can also join the community of followers on Twitter to stay updated on all the latest developments, head on over to the official website to learn more info about the game, or take a little sneak peek at the embedded clip above to get a feel of the game's visuals, gameplay and vibes as well.

Are you on the hunt for more similar titles that will put your skills to the test on your mobile device? Why not take a gander at our list of the most relaxing Android games?

Next Up :
Bleach: Brave Souls hosting the Thousand-Year Blood War Step-Up Summons event, offering up a much better chance to roll for rare characters