Of gods and octopi

Welsh developer Dakko Dakko is in the process of retooling two of its top-rated PlayStation mini games for the PS Vita.

The first game to get the HD re-release treatment is side-scrolling shooter Floating Cloud God Saves the Pilgrims.

In this quirky title, you are cast as the titular deity, who must drift ahead of his pilgrims and clear the path of flying demons and other blasphemous entities.

While you are invulnerable, your followers are very much mortal. This means you'll have to use all the divine powers at your disposal to keep them from being smeared across the righteous path by enemy fire. 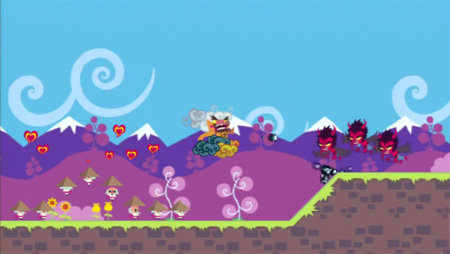 The second game Dakko Dakki is "remaking, remastering, and remagicalising" for Vita is The 2D Adventures of Rotating Octopus Character.

Left in charge of a constantly spinning cephalopod, you must roll around the edge of objects, avoiding bullets and rescuing baby octopi as you go.

Since our tentacled hero is perpetually on the move, it's important to stay one step ahead when it comes to directional choices. After all, you don't want to roll head-first into a golden nodding kitten, do you? 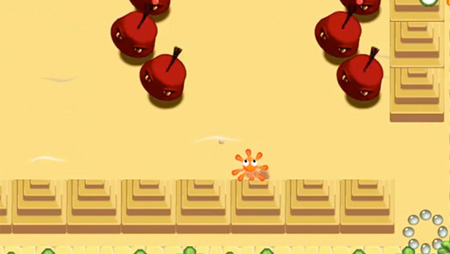 We thoroughly enjoyed Floating Cloud God Saves the Pilgrims and The 2D Adventures of Rotating Octopus Character when they landed on the PSP, handing each game a Pocket Gamer Silver Award.

Both of the remastered HD titles should be available on PS Vita this summer.