The Final Fantasy series has released a number of games on pretty much every gaming platform there is. Today, one of its hit mobile RPGs, Final Fantasy Brave Exvius is celebrating its sixth anniversary with numerous in-game events. Since launch, Brave Exvius has amassed over 45 million downloads and the party will be huge with fan-favourite units coming back alongside new rewards, challenges, and more. 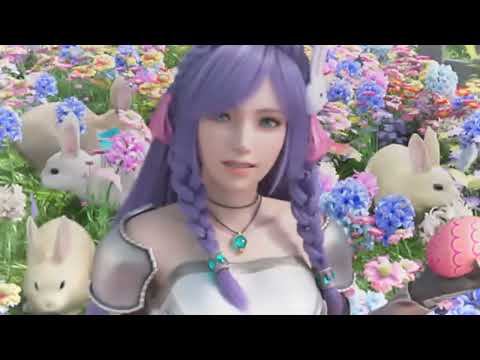 Final Fantasy Brave Exvius will feature a login event that runs all the way up until August 24th. It is full of unmissable goodies like 12,000 Lapis, Master's Crown, NV Guaranteed 10+1 Summon Ticket, a 6th Anniversary Emblem, and more. Wylk from the Fundamental Forces and Paladin Sylvie also make their way into the game with newly animated Limit Bursts. Both these characters will have their own Neo Vision Step-Up Summons with Slyvie’s being available until July 13th and Wylk’s up to August 3rd.

The party doesn’t stop there, though. Players will have the opportunity to get up to 480 free units over the next eight weeks. Each week, 60 summons will be possible and between August 18th and September 7th, new summons will be constantly added until the last one becomes available. The 6th anniversary login bonus can be divided into three parts, giving players a shot at earning 24,000 Lapis. Those logging in before 20th July will also receive a special ticket that grants them the power to select whatever unit they want from the available pool. 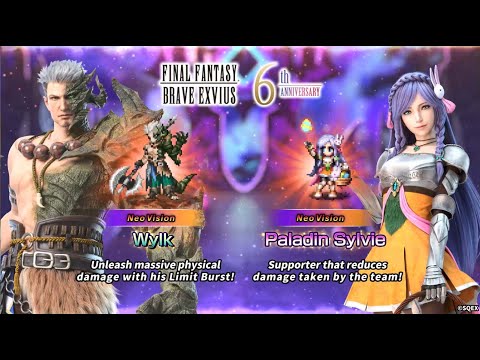 Special celebratory Vision Cards are being added to Brave Exvius as well. they have been designed by talented illustrators who’ve worked on many other Square Enix titles. Furthermore, the Dragon Arc of the Fundamental Forces will run for a month and give everyone handsome rewards. And if you haven’t gotten tired of all the different summons, here are some more! A Player Appreciation Summon whose prize is determined by the number of days logged in and a Player’s Voice Summon that is determined by the number of votes received.

Take a dip in this sea of rewards by downloading Final Fantasy Brave Exvius for free.

Also, check out this list of the best JRPGs to play on mobile!
Download now!
Final Fantasy: Brave Exvius

Next Up :
Arknights launches a new side story called Break the Ice that will explore the Snow Realm Incident