Square Enix has cancelled Final Fantasy Agito + ahead of its previously expected arrival on PS Vita in Japan this upcoming January.

However, last month, when revealing that the iOS and Android versions of Final Fantasy Agito would be killed off, Square Enix said that the game would be "reborn."

The plan is to stop the service for Final Fantasy Agito on smartphones in Japan on November 30th. The reason being that it wasn't up to scratch, apparently.

This "reborn" version is under development in order to provide a better experience.

Hopefully, then, this new version will also replace the cancelled PS Vita version of the game. But that's yet to be confirmed. 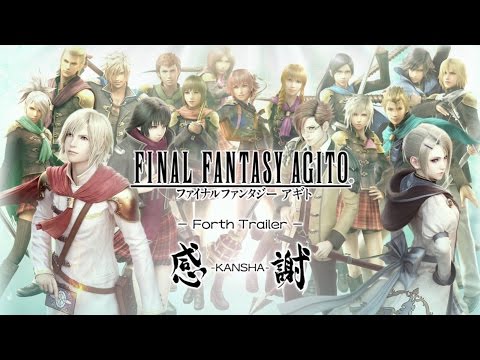 Our other hope is that this better version of Final Fantasy Agito will make its way west.

Square Enix said that last year that the game would be heading west "soon." That never actually happened. Surely, then, this "reborn" version will make it over here. Right?

If you don't know, Agito is a follow-up to Final Fantasy Type-0 and is a free to play RPG.

You play as an elite member of a school, learning new skills during weekdays, and fighting enormous creatures on the weekend.

Siliconera
Next Up :
Azur Lane is celebrating its fourth anniversary with the Operation Convergence event and a brand new soundtrack by Annie Sollange

TGS 2014: Final Fantasy Agito is heading to the Vita as a free to play title in Japan

Final Fantasy Agito 'will definitely be localized', although it still might not make it overseas

Could a free-to-play version of Final Fantasy Agito be hitting the App Store before the year is out?