Our latest VR guest column is by Jonathan Wagstaff of CONTEXT, the data analysis company

Every week we’re digging deeper into modern virtual reality with an open letter from a figure working in the industry. This week, Jonathan Wagstaff (Country Manager UK&IE of CONTEXT) reveals some of the latest market findings...

Since the launch of the major consumer head-mounted displays earlier this year, very little research has been conducted into what the general public and gamers think about VR and what sort of intentions to purchase they might have. We've all read time and time again that VR is going to forever change entertainment, and make Oculus Rift's Palmer Luckey truly live up to his name as the world's most fortunate man. But are we getting ahead of ourselves?

In an attempt to shine some light on what consumers are actually thinking, we at CONTEXT teamed up with Oculus, AMD, Dell, and others to form a VR Research Group, commissioning surveys to take the pulse of Joe Public, as well as dedicated gamers.

The first bit of good news is that at least three in four consumers in the UK have heard of VR. Those surveyed were most familiar with Google Cardboard, with half claiming to have experienced it already. Basic form-factors such as the Cardboard appeal most to consumers, with 43% stating the untethered headset paired with a smartphone would be the format they would be most likely to use.

Those in the UK certainly do not see VR as a gimmick, with over half of the British public (56%) agreeing that VR has serious applications in fields such as medicine, science, and education. Awareness aside, there is still a lot more education which needs to happen to boost adoption, with 78% agreeing that they do not understand enough about VR products.

Seeing the technology in action is the most important factor to consumers, even overtaking price at 68%: of those sampled, 79% consider a demo opportunity an important motivator in deciding where to buy. This is where VR could potentially play into the hands of high-street retailers. Interestingly, Amazon did not come on top of target shopping destinations. A third of consumers chose a large specialist technology retailer as their preferred VR shopping location, compared to Amazon's 18%.

Consumers are excited by the potential of VR, but convincing them to invest in the technology is still a considerable challenge. When asked how much they would be willing to spend on their first VR headset, consumers showed hesitancy in parting with substantial sums. 37% would prefer (unsurprisingly) to pay nothing for the headset, whilst 21% would only be willing to pay under £100. Moreover, the research shows that 8% of the general public and 26% of gamers are willing spend the £500 necessary to buy a high-quality VR headset.

I believe I can fly!

In terms of applications, consumers in the UK and around Europe are most excited about watching sport, film and TV in VR. Half of those surveyed in the UK (51%) would relish the opportunity to experience something they would never do in real life, such as sky diving. As you might expect, for VR game genres sports came top for the general public, as well as dedicated gamers in the UK.

But what did come as a surprise was the popularity of space and flight simulations. Taking a European average, flying and space simulators was the genre of VR game that most excited gamers. Elite Dangerous supports head-mounted displays on PC, and on mobile platforms games like Vanguard are showcasing the potential for these kinds of games for mobile VR. 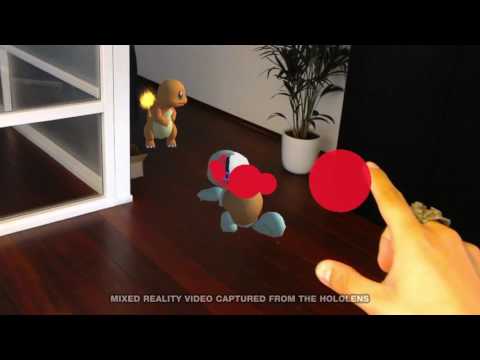 The emerging VR market needs to be tracked very carefully and public perception will no doubt evolve fast. Pokémon GO’s rocketing success throws an augmented reality (AR) spanner in the works, and head-mounted displays are now being adapted to respond to this new market. Many in the industry are looking ahead to the launch of Sony’s PS VR as the real test for mass-market VR adoption, and we at CONTEXT will be watching the 2016 Christmas market very closely.

Jonathan is the UK&IE country manager at CONTEXT, a world-leading data analysis group. CONTEXT offers end-to-end IT solutions collecting both sales and pricing data at every point in the supply chain. CONTEXT recently joined the VR Research Group to look at how VR is being adopted.

The Global VR Challenge run by Steel Media and DeePoon reached its conclusion recently in China, with Broken Window Studios emerging as the triumphant winner with its game Reflections. Read previous Virtually Yours columns here:
1/ Pam Peterson says there are great VR games out there now!
2/ Mike Bergene looks at the VR development community from the perspective of a lone indie game maker.
3/ Bojan Brbora thinks the most interesting VR projects right now are not necessarily games.