Each week we'll peek inside the progress of VR gaming thanks to an open letter from somebody working in the business. This week, Pam Peterson from Climax Studios ponders the state of VR now we're halfway through 2016…


If you're still not convinced that VR is the future of gaming, just look at these stats:


In the short term, mobile VR is the place where you can see fast growth - and importantly, as a developer, make money.

With the recent announcement that Samsung is extending its Gear VR giveaway promotion and will now include S6 phones as well, you can expect that one million MAU to grow. And those users are crying out for fresh, new and innovative content.

If you keep up with the latest VR news, you'll know that last month Google announced its mobile VR plans, Google Daydream, which will bring VR to all high end Android phones. The company also announced partnerships with Samsung, HBO, Ubisoft, and ourselves at Climax.

Google is backing VR hard with grade A content. 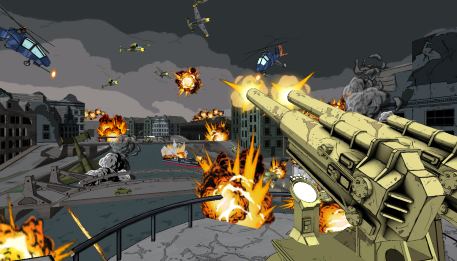 I've also heard rumours that Apple is joining the VR race. Everything is pure speculation at the moment and I'm sure Apple will keep its cards close to its chest with this one, but my prediction is that Apple will go down the same route as Samsung and Google, and focus more on a headset that utilities a mobile phone.

Of course, it's not all about mobile VR. Oculus Rift and HTC Vive have got off to a good start especially from a content point of view. And they've backed it up with a steady stream ofincluding the recently launched (and fantastic) The Climb by Crytek, and Pool Nation on the Vive. Add Sony's impending launch of PS VR and you can see that in the next 12 to 24 months you'll have a market place where a serious amount of units can be sold.

AMD's recent $199 VR-ready GPU will really help to grow the PC market. We are really not too far off from laptops being able to support VR headsets.

Considering we're now halfway through the supposed Year Of VR, it's been a fantastic start: two major hardware launches, high level of content engagement, and more announcements than you can shake a Vive controller at.

Of course, it was never going to keep up with the (quite frankly ridiculous) predictions from analysts. But we are well on the way to VR being a sustainable market for developers and content creators and that is one of the biggest hurdles to jump.

Virtually yours, Pam Peterson
Pam is an Associate Producer at Climax Studios. Climax has released two titles on the Oculus store for the Samsung Gear VR: Bandit Six and Bandit Six: Salvo, pictured at the top. Both reached the top of the Samsung charts. Bandit Six is also available on Google Cardboard. "But keep your eyes peeled later this year as we have two big releases coming," says Pam. "GunSight on Samsung Gear VR [pictured above] and our unannounced project on Google Daydream!" Visit the Climax Studios website to see more of its projects at http://www.climaxstudios.com. If you're a developer working in VR, remember to check out the Global VR Challenge which Pocket Gamer is running this month!
Next Up :
Figure Fantasy: What to expect from the epic Ultraman Tiga collab