Our third VR guest column is by Bojan Brbora of 4PM Games, the home of Negotiator VR

Every week we’re taking the temperature of modern virtual reality with an open letter from a person working in the industry. This week, Bojan Brbora from 4PM thinks VR gaming is off to a slow start...

As big proponents of narrative games here at 4PM, we were keen to see what the VR medium would bring. We started concept and development on our own project Negotiator VR, but also looked forward to what others will be doing.

Unfortunately on launch day, for both Oculus and HTC Vive, we were somewhat disappointed, as the gaming content did seem slightly lacklustre, quite a bit safe and unexciting. 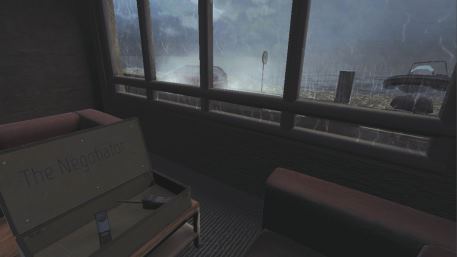 In fact, the most unique VR experience for us was not even a game. Tiltbrush blew us away, showcasing and using VR as a completely new art creation tool, using room scale, hand and positional tracking to leave brush strokes in 3D space.

It's also one that non gamers understand well - it's intuitive and fun. We've yet to see a game do something similar: pull you into such an engaging space that you will forget you're wearing a screen just inches from your face and spend hours in it. 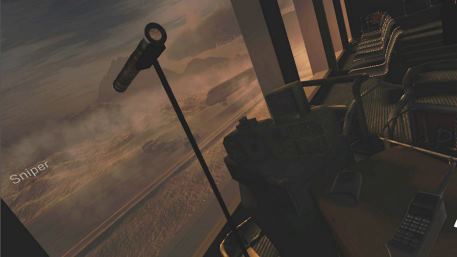 Very few people want to bet or invest big in VR. We know this very well, coming out of investor meetings with the "we don't invest in big VR projects" response.

This in turn creates a situation where mostly ports or clones of proven, non VR games get made. We're still waiting to see some exciting PlayStation VR games announced, because currently there are only a handful of small demo type experiences.

Nvidia's CEO even claimed that good VR is at least 20 years away! He estimates it will take that long to solve all the input, spatial, and navigational problems.

The only people who seem to have really dived into it properly have been the educational, HR and medical sectors, making big investments on content and new types of analytics that were previously impossible to get.

We've been approached by people in those areas to do rather lucrative projects, with really good terms, making the whole situation even more frustrating when we have to turn them down to make VR games with a tenth of the budget. 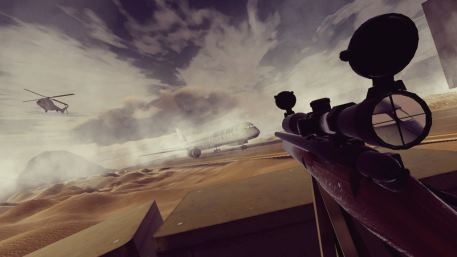 Funnily enough, digital media advertising agencies and VFX houses might be the biggest spenders in R&D for VR games and narrative experiences. This is a new way for them to increase budgets for campaigns due to the novelty and complexity of delivering the content.

A nice little interactive game/narrative experience that was done to coincide with the film The Martian wasn't even made by a games company, but by a VFX post house here in London. Snow Storm, an interesting game about trying to find your way in a massive blizzard with only minutes to live in the extreme sub-zero temperatures, was created by an advertising agency.

Maybe this is the good thing about VR: it's a massive unknown that levels the playing field. No one is an expert, and being a games industry veteran doesn't mean much. I guess the content will slowly make its way from behind the scenes, only this time it won't come from the usual suspects.

Virtually yours, Bojan Brbora Bojan runs 4PM Games, an award-winning independent games company started in 2014, that focuses on unique narrative experiences. Having released titles on Steam and iOS, his next mission is to make a VR game that puts you in the shoes of a hostage negotiator, fighting against the clock. You can see it, Negotiator VR, pictured above. For more info visit the 4PM site. If you're a developer working on a VR game right now, you should enter the Global VR Challenge to potentially win a cash prize… but it closes imminently! So get your skates on. Read previous Virtually Yours columns here:
1/ Pam Peterson says there are great VR games out there now!
2/ Mike Bergene looks at the VR development community from the perspective of a lone indie game maker.
Next Up :
5 new mobile games to try this week - May 26, 2022