Time to Switch on

We've already offered our final glance back at 2016 in the form of a round-up of the best pocket gaming hardware of the year. Now it's time to look forward to the smartphones and portable gaming gear coming in 2017.

While the aforementioned 2016 list was exclusively made up of smartphones, we have a very notable new console coming this year that could really shake things up.

Of course, smartphone gaming remains our bread and butter here on PG, and there are some genuinely exciting handsets coming in 2017.

Without further ado, then, let's speculate, postulate, and ruminate on the coming 12 months in pocket gaming hardware.

Let's start with that one special console, headed out way this March. We're really excited about the Nintendo Switch, because it potentially marks a major shift in the games market.

Up to now, portable gaming systems have been something of a sideline for console companies. Nintendo, Sony, Sega, and Atari would always release their home consoles first, and think about meeting the portable market as an almost secondary measure. 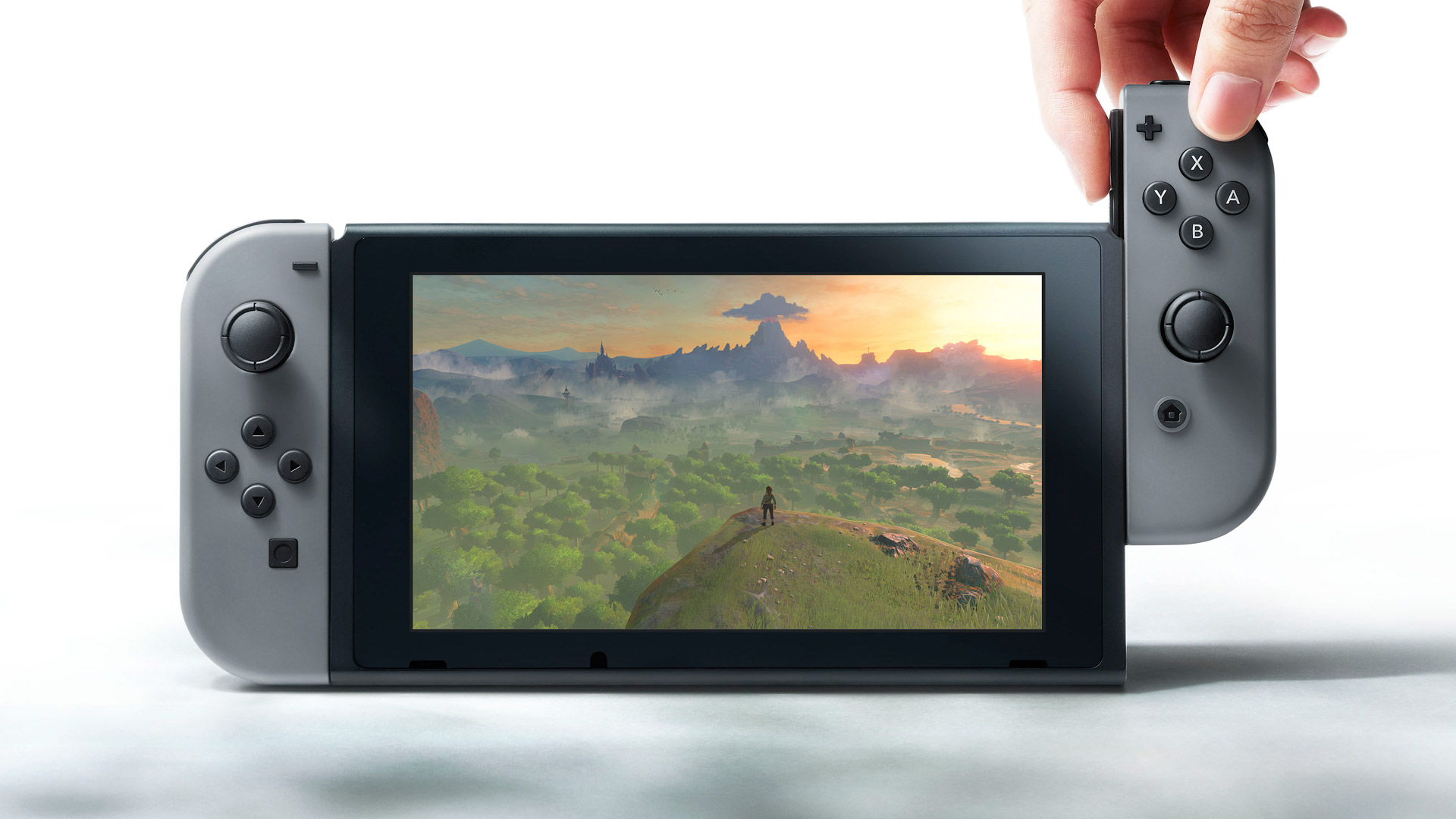 The Switch is something else entirely. For the first time ever, the next big console release IS a portable gaming system. Nintendo is bringing its two businesses together in one uber-console, the Switch. Sure, you'll be able to plug it into a base and play on your telly, but the core experience, we suspect, will be on the go (or in another room).

That's the hope, at any rate. It remains to be seen if the Switch is powerful enough and - more importantly - popular enough to warrant strong third party support. We're also hoping that its early release schedule isn't simply populated by enhanced Wii U ports.

Most of all, we're just hopeful. The Nintendo Switch has bags of potential.

To say that the biggest smartphone release of 2017 will be an iPhone might sound like a no-brainer. Of course it will be. It's been that way for years.

But the iPhone 8 - or whatever Apple calls it - looks set to be a bit special. Even before the iPhone 7 arrived with its disappointingly familiar design, well-sourced analysts and commentators were advising that the really big changes would come with the following model - hence no iPhone 7S. 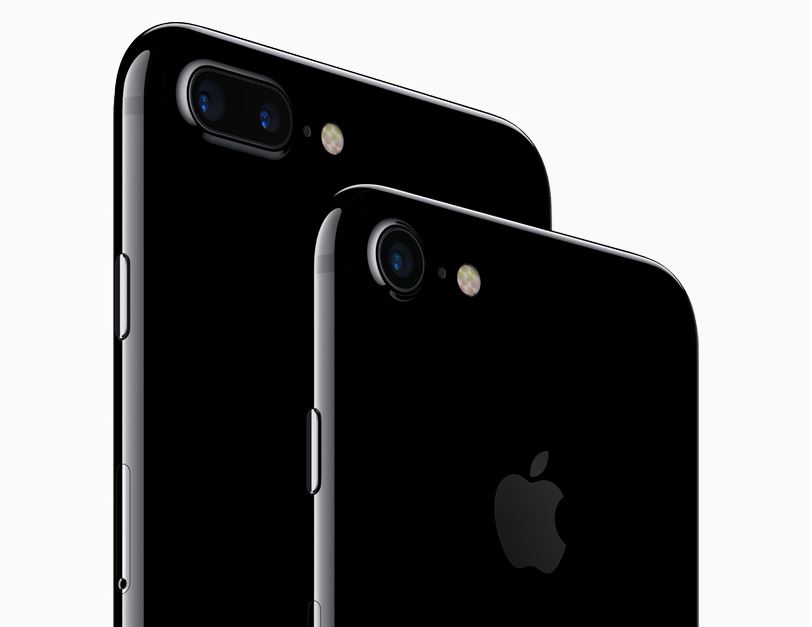 What kind of changes? Apple being the secretive company that it is, we're not entirely sure. But there are rumours of a switch to AMOLED display technology (like the Samsung Galaxy S7 and Google Pixel) and a radical new design.

Rumour has it this design will include an edge-to-edge curved screen and no home button. We'll probably find out in September. 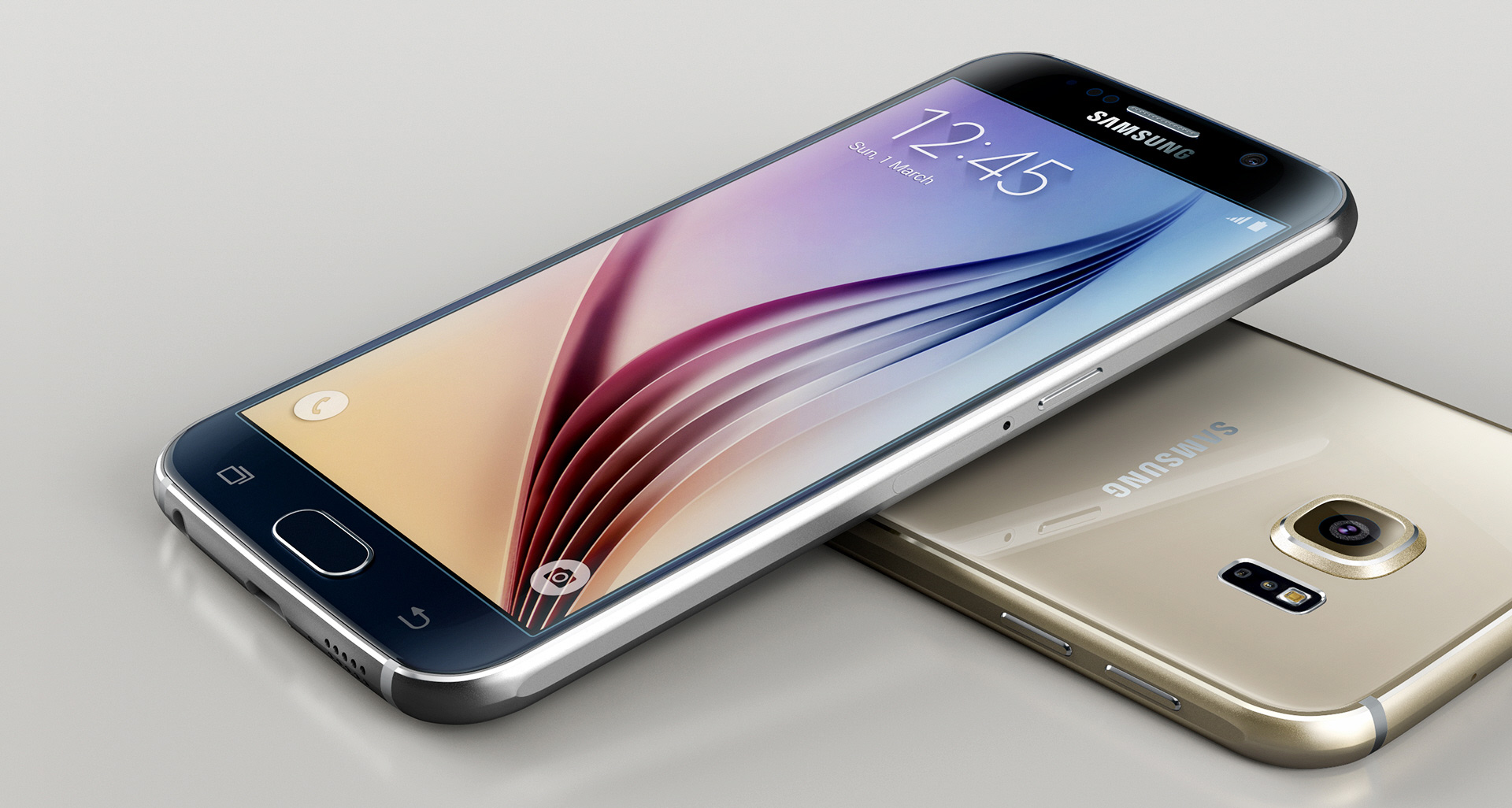 What can we expect from the follow-up? Again, nothing is known for sure, but there are suggestions that Samsung, like Apple, will be reducing the bezel size with an edge-to-edge display and by removing the home button. It may also unify its split roster and give the Galaxy S8 a curved 'Edge' display as standard.

There's also a rumour that Samsung is looking to bump up the resolution to 4K for the purpose of improving the VR experience - just about the only application that genuinely benefits from so many pixels.

Windows Phone has become a bit of an afterthought for Microsoft as the world has split between iOS and Android. But it's known that the company is planning something big in mobile, possibly for the first half of 2017.

The software giant has already taken a direct hand in the tablet and PC hardware businesses with the Surface Pro and Surface Book ranges to strong effect. Next up: the Surface Phone. 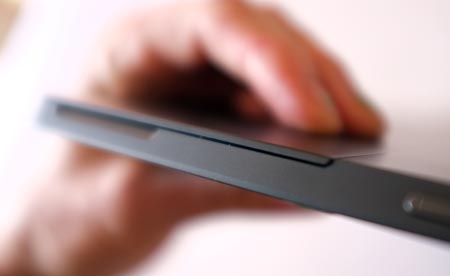 Going by existing Surface devices, we can expect this to be a seriously powerful, pro-focused phone with a strong, angular, premium design - possibly in three distinct iterations. It'll likely take the Lumia 950's ability to hook up to a monitor and act as a feature-light PC even further. In fact, Microsoft has teamed up with mobile chip maker Qualcomm to bring the full Windows 10 desktop experience to mobile.

All we can hope is that Microsoft isn't too late in finally bringing a worthy Windows 10 smartphone to market.

Google arguably released the best Android phone ever at the end of 2016. The Google Pixel saw the company 'doing an Apple' - that is, taking direct control of the hardware experience as well as software.

It's a safe bet that 2017 will see a new Google Pixel phone (or two, if you count the XL model as separate). Naturally, we have no idea what it will look like at this early stage. 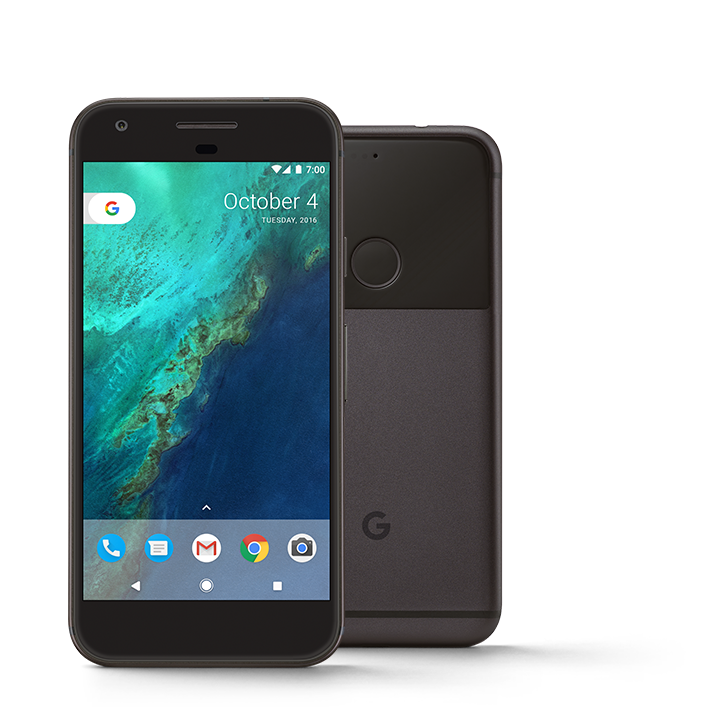 One area that you can probably expect Google to address is the design of the Pixel. The original's plain looks were arguably the only flaw with the phone, and with the iPhone 8 and Samsung Galaxy S8 looking set to dazzle, Google will need to smarten its phone up.

On the software side, you can expect Google to concentrate on getting the Google Assistant to a more advanced state. It's already a fair bit more sophisticated than Siri, but it's still not quite useful or reliable enough at present.

OnePlus has been making some of the biggest smartphone bargains around in recent years, culminating in the OnePlus 3T at the end of 2016. Here was a phone with flagship performance, design, and features for £400.

Of course, that phone was essentially a souped up OnePlus 3, which launched in the summer. Expect the OnePlus 4 to arrive at a similar time. 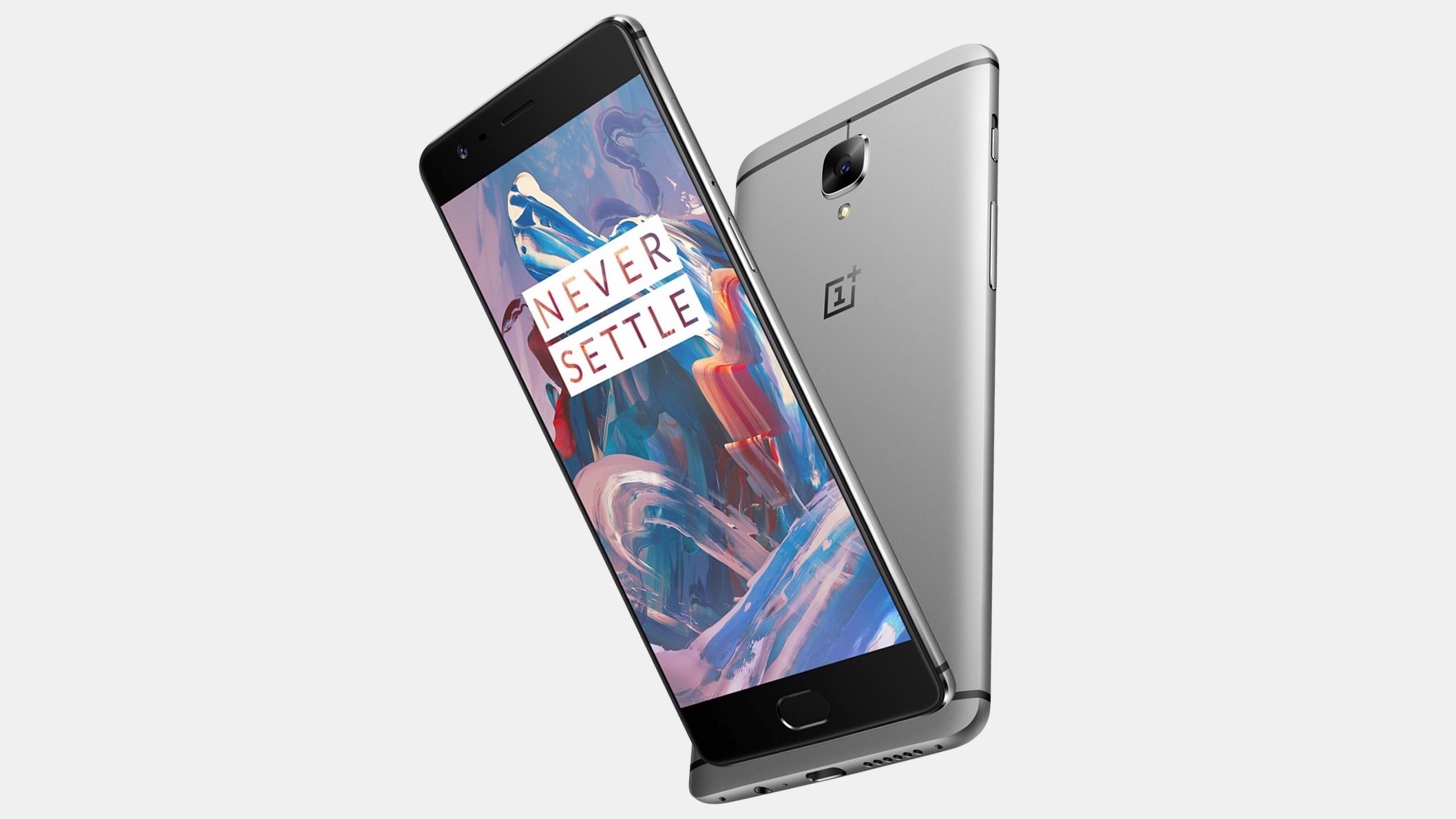 What can we expect? Rumour has it that OnePlus will finally be jumping to a QHD or 2K display resolution. This makes sense, as OnePlus has made a lot of noise about its mobile VR ambitions, and this is the one area that really benefits from a large number of pixels.

We've also seen mention of a new dual-lens camera and even a glass design, but do bear in mind that OnePlus has to keep its costs down in order to continue offering its phones at such competitive prices. We're not expecting anything wildly ambitious here.

The Apple of the feature phone era is back. Yes, Nokia has confirmed that it's returning to the smartphone market after a failed attempt to produce its own OS, and a disastrous fling with Microsoft.

Don't get too excited though. Nokia won't actually be making phones again - that capacity ended with the aforementioned Microsoft deal. Rather, it's licensing out its brand to Finnish brand HMD Global Oy - though the latter is largely made up of ex-Nokia staff. 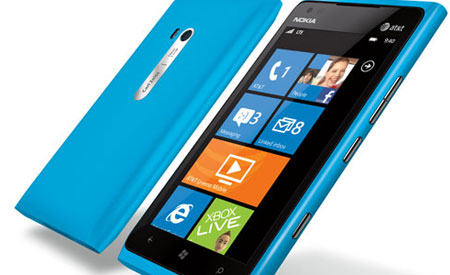 As for the first phones themselves, we know that these phones will be arriving in the first half of 2017, that the phones will run on Android, and that they'll be at the premium end of the market.

Whatever the precise make-up of this deal, it will be good to see the Nokia brand on a smartphone again.