12 iOS, Android, and Windows Phone devices to choose from

As another year draws to a close, many of you are stuck with the dilemma of choosing what smartphone to buy for the year ahead.

2013 was a year that saw a huge number of incredibly powerful devices enter the market, making it especially hard for us to pick out the best. But that's our job and we're contractually obligated to do so. So pick out the best we have.

There's something here to suit all budgets too, and devices for every major operating system. Not you Blackberry. Sorry, buddy. 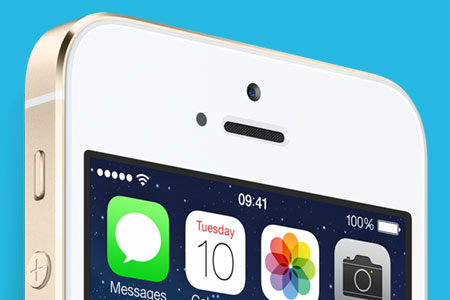 Apple's de rigueur incremental update for the iPhone 5 may look almost identical, but look inside and you'll find that the phone has a massive uplift in performance, thanks to the incredibly powerful 64-bit A7 chip.

The 5S also introduces fingerprint recognition that actually works (well the majority of the time), plus the first camera to incorporate two different coloured LEDs to ensure skin tones stay accurate in all lighting conditions – a feature that will no doubt now be 'borrowed' by others in the coming year. 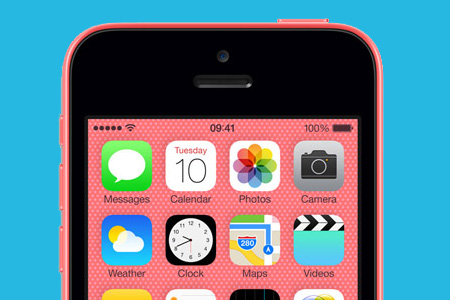 The predicted "cheap" iPhone is not exactly to everyone's definition of cheap. But while it won't be on sale in Argos for £7.99, the multi-coloured phone still opens up the iPhone to a wider audience.

Essentially last year's iPhone 5 in a polycarbonate shell, there's plenty of power inside the 'budget' iPhone and some may prefer the more rugged look and feel to the scratch magnet that is the 5S

There's an element of snobbery that risks the 5c being seen as a poor imitation of an iPhone, but cast that aside because its heart is every bit a real iPhone. 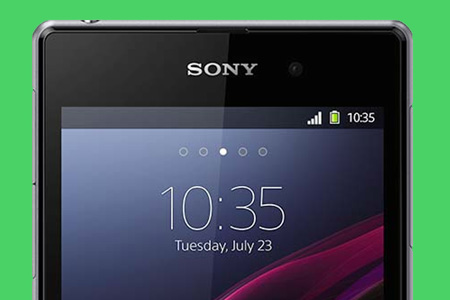 The ultra-thin water resistant Xperia Z caused a stir when released in March, but by September all eyes were on its successor: the Z1.

It's slightly bigger, but with its 20.7-megapixel camera and the top-of-the-line Snapdragon 800 CPU, the Z1 offers the best of what Sony has to offer from its huge range of brands and technologies.

That includes the 5-inch Triluminos LCD screen with incredible colour and contrast (although the tradeoff is some suspect viewing angles), and access to PlayStation Mobile (including DualShock controller support), and the Music and Video Unlimited services. 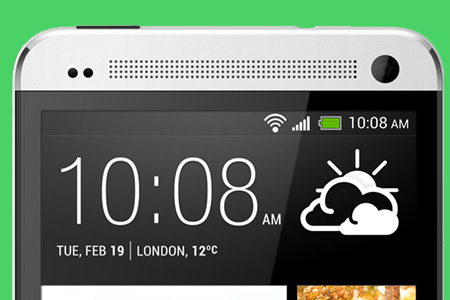 The best feature of the HTC One - by far - are the front-facing BoomSound dual speakers. To this day, no other phone maker has matched the audio quality, which is perfect for giving games and movies that extra kick (without the need for external speakers).

The One has a snappy Snapdragon 600 quad-core chip, plus a modified launcher that keeps all the latest news and updates at your fingertips. There are also many other modifications and tweaks that gives the HTC a nicer user experience than native Android, and HTC is still keeping the phone regularly updated.

And if we had to pick the second best thing about the HTC One, it would be the screen. Although smaller than rivals at just 4.7-inches, the Super LCD display is of a standard that has yet to be rivalled. It's bright, colourful and viewable at virtually every angle. 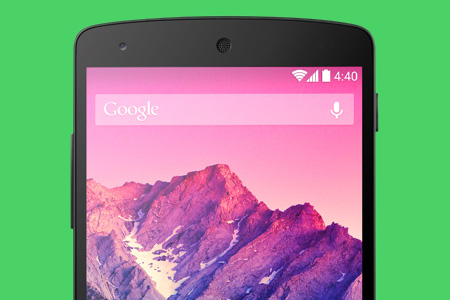 The long-awaited successor to the Nexus 4 finally shipped in November without the usual launch shindig. But while it might have a been a subtle launch, but this is no subtle upgrade from the Nexus 4.

With a top-of-the-line Snapdragon 800 CPU, 5-inch full-HD display, and an 8-megapixel camera with optical image stabilisation, the only disappointment is the 2300mAh battery that makes it rather tricky to fully enjoy all the power and last a whole day and night.

Regular charging is something we've all become accustomed to on smartphones, so if you don't mind having to keep it topped up (and with its support for wireless charging, you can easily top it up every time you put it down) then the Nexus 5 is the cheapest way to get the most current technology. 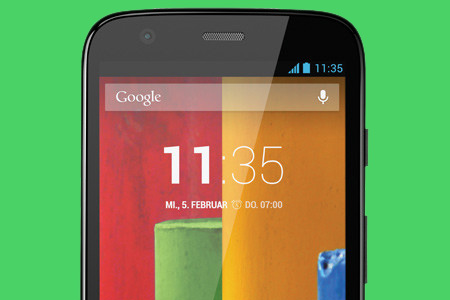 A year ago, Motorola impressed us with a single-core Intel smartphone that punched way above its weight. But that's nothing compared to what the now Google-owned manufacturer has pulled out of the hat in 2013.

The £135 Moto G performs as well as any device costing more than twice as much, and even competes well against high-end models selling for even more. Thanks to its quad-core Snaprdragon 400 processor, 4.5-inch HD display, and awesome battery life, the Moto G is a phone that anyone could live with on a daily basis.

The only real compromise is a lack of storage (8GB on the base model, 16GB for £24 more) but it's a manageable one for most people, especially when Google is including 50GB of free cloud storage. 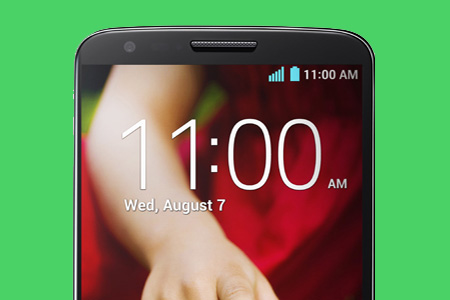 With its massive 5.2-inch full-HD display, don't think the G2 is trying to enter the phablet arena. With its edge-to-edge display, the footprint is comparable to a phone with a smaller display and it certainly won't feel too bulky in your grip.

A large battery, a 13-megapixel camera with optical image stabiliser, and an overclocked Snapdragon 800 CPU give plenty of advantages over rivals, while memory expansion also gives it an edge over the HTC One or the (LG-made) Nexus 5.

Assuming you can find one at a good price, LG's G2 is a hidden gem. 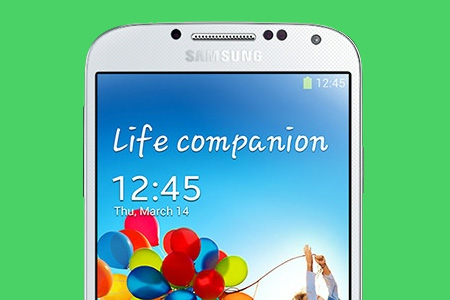 It might appear a little long in the tooth now, and its successor is just a matter of months from being announced, but the Galaxy S4 is still a worthy buy. It introduced a huge number of software features to add more functionality to what might have otherwise been a rather ordinary smartphone.

It has multiple features to phone and video taking a more engaging experience, while other tricks include keeping the display active whenever you're looking at the screen. The heavily customised TouchWiz interface is full of such features, although some are rather gimmicky and best left disabled.

Samsung initially got into some hot water when Watchdog revealed how much of the storage space was consumed by all of this software, but with various updates and tweaks the phone has matured and remains a good option – especially at a far lower price from when it originally hit the streets. 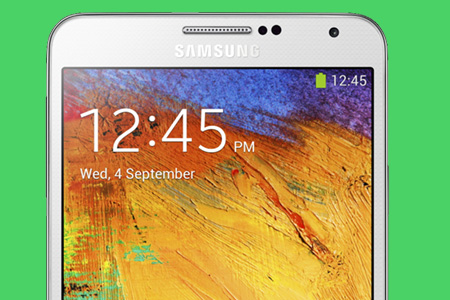 Already in its third-generation iteration, the Galaxy Note 3 continues to push the boundaries in the 'phablet' category, this time with outstanding performance, exceptional battery life (does this thing ever need charging?), and the continued use of the S-Pen for allowing sketching, editing, and easy cut and pasting.

Of course, you don't need to use the pen at all to still benefit from a phone with a 5.7-inch display, and the all-day battery life that will never leave you worried about running out of steam at a critical moment.

The Note 3 will even let you capture video in 4K Ultra-HD resolution, which will go nicely with that new TV you're obviously going to buy to accompany it. 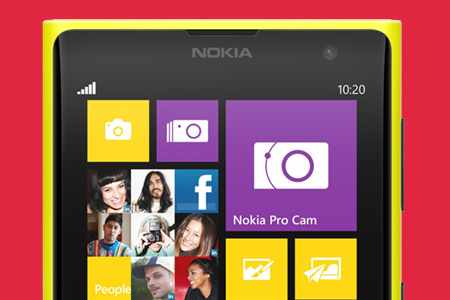 If Nokia sold the Lumia 1020 as a camera, it would probably still have people queuing up to buy one. Those extra pixels aren't just there to create stupidly large photos, but to offer exceptional flexibility and quality for ordinary day-to-day shots, such as a lossless zoom that lets you zoom in or out after you've taken the photo.

You can now even adjust the focus on photos after the event, while the Xenon flash leads to equally impressive photos indoors. We best not forget the optional camera grip, with a secondary battery and tripod mount, to improve things even more.

Have we forgotten something? Oh yes, it's also a bloody good Windows Phone with an extra-bright AM-OLED display, stacks of free Nokia apps for free navigation, and the recently updated MixRadio to let you create a personalised radio station. 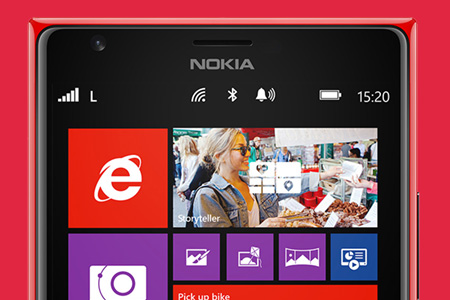 What better way to mark the merging of Nokia and Microsoft than with a new flagship phone, bringing the first full-HD display to Windows Phone, the fastest quad-core Snapdragon 800 processor, and the ability to place more tiles on its huge 6-inch display.

The Lumia 1520 doesn't sport the 1020's epic 41-megapixel image sensor, but nobody should be too upset with a 20.7-megapixel one instead. You still get the same great camera functionality, while enjoying the largest screen on a Windows Phone ever. 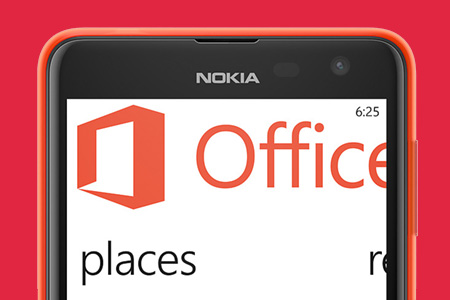 The best selling Windows Phone models from Nokia have been at the lower end of the range, and the Lumia 625 - which costs under £200 on prepay - is a perfect example of mixing performance with affordability. Although down on pixels and not quite reaching HD-resolution, the 4.7-inch screen is still far from low-rent, and the addition of 4G means you can still enjoy super-fast data speeds.

An external card slot accompanies the otherwise disappointing 8GB of internal storage, and the only feature lacking is the clever PureView camera tech, with the 625 making do with a more humble 5-megapixel snapper. For everything else, the powerful dual-core phone is a great entry into the world of Windows Phone.