Accessibility is critically important when it comes to things that people do for fun. If we can't use it, can't afford it, or don't get the full experience then we simply don't get the most out of it. For many people that simply excludes them from the activity. The HTC Vive Flow takes some of the better elements from mobile devices, and modern design, to create the next step in VR Accessibility.

I was lucky enough to be invited along to the Victoria & Albert Museum in London earlier this month to try out HTC's new Vive Flow headset. The demo room was set up a couple of galleries away from the "Alice: Curiouser and Curiouser" installation, something that HTC already had a VR display up and running within. The setting was deliberate; the idea had clearly been to not just occupy a posh open-space, but to shove a bunch of tech journalists into a place where they wouldn't gather.

Curious Alice, HTC's contribution to the Curiouser and Curiouser installation was also relevant, they had it running on the new technology as one of the examples of their focuses when designing the Vive Flow. Around the gallery were sections that each demonstrated these new foci: Gaming, Movies/TV, Meditation, Office Environment and Artistic Experiences. It's a big step away from the Gaming-First mentality that a lot of people have when they think about VR Headsets. 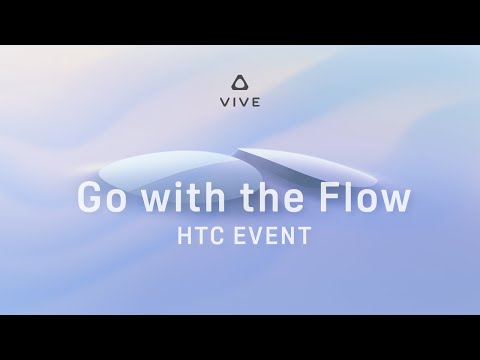 VR has been around for a while now

When VR as a technology reappeared back in 2012 there was an expected target audience of 25-39-year-olds. While the entry point has, obviously, remained the same, it's very safe to assume that the idea of the technology has become more accessible to older professionals and that the original audience has aged a little. It's impossible to deny that, in order to reach the mainstream, VR Headsets need to become more affordable, but also need to cater for a wider audience.

That's before we talk about other issues. Most people reading this will remember that soap dispensers which only worked for white, or pale, hands… well, there have been other, adjacent issues within the VR Headset design space. What is the solution for people with eyesight issues, for instance? They can wear contacts, they can pay to have the lens' adjusted, or they can try and squeeze glasses on under the headset, almost certainly doubling-down on the sweat-box experience.

If you get those lenses adjusted, or not, what happens when your friend with a different prescription comes around? What happens if that friend is one of the approximately 30m Sikh people in the world who wear a dast?r/turban?

Interestingly, the HTC Vive Flow actually addresses both of these issues. The headset is actually closer to a pair of glasses, it has a double-hinged joint on each of the arms, allowing it to flex to wrap around wider heads, but also bend to stay tight. On smaller heads, this does mean that it can feel a little loose, as it doesn't necessarily sit on the ears, but for most this isn't an issue. As well as this, each lens is adjustable.

There are dials around each of the eyeholes which allow you to tweak and refine the viewpoint to match your vision in all bar the most extreme cases… then, once you're done, the next person just clicks it back to their prescription. Neat.

I'm sure that they have an inkling of the potential from making your device seem much more approachable to those who use glasses, but as they take aim at a slightly older, more casual audience, I've got no doubt that it will help them massively. The price is also vastly better. Coming in at £499 it's much more affordable than other devices, although that's because the technology here is different.

While the Vive Apps, which you can subscribe for, are all fantastic, most people who use the device will likely be using it as a different way of interfacing with their mobile phone. In fact, you can charge it from your phone, that or a battery pack, or the USB port on the coach or plane that you're riding in. It takes a USB-C connection and is designed to be relatively low power.

Each example that was set up in the gallery was running in-app on a phone, with the phone's touchscreen replacing the controller. In Curious Alice you interacted with objects by tapping on the screen while looking at them, it was the same for the Netflix and Pirate Defense games that were on display.

What I was most interested in, however, was how it worked while outside of apps.

Mirroring your screen was actually surprisingly easy, with about two menu clicks needed to get to a point where you are viewing your phone screen projected a simulated 2.5m from you. The same view to interact control happened here, but there were also UI options like zooming or flipping the device to landscape.

As a screen mirror, it worked fantastically and considering how quickly and easily the device paired up to Bluetooth earpieces I'm sure it would do just as fine with a controller. In fact, I imagine that pairing the headset and a controller device like the Nacon MG-X or GameSir X2 up to it would create a fantastic experience when you boot up some of the action-heavy Xbox Game Pass or Apple Arcade games.

While the HTC Vive Flow was definitely designed with commuters or people who want to evolve their free time or lifestyle in mind, it has also created a very interesting offering for mobile gaming with its accessibility and features list. While meditation, brain training, and scenic, immersive drives down Route 66 are things mentioned as the main things the Flow will help people achieve, that underlying ability to escape through (in this case, mobile) gaming is also enhanced by the features.

There are a few other things that I haven't mentioned, that I should. The audio qualify from the in-arm speakers was great and easy to control. There's also customisation options available for the headset itself, with the foam mount that covers the lens actually detachable and available in a variety of depths…

It attaches using magnets, which really shouldn't have impressed me half as much as it did, but it did. Finally, the whole thing was very comfortable, it was about the same weight as the phone and sat snugly on my head - considering that games on the device don't require any jumping around it's also not likely to shift while being used.

The HTC Vive Flow is available for preorder on the official website, if you preorder it then you actually get a compact carry case for free.

Albion Online: Everything you need to know about the shrouds of the Mists