Zynga has unveiled a new teaser video for FarmVille 3 that looks to provide players with a sense of the cutesy vibe the game is going for. It also provides a glimpse at all the numerous varieties of animals you'll be able to collect and breed in FarmVille 3.

The video, which you can check out below, opens with two cows celebrating the arrival of a calf who is apparently sleeping in a bassinet. From there, the video moves on to show several other animals such as horses, pigs, alpacas and even an arctic fox. It's not just limited to farm animals, it seems, with over 150 different species to discover. 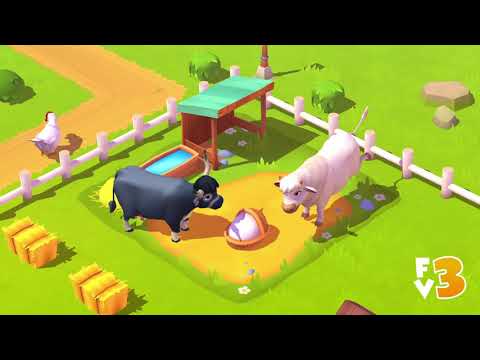 If you're unfamiliar, FarmVille 3 will see players taking charge of an animal farm. Here they will choose which animals to raise and breed as they look to create a thriving farm. Each species of animal provides a different resource that players can then sell, trade or used to complete an order. Either way, it will contribute to making their farm better, which means additional room to raise more adorable animals.

FarmVille 3 will become the latest addition to Zynga's popular series. The first game launched on Facebook back in 2009 and exploded in popularity quite quickly. Since then, the franchise has achieved over 700 million installs across mobile and web browsers. With FarmVille 3, Zynga is hoping to reinvent the farming genre using the mechanics found in most modern mobile games.

FarmVille 3 will release globally on the App Store and Google Play. In fact, it is already available in some regions in soft-launch. It is a free-to-play game with in-app purchases.

Looking for more excellent farming games you can enjoy on your phone? Here are 25 of the best for iPhone and iPad
Next Up :
Polity is a life sim MMORPG where you can rule or be ruled, out now on Early Access on iOS and Android

Farmville 3 codes for free tokens, gems and a variety of other items