It’s been over a decade since FarmVille first launched. That was followed by FarmVille 2 and now finally, FarmVille 3 is launching next month and pre-registrations have officially begun. Everyone’s favourite agriculture and social game will launch its third iteration on November 4th for iOS, Android and MacOS. Check out everything new in FarmVille 3 in the trailer below: 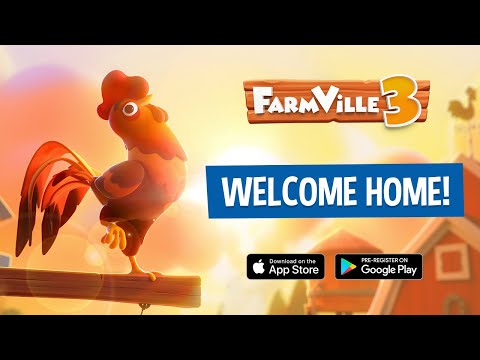 Bernard Kim, President of Publishing at Zynga said: “Twelve years ago, FarmVille burst onto the gaming scene, creating a loyal following that has drawn over 700 million installs for the FarmVille series worldwide. Today, we are thrilled to open pre-registration for FarmVille 3. The game has been uniquely designed to captivate the imagination of the many players who have enjoyed FarmVille over the past decade, as well as the enthusiasm of a new generation of gamers.”

The game is set to feature over 150 animal breeds including chickens, cows and even more exotic animals like friendly tigers and fluffy alpacas. Enjoy being a parent as players can adopt and raise the cutest baby animals like chicks, lambs, and piglets! Be an awesome parent and you will be rewarded with unique farm items to help you along your way.

Marie, a fan-favourite character, is also making her return to the FarmVille community. She’s also bringing thirty new farmhands with her. Each of them will have a special skill ranging from baking, fishing, crafting, all the way to lumberjacking.

The weather plays a role now too! An in-built weather forecast will display whether there will be rain or sunshine and players can use this to their advantage to boost their harvest yield or plan fishing trips.

Players downloading FarmVille 3 within the first two weeks will also receive a starter kit with some welcome features and decorative elements. Pre-register for FarmVille 3 right now on the game’s official website.

Bring out the farmer out in you by playing the top farming games for mobile!
Next Up :
Blue Archive's An Unconcealed Heart story event is now live

Farmville 3 codes for free tokens, gems and a variety of other items