It’s hunt or be hunted in Lilith Games’ Farlight 84, a new kind of battle royale where you can either be predator or prey in fast-paced four-minute matches. And to hype up the game even more among fans of the genre, Farlight 84 has now begun Closed Beta Testing in six regions.

When the game launches early next year, it will mainly feature a HUNT mode where Capsulers can experience an adrenaline-pumping PvP match of up to 48 players. Each team will have a marked target (determined by a Numtag) that other teams will hunt and takedown for triple the points. After four minutes, everyone will need to evacuate the site, so going up against rival teams is as high-stakes as ever. 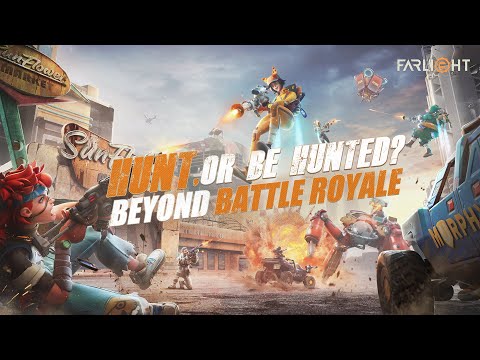 The world of Farlight 84 is set in a chaotic wasteland during 2084, with lots of quirky characters, pimped-up vehicles, and over-the-top weapons to choose from. Players can rain death down on their unwitting opponents as they glide into the battlefield in jetpacks, or bait foes with Numtags and snipe them from afar when they get too close. It’s up to you to figure out the strategy that works best for your team in order to emerge from the arena victorious.

The CBT for the upcoming third-person shooter has started in Indonesia, France, India, Russia, Brazil, and Australia. There will be a second CBT sometime later this year with additional regions as well. For now, players can expect a release date for Farlight 84 early next year on iOS, Android, and PC. You can also check out the official website to stay updated on the latest developments and to know more about the game.