Publisher Yoozoo Games is gearing up for the global launch of MMORPG Era of Celestials, and you can get in on the action early – reaping rewards in the process. 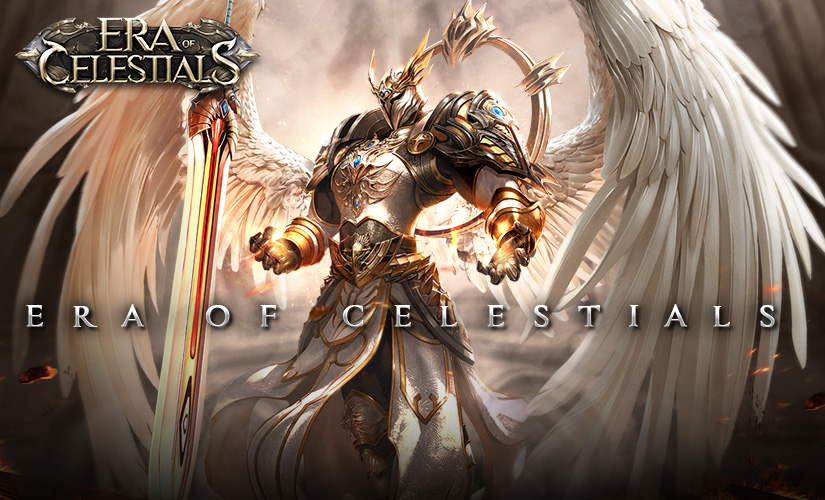 The storyline in Era of Celestials begins at the point when demons are at the gates of Celestial City – the last safe haven for humankind. Angelic guardians called Celestials are searching for great warriors to stave off invasion.
You can pick from three classes of character: Mage, Warrior or Archer. Mages use their staffs to cast spells, so fill the traditional wizard role. Warriors are the melee class who prefer attacking up close and personal. Archers hang back and sling arrows with deadly accuracy, so if you prefer ranged assault, the archer is your girl.

Once you’ve decided upon your class, you can begin your journey. If you’re au fait with the genre, you’ll already know what to expect: questing, fisticuffs with demons, boss battles, farming for loot, clans, PvP face-offs, animal companions – all that good stuff. Plus, you’ll have the chance to transform for brief instances into an invincible Celestial, capable of unleashing hell (or heaven) upon demonic foes. There’s also the option for more casual players to use auto-play, or you can switch to manual for a more traditional experience.

You may already have heard about Era of Celestials, albeit under a different name. Like Pac-Man and Bully before it, the game has received a title change ahead of release. The MMORPG formerly known as Era of Angels managed to attract six million pre-registrations in China alone – and now you can join them. By pre-registering, not only will you gain a head start over other players, you’ll also be awarded a special gift package (worth over £15/$20!) as well as a permanent title.

Head to the Era of Celestials pre-registration page here, and keep up with the latest news on the official Facebook page.

What's A Preferred Partner Feature?
From time to time Steel Media offers companies and organisations the opportunity to partner with us on specially commissioned articles on subjects we think are of interest to our readers. For more information about how we work with commercial partners, please read our Sponsorship Editorial Independence Policy.
If you're interested in becoming a Preferred Partner please click here.
Next Up :
Emblem Heroes is a strategic JRPG with card-battling elements available to play via Facebook Instant Gaming