A different kind of infinite warfare

Our hero Erin fails to defeat the Prince of Darkness the first time round, and vows to come back from the dead for as long as it takes until the fella is gone for good. That’s one hell-of-a grudge - but it’s the perfect premise for the side-scrolling idle carnage on offer in Endless Frontier.

South Korean developer Ekkorr released Endless Frontier in February of last year, and its mix of incremental gameplay and RPG tropes has been pulling in mobile gaming fans ever since. There are several crossovers of this variety out there already, but this one has a couple of unique features that sets it apart.

During gameplay, your band of fighters battle their way through increasingly challenging stages of enemies (1,500 in total!). Whilst they’re autoquesting baddies to death, it’s up to you to spend their loot on upgrades and acquiring new heroes.

Unusually for an idle game, Endless Frontier features a player vs. player and guild system. You can challenge your chosen units against other players online, join guilds to engage in co-op arena battles or adversarial raids against other guilds. That’s all pretty hands-on stuff, and introduces a fun competitive and social edge to gameplay. 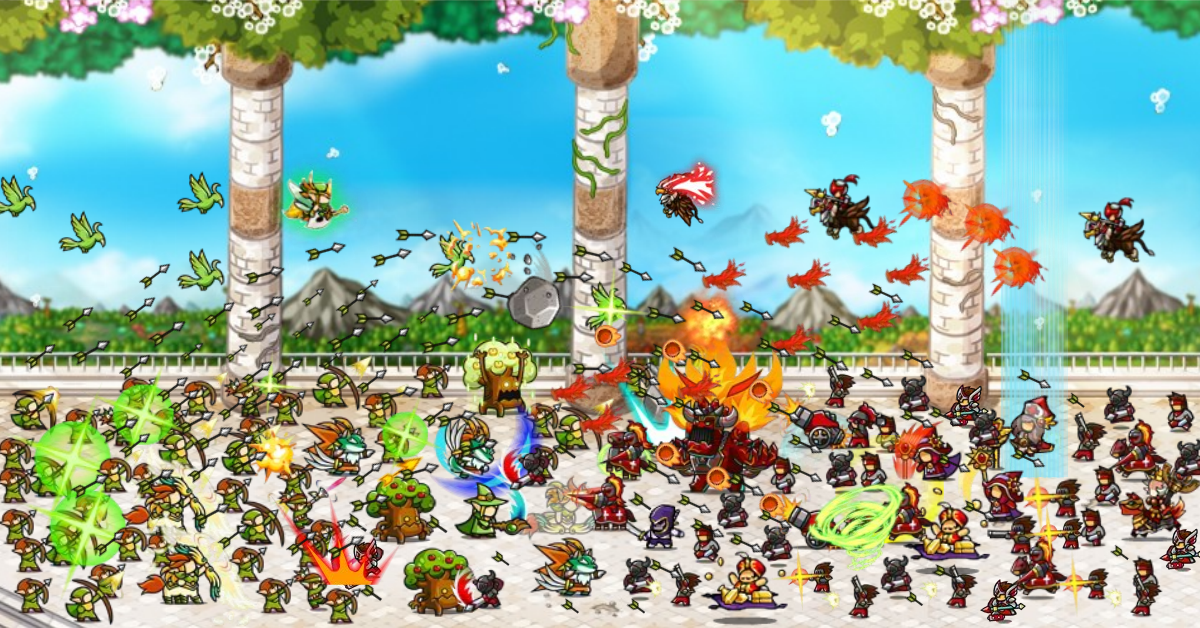 Ekkorr hasn’t wasted time with a Gacha system either, so there isn’t the same lottery-style gambling often fixed against the player to worry about. Becoming a VIP simply adds perks like multipliers to your bonuses, meaning you can afford upgrades and progress to tougher stages more quickly. But all units can be unlocked eventually, whether you pay or not.

If you’re intrigued by an idle game with a load of fun RPG features, download Endless Frontier for free from the App Store and Google Play.

What's A Preferred Partner Feature?
From time to time Steel Media offers companies and organisations the opportunity to partner with us on specially commissioned articles on subjects we think are of interest to our readers. For more information about how we work with commercial partners, please read our Sponsorship Editorial Independence Policy.
If you're interested in becoming a Preferred Partner please click here.
Next Up :
Eve Echoes is joining hands with Project Discovery to aid real-life scientific research