More classes and areas are expected to be added in future

Elemental Dungeon is a pixel-art action RPG from developer ComboTravellers. It initially launched earlier this year for Android and has now received a new update. This introduces a new hero class to the game alongside an additional world to challenge.

The new class is called the Warlock, an aristocratic cat lover who is intimately familiar with the darker side of magic, leading to an unmatched level of arrogance. However, despite this, the developers say the Warlock will particularly excel in a multiplayer team as it will provide unrivalled support in the midst of battle. 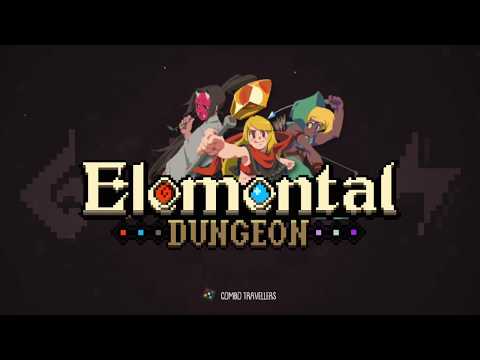 Joining the Warlock will be a new world for players to battle through. This is called the Cemetery which has become forgotten in recent times. As such, it has been retaken by nature and the magic within the bones of the deceased has turned the foliage into dangerous beasts. Because of that, players can expect to fight against axe-wielding trees and wisps.

The new class and world join the six playable classes that are already found within the game and more are expected to be added in future updates. As mentioned above, the game can be played in multiplayer with up to four other players so you can battle it out in the randomised dungeons as a team.

There's a host of monsters to fight and loot to plunder to increase your character's prowess. Players will also be able to use an element combining system where they can merge together three from a possible six to create powerful spells.

Elemental Dungeon is available now over on Google Play. It's a free-to-play game with in-app purchases.

Looking for more games to play on your phone with a focus on the action? Then here's 25 you'll most likely enjoy that are available on iPhone and iPad
Next Up :
Defend your castle across different arenas in Merge TD Hero - Tower Defense, out now on Android and iOS