Adds giant iguanas, among other things...

Durango: Wild Lands, the mobile dinosaur MMO, has received a sizeable update called Volcano Island. I'm pretty sure you can have an educated guess as to some of what that involves but we'll cover that too anyway. It's available now on both Android and Apple devices.

The update to the open-world sandbox will see the addition of a new unstable island type, which as you've probably assumed involves volcanoes. Here you'll have to traverse terrain that's coated in molten lava and risk your life by facing ash storms.

On the dino front, the update will add 12 new species including a new T-Rex that'll feature in animal raids. There'll also be giant iguanas to contend with alongside other smaller species of dinosaurs. These new treacherous lands aren't for the faint of heart so you'll have to be at least level 56 before you go sauntering into any ash storms. 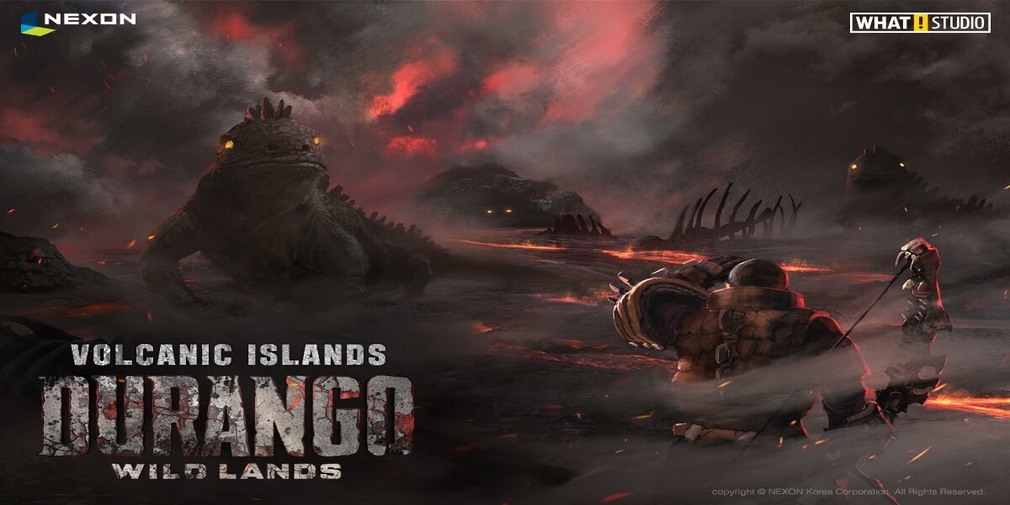 If you're unfamiliar with Durango but the promises of dinosaurs has understandably piqued your interest. It's an open-world survival MMO where you must hunt, cook, craft and build settlements to get by in dinosaur infested lands. It's played from an isometric perspective which gives it a much different look to the other dino survival game you're probably thinking of.

Of course, being an MMO there's plenty of multiplayer goodness available too. You can create clans so you can build villages with your pals. There's also the option to take part in raids and fight other clans in PVP. It's all done in a distinctly 90's RPG aesthetic which does make it feel a little unique amongst other survival games.

If you've been looking for a dinosaur survival game you can play on your phone then Durango: Wild Lands is available now on the App Store and Google Play. It's a free-to-play game with in-app purchases.

Check out our news section to discover the latest, and greatest, games.
Next Up :
Monopoly Tycoon is a city-builder simulation tycoon game based on the iconic board game, out now on iOS and Android

How to play the new Jurassic survival game, Durango

Survive in an age of dinosaurs in open-world, sandbox MMO Durango: Wild Lands