Developer Super Planet has announced its newest project, a new rogue-like action RPG that is set to make waves on the charts called Dungeon Of Gods. This ARPG features simple portrait mode controls adjacent to a game like Dragalia Lost, allowing for ease of use and relatively low commitment gameplay, so players can jump in for a quick session and jump right back out.

Dungeon Of Gods sees players exploring a, you guessed it, dungeon to fight the God of the world. If you know ARPGs, this one does most of what you may expect. Featuring rogue-like mechanics, which means essentially that you have one life and that is it before you must repeat that run to try to get further than you did before you met an untimely end, alongside some light looting and buffing your stats between every run to get further and further. 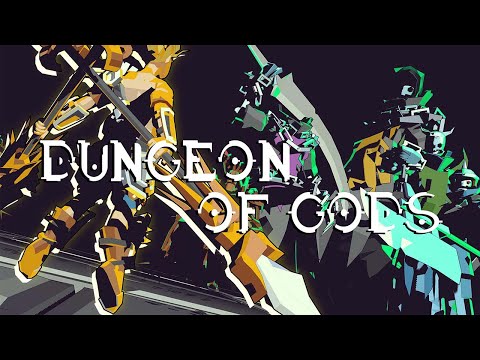 Each time you complete a stage, you can choose a skill effect, and these will change up the gameplay every run as you try to dodge and counter enemies and bosses. This allows for a lot of customization and emergent gameplay that lets you play how you want. If you can complete the upper chambers of the dungeon, the number of available skill effects will change, allowing you to grow even further in just about any way you want to.

In addition, the RPG mechanics means that your character’s stats will be growing alongside you, such as better damage and defense. Earning new equipment as you go through the dungeon will also allow you to further upgrade said equipment between stages, so there’s just an absurd amount of player freedom on display here.

If an action-packed top-down RPG experience sounds like your kind of deal, Dungeon of Gods might be the perfect game for you, and you can find it available for pre-register on both Google Play and the App Store.

Want more action-packed stat raising games? Check out our Top 10 ARPGs on Android devices!
Next Up :
M&M’S Adventure is a colourful candy gravity blast puzzle that's out now on iOS and Android

Dungeon of Gods, an ARPG that pits players against gods, launches for Android and iOS