Dungeon of Gods, an ARPG that pits players against gods, launches for Android and iOS

The Gods await your arrival

Pre-registrations for Super Planet’s latest game Dungeon of Gods has officially ended as it is now available for iOS and Android. It's a roguelike action RPG that treats players with some assault action and intuitive controls that allows most of the game to be enjoyed by using a single finger. Its simple portrait mode and easy operations like attacking and evading allow for some casual gameplay in what is regarded as a tough genre in gaming.

Players embark on a long journey through a dungeon where they are constantly challenged by enemies they must beat. Considering that it is a roguelike, players must plan out their course of action for a particular stage as it resets if they are defeated in between. Although, to make multiple runs more worth it, buffs are awarded for the completion of stages, which boosts the hero’s attributes, making the levels seem less daunting. 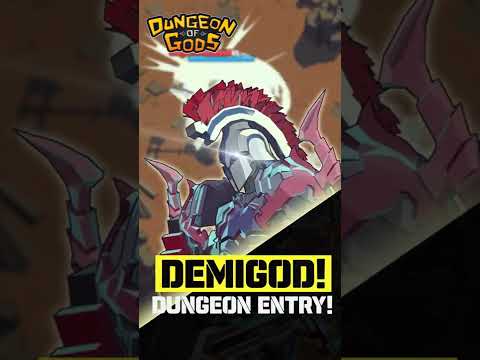 The buffs that are granted at the end of each stage are randomly generated, creating loads of room for customization. With lots of other content like the Dark Tower and the Item Dungeon, gameplay should be diverse and immersive.

To celebrate Dungeon of Gods’ global release, Super Planet is also giving out a bunch of free gifts. By simply logging in, players will receive a few Mythical Items and Gems for free. A special Launching Coin will also be given out to those that defeat the Boss, which can be traded in for Free Tickets and other items.

Ready to fight God? Then, download Dungeon of Gods on the App Store and Google Play. It is a free-to-play game with in-app purchases. Dungeon of Gods has launched in more than 170 countries and is available in 14 languages including French, Spanish, and Japanese.

Looking for more immersive experiences? Then, check out this list of the best ARPGs to play on mobile!
Next Up :
T3 Arena's latest content update introduces two new heroes, maps, and game modes