Tagline: Can you catch them all?

While the popular Pokémon RPGs remain exclusive to Nintendo platforms it seems that indie studios will continue to feed the demand on iOS and Android.

We had Monster Legacy and Micromon earlier this year. And now Prodigious Works has another one on the way. Yep, in 2015, it'll bring its 3D monster catching RPG Duel Revolution to iOS and Android.

It seems to be a Pokémon RPG in everything but name. It even has the tagline, "Can you catch them all?"

You wander around a modern fantasy world collecting and battling over 100 different monsters.

You'll be able to fully customise your character, including their gender, skin colour, clothes, hair, and accessories.

It'll also have online play with 1v1 tournaments and, perhaps, other battle formats - that much is yet to be set in concrete. 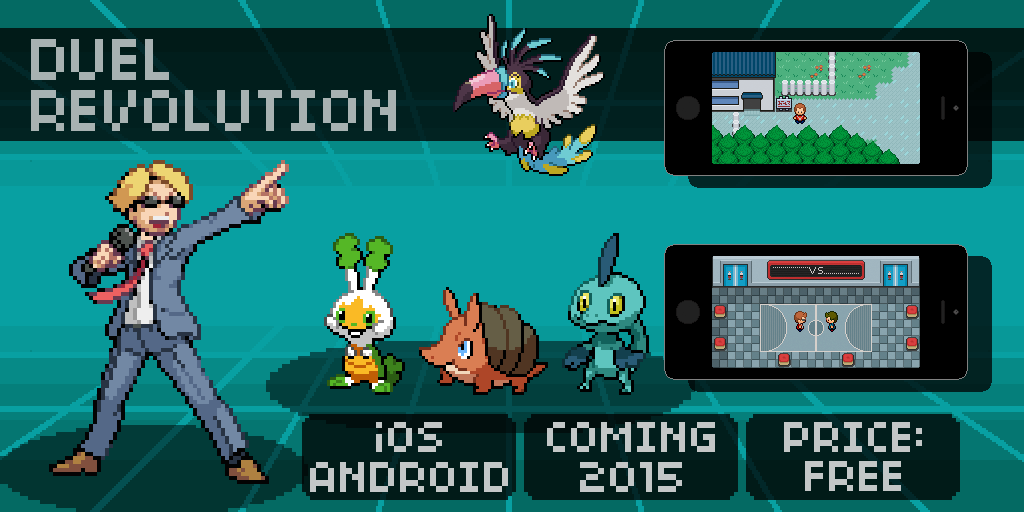 The plan is to let you download it for free in early 2015. And then, every three months, a new chapter with new monsters, places, tournaments, characters, and events will be released.

So, if you're an iOS or Android player looking for a Pokémon-style RPG, Duel Revolution might be the game you're after.

You can find out more about it on its official website.