Huuuge Games, Universal Games and Digital Platforms have all teamed up to create a bubble shooter based on Trolls and Trolls World Tour. The game is called DreamWorks Trolls Pop and is available now for both iOS and Android.

If you're familiar with the bubble shooter genre then you'll already have a good idea of what to expect from DreamWorks Trolls Pop. Players will look to pop bubbles by firing their own into them whilst making sure the colours match, which when aimed correctly can set off a chain reaction that can really boost your score. 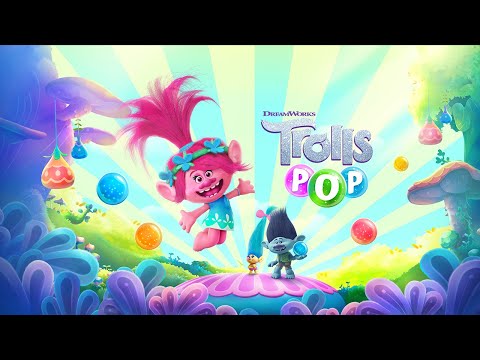 Along the way, you'll collect new Trolls, there are 15 available at launch including the likes of Poppy and Branch. Each Troll will have access to different powers that can be used to blast through the levels. These include Line Blast, Vertical Blast and Big Blast among others. Each of the characters will also have six different outfits to choose from.

On top of that, there will also be power-ups that can be used regardless of your current Troll setup. These include Magic Missile, Rainbow Bubble and Razzle Dazzle. You can check out some of these power-ups in action in the embedded trailer above.

There are 300 different levels available at launch with the developer planning to add more in future. Beyond that, there are also Special Missions to complete that will net players chests that are filled with stickers which can be used to collect additional Trolls.

Huuuge Games are looking for longevity with this game then, with the promise of additional stages. They also plan to frequently hold Limited-Time Events that will provide new challenges, Trolls and costumes for them to wear.

DreamWorks Trolls Pop is available now over on the App Store and Google Play. It's a free-to-play game with in-app purchases.

Interested in other upcoming games? Here are some of the best available in soft-launch
Next Up :
Stand at the top of the mafia world in strategy game Don of Dons out now on Android in select countries