Get your Pawns in place for April 23rd

Dragon's Dogma is an RPG I've heard loads of people yammer on about for years now but still never got around to playing, largely because I just don't have the time or energy to sink 60+ hours into games anymore. I mean, between needing about 10 hours of sleep each day and having to run this website, I barely even have time to eat.

Thankfully, Capcom has announced that Dragon's Dogma: Dark Arisen, the expanded re-release of the game launched back in 2014, is now coming to Switch, giving me yet another platform to completely forget to play it on and then have people go "OMG you'd LOVE it though" because of that.

If you've never heard of Dragon's Dogma before, it's a JRPG which focuses its action around recruiting Pawns to fight alongside you, but without directly controlling them. You can also climb up the larger creatures you battle, which is pretty exciting and not something you'd expect from an RPG. 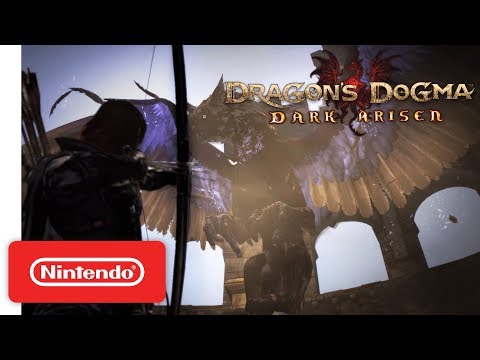 To be honest, I don't really know a lot about Dragon's Dogma. It's always looked a little bit just like every other fantasy RPG out there to me, but I'm happy to be proven wrong. And, as with all massive games, it'll be nice to have a portable platform that goes into sleep mode at the touch of a button.

You can expect Dragon's Dogma: Dark Arisen to fly onto the eShop on April 23rd, probably in the region of £19.99/$19.99 based on my vague knowledge of how much it costs on other platforms. Given that it's launching five years after every other console, it definitely won't be a full-price title.

Already sunk your life into Dragon's Dogma but psyched to give it another go on Switch? Never played it before but it looks right up your alley? The comments are below, go wild with letting us know.